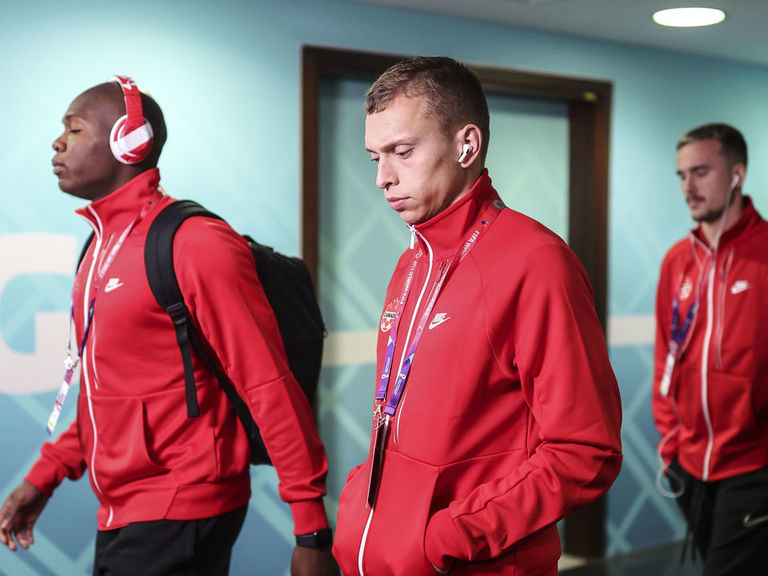 Canada is targeting its first-ever World Cup point in its last group-stage game against Morocco on Thursday.Defeat to Croatia on Sunday officially eliminated Canada from contention at the 2022 World Cup, but full-back Alistair Johnston said the team will aim to end the tournament on a high."We still need everyone behind us, and we're still trying to make history," Johnston said Monday, according to TSN. "We scored a goal, which was a really special moment. So now, we're looking for that first result, and that Morocco game is going to be a great chance."He added: "We have a really good young group, and it does make a difference getting that first goal. It changes something mentally."To be able to get that first win, first draw, first result. Just to be able to say you've done that and been a part of that helps alleviate some of those mental barriers."Canada recorded its first-ever World Cup goal two minutes into Sunday's Group F contest, courtesy of an Alphonso Davies header. But an experienced Croatia outfit stormed back into the match, scoring four unanswered goals to seal Canada's elimination with one match to spare."There’s definitely gaps for us to close, and this experience will only help us going into (the) Morocco (game) and further back in CONCACAF," Johnston said. "(Croatia) never looked uncomfortable, they never looked fazed, and they realized their time will come in that game."Once they kind of got a grip of the game, we found it very difficult. There's a reason why they took that team to the 2018 World Cup final."The lopsided 4-1 defeat came just days after John Herdman's squad earned worldwide praise for an inspired performance in its narrow loss to Belgium - Canada's first World Cup game since it last qualified in 1986.Copyright © 2022 Score Media Ventures Inc. All rights reserved. Certain content reproduced under license.