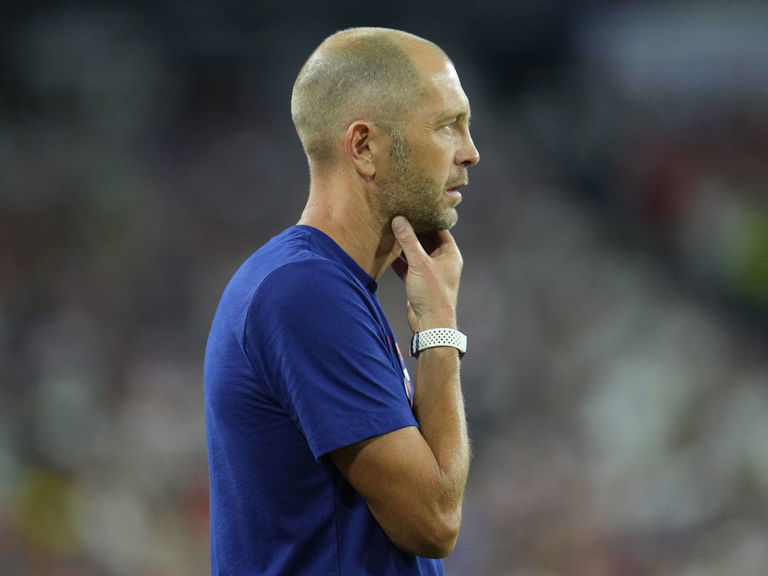 United States men's national team coach Gregg Berhalter will soon enter discussions with U.S. Soccer over a new contract, sources told Jeff Carlisle of ESPN.However, he remains interested in exploring coaching opportunities with European clubs, Carlisle adds.The potential extension of Berhalter's USMNT deal is described as being "very early" in the process, Carlisle reports.His current contract expires at the end of the calendar year.Berhalter is coming off a World Cup in which he helped the United States reach the knockout stage after finishing second, behind England, in Group B. The Americans were eliminated with a 3-1 defeat to the Netherlands in the round of 16. The 49-year-old said he needed time to "decompress" after that defeat before considering his managerial future.The U.S. will likely seek a final decision from the coach before an upcoming January training camp that'll include a pair of friendlies at the end of the month against Serbia and Colombia.Berhalter was handed the reins Dec. 2, 2018. He was tasked with rebuilding a team that had failed to qualify for the 2018 World Cup, and he largely achieved that goal by introducing several young players into the fold who became key pillars in Qatar.He was also able to recruit dual nationals like Sergino Dest and Yunus Musah.But the former defender, who made 44 appearances for the U.S. during his playing career, has often faced intense scrutiny for his tactical decisions and in-game management. He's authored some impressive victories, including a pair of wins over rival Mexico in 2021 to claim both the CONCACAF Nations League title and Gold Cup. But a rocky qualifying campaign for this year's World Cup led to questions over his suitability to take a talented group of players to the next level.Overall, Berhalter has compiled a 37-11-12 record with the USMNT.Copyright © 2022 Score Media Ventures Inc. All rights reserved. Certain content reproduced under license.