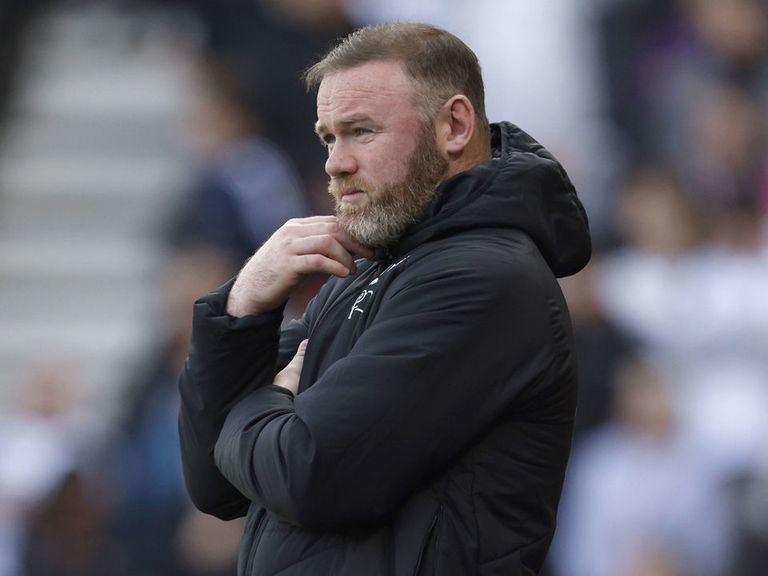 Wayne Rooney is returning to Major League Soccer.D.C. United and the club's former striker agreed on terms for the 36-year-old to become the team's new head coach, sources told Pablo Iglesias Maurer of The Athletic.The former England international was spotted late Sunday at Dulles International Airport in Virginia. He won't be on the sidelines for D.C. United's next game Wednesday against the Columbus Crew as he's still waiting on his visa, according to Maurer. Wayne Rooney has just arrived here at Dulles Int’l Airport in the DC area. He may well become DC United’s new head coach. #DCU pic.twitter.com/hZiZVQGUn4— Pablo Iglesias Maurer (@MLSist) July 11, 2022 Rooney played for the American club in 2018 and 2019, the penultimate stop in a lengthy playing career that ended with Derby County in 2021. He initially served as player-coach with the Rams before hanging up his boots to become the team's full-time manager.However, with Derby relegated to England's League One for this coming season, Rooney resigned from his post at the end of June, calling for someone with "fresh energy" to lead the club following a tumultuous financial saga.D.C. United are searching for a new head coach after dismissing Hernan Losada following a 15-month run in charge. After missing the playoffs last season, the Argentine managed just six points in six games in 2022 before he was fired.In 52 games across all competitions at D.C. United, Rooney scored 25 goals and contributed 14 assists, helping the club reach the playoffs in both years.Copyright © 2022 Score Media Ventures Inc. All rights reserved. Certain content reproduced under license.