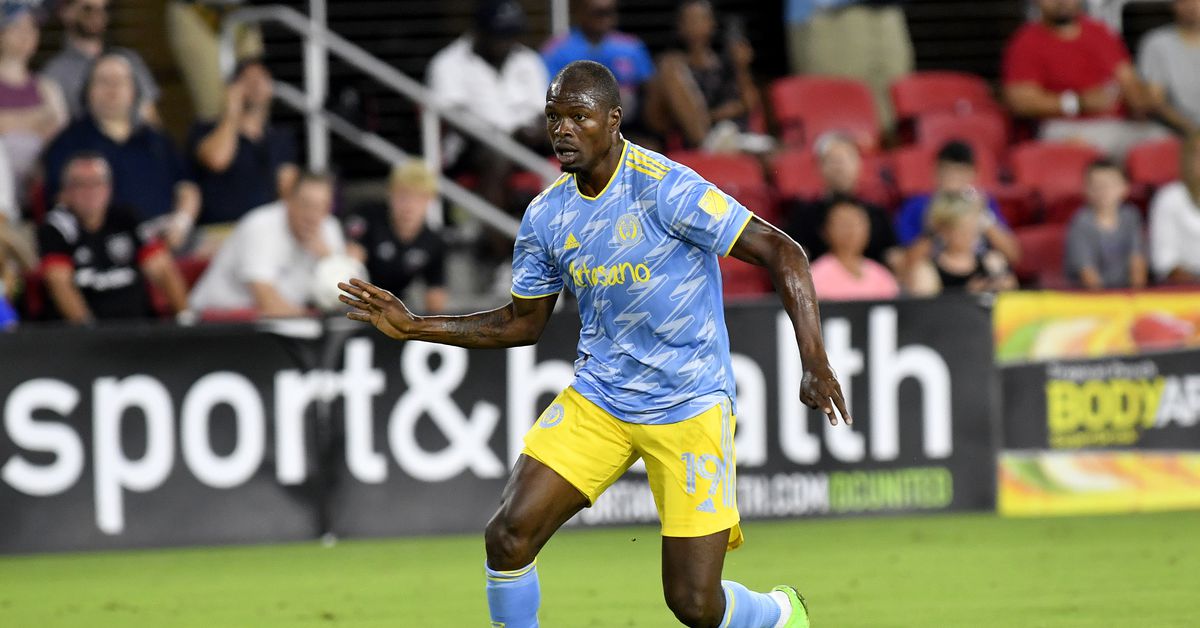 Now that Christmas season apparently starts in November, it’s only appropriate that we now share in the most joyous gift of all: the first full-fledged New York Red Bulls transfer rumor of the offseason.

On Wednesday night longtime Red Bulls beat writer Kristian Dyer reported that New York was close to a move for Cory Burke, the Jamaica international forward released by Philadelphia Union earlier this month. Burke indeed has followed the Red Bulls on Instagram and then some.

Burke spent seven seasons in the Philadelphia organization, beginning with a stint in USL with the now-defunct Bethlehem Steel operation before becoming a valuable rotational striker for Jim Curtin at first team level over recent seasons. Burke scored 25 goals in 93 appearances for the Union, though his stint was not without hiccups including a visa issue that forced a loan back to the Jamaican league in 2019 and an incident the previous season in which Burke was substituted at halftime after an on-field argument with teammate Borek Dockal.

But Burke would arrive with some specific seasoning that New York would appreciate. Burke has adapted to Philadelphia’s pressing system installed since the arrival of former Salzburg executive Ernst Tanner, and Burke sits in the 99th percentile among MLS forwards in several defensive metrics according to FBRef. Burke even played a stint in Austria during the back end of his aforementioned visa misadventure, logging 4 goals in 11 appearances for St Polten in early 2020. Burke has occasionally caused direct pain for the Red Bulls, most recently scoring the winner in a 1-0 result in Chester in early 2021.

In many ways the 6’4” Burke offers a like-for-like upgrade on New York’s incumbent battering ram target forward Tom Barlow, frequently favored by head coach Gerhard Struber for his hard running and aerial presence. But depending on the path the offseason takes under first-year sporting chief Jochen Schneider, Burke could also prove to be a complement to rather than replacement for Barlow and instead become the heir to the place in the squad held by previous target men Fabio Gomes and Ashley Fletcher. Indeed Burke was on a $450,000 salary last season, and his signing could require an allocation spend to not take up a large chunk of cap space. Schneider had declared the team would sign a striker with experience scoring in MLS during his postseason press conference, and the addition of Burke would appear to be a quite literal follow-through on such a promise.

Along these lines, the 30-year-old Burke also represents a potential shift in recruitment policy for New York after a season in which Struber frequently blamed losses on the youth of his squad. While Burke has never shouldered an entire seasonal load as a starter with Philadelphia, his experience in big games both in the MLS playoffs and internationally with Jamaica will be valued. With the return of veteran captain Aaron Long in doubt, the addition of experienced heads will likely become even more of a focus for the Red Bulls as the winter rolls in.