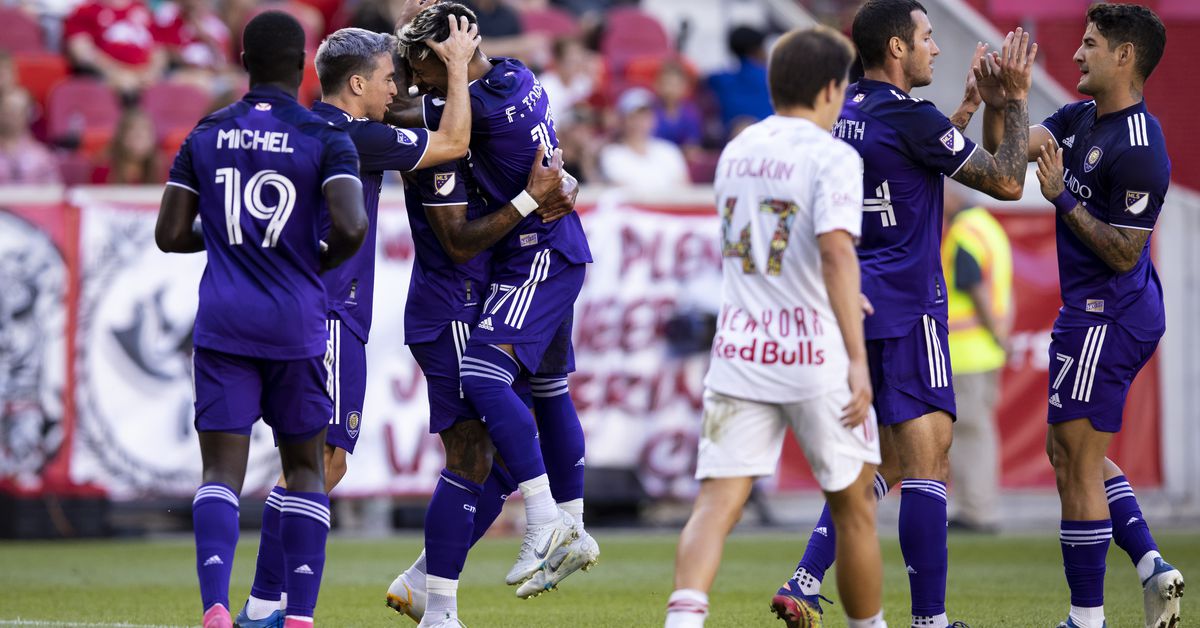 It hasn’t been very long since the New York Red Bulls last met up with Orlando City. It did not go according to plan. The Lions eliminated the Red Bulls from the Lamar Hunt US Open Cup in dramatic fashion. New York’s run of form has offered little consolation since, so fans came to Red Bull Arena on Marvel Super Hero Night hoping for on-field heroics.

You and I go hard

The opening fifteen minutes held a lot of movement around the pitch, but very little threat. The first real chance for the Red Bulls came just three minutes into the match, a shot from distance by Lewis Morgan that went over the crossbar. Red Bull returnee Kyle Duncan sent a free kick over the net as well. Lead referee Rubiel Vazquez had also issued one yellow card for each team in that quarter hour (John Tolkin 12’ and Joao Moutinho 16’).

Try to tell you ‘no’

Orlando City’s Facundo Torres opened the scoring in the 17th minute. A perfectly threaded shot past RBNY goalkeeper Carlos Coronel put a pit in the collective stomach of the crowd. Chasing the match for the rest of the first half, a few chances arose for the likes of Patryk Klimala, Morgan, and Tolkin. Unfortunately the results were so many shots off-frame. Even with four extra minutes in the first half, New York went to the locker room down a goal.

The home side worked to turn things around and indeed had some opportunities while charging toward the South Ward. John Tolkin drew fouls and put in crosses. Substitutes Omir Fernandez and Cameron Harper put their fresh legs to work creating chances for Klimala and Luquinhas. There were even a few sparks that emboldened the fans, going right up to the final whistle. There were fifteen shots on the night, but only one on target. What good can that do?

I’ll only stay with you one more night

There are moments where the players look lost. Like they aren’t sure what has to be done. I can’t say that I know any better, but I would think someone has to. Are the players buckling from exhaustion? Frustration? There is still time to bring back decisive wins and constructive urgency. So I cross my heart and I hope to die that I will stay with this team.