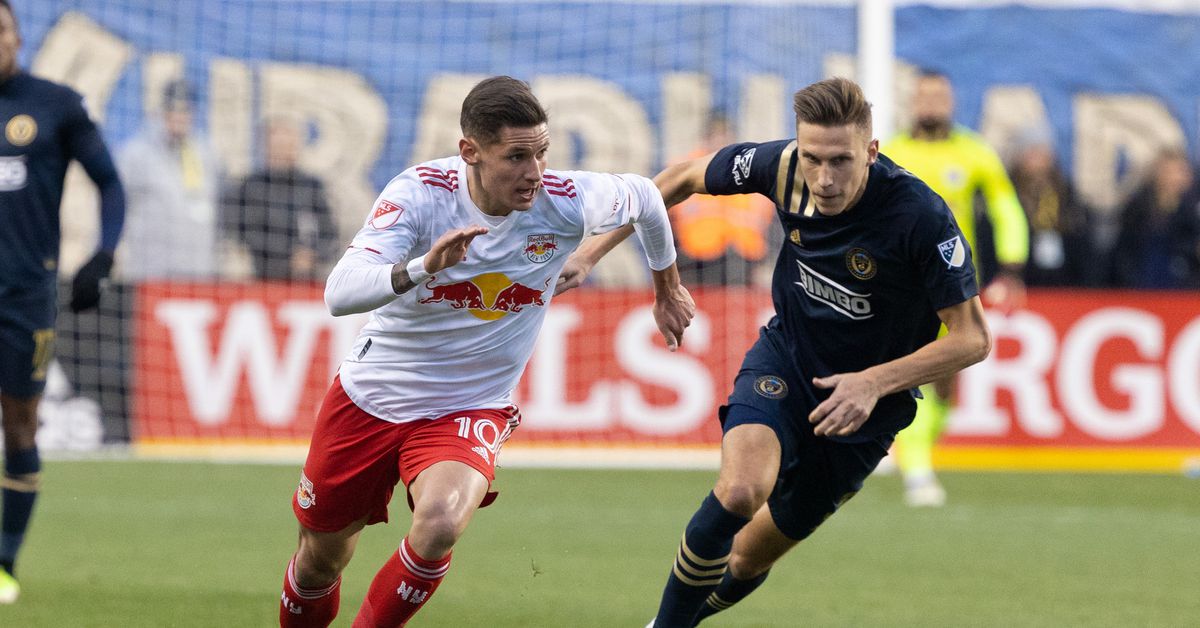 The Other Guys: Philadelphia Union

Patryk Klimala battles Jack Elliott in last year’s playoff matchup in Chester. | Bill Streicher-USA TODAY Sports We speak to sibling site Brotherly Game to learn more about Philly ahead of tonight’s match With the New York Red Bulls facing neighborly foes Philadelphia Union for the first time in 2022, we turned to our friends at SB Nation sibling site Brotherly Game to find out what to expect in a game where first place in the conference is at stake for both sides. BG writer Joe Lister answers our questions and offers his thoughts on Saturday’s matchup in Chester. OaM: With first place in the conference at stake in Saturday’s matchup, how confident are Union fans about trophies compared to recent seasons? Red Bulls manager Gerhard Struber said that Philadelphia is a few steps ahead of New York in building their squad — does this team feel special? It was said going into this year and it’s still true now: this is the Union’s year for the MLS Cup. They’ve been building up for years, and it feels like they finally have all the pieces to their puzzle. It’s harder to find holes in this squad. The only weakness comes in attacking substitutes, but the Union doesn’t seem to need them anyways. OaM: Are there any injuries to key players for this year’s Union? Any lineup/selection experiments we might see? Mikael Uhre, who was this offseason’s big signing up top, is missing quite a few games with quad discomfort. It’s nothing big, Jim Curtin and Co. just don’t want to injure their $7,000,000 man. Uhre should come off the bench against Red Bull. Other than that, the team is very healthy. The Union consistently plays with the same lineup and formation. Last season, when there weren’t many options at striker, Curtin employed a “Christmas tree” 4-3-2-1 formation, but this season he’s been consistent with his 4-1-2-1-2. Given Uhre’s situation and the backups’ failures to produce goals, I would love to see a Christmas tree this week, but it won’t happen. OaM: If the Union beat the Red Bulls on Saturday, how will they do it? How has Philadelphia won their games in 2022? The Union will beat Red Bull off of sheer talent and home field advantage. That being said, both teams are very good this year. Red Bull is incredible when they’re on the road, and the Union is very good at home. They obviously play similar systems, but I think that without Uhre’s runs through the backline, it will be tough to put one past the New York defense. Lineup: Blake; Harriel, Glesnes, Elliott, Wagner; Martinez; Bedoya, Flach; Gazdag; Carranza, Burke Score: 1-1. I think that the style of the two team’s offsets, as well as their strengths on the road vs. at home. A lot of Union vs. Red Bull games can be sleepers because of the tactical similarities, but I think that this game can be a good one.

A Couple Or Three Things: Red Bulls on their grindset with 1-0 win in KC

A Couple Or Three Things: Red Bulls on their grindset with 1-0 win in KC