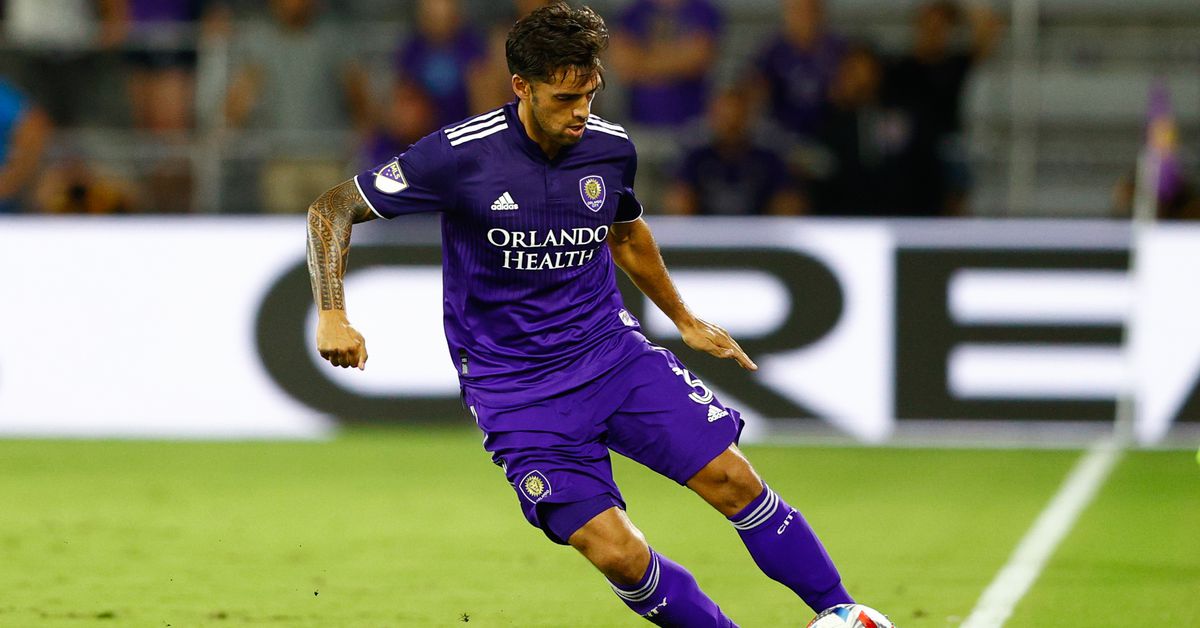 Nathan Ray Seebeck-USA TODAY Sports The experienced left back gave Orlando some needed depth and decent defending. Orlando City signed left back Emmanuel Mas during the summer transfer window for more depth at the position. Mas landed in Orlando as a free agent after spending multiple seasons with Boca Juniors in Argentina. The 32-year-old did well filling in for Joao Moutinho, who struggled to stay healthy throughout the season. Let’s dive into how the Argentine defender performed with the Lions this season. Statistical Breakdown As mentioned above, Mas didn’t join Orlando until the summer and his debut came in a 5-0 loss against New York City FC at Yankee Stadium. It was a rough introduction to Major League Soccer, but Mas settled in as the season wore on. He appeared in 16 games over the course of the regular season, racking up a total of 682 minutes. Seven of those 16 appearances were starts as Mas became more of a presence late in the season. He completed 80.4% of his passes to help build possession through the left. Mas lacked the offensive bite that Moutinho gives the Lions when on the field as he was only accurate on two of his 13 attempted crosses in open play. He didn’t score but had one assist, although it was more by happenstance than skill as the ball found Ruan open in the box to score in Orlando’s 4-2 loss to CF Montreal. Of his four shots, two were on target while another was blocked and he also had seven key passes. Mas was defensively sound with 23 tackles, 25 interceptions, 16 clearances, and two blocks. He won six fouls while committing seven without being booked. Mas started in the team’s 3-1 playoff loss to Nashville SC, leading Orlando with 85 touches before being subbed off in stoppage time. He completed 83% of his 54 passes and had a key pass with a long throw-in. Although he was beaten for speed on a run from the flank to the middle by Hany Mukhtar on Nashville’s second goal, Mas still had a decent defensive performance with three tackles, three interceptions, and three clearances. He also came on late for four minutes of action in the team’s 1-0 loss to Santos Laguna in Leagues Cup play. Best Game The left back had a pair of good performances in wins against D.C. United and FC Cincinnati in October, but his strongest outing was in Orlando’s 1-1 draw on Halloween against Nashville. He played every minute of the match and led the team with 93 touches while completing 57 of his 67 passes for an impressive 85% success rate as well. While none of his three crosses were successful, he had two key passes to set up shots from range for Nani. His lone shot of the game was blocked but the deflection set up a good opportunity for Chris Mueller in the box. Defensively, Mas led the team with five interceptions against Nashville’s capable offense. He also did well in the 88th minute when defending against Hany Mukhtar, closing down on him to block a shot that could’ve caused trouble for the Lions with the game tied. Mas was involved in the match from start to finish against one of the league’s best clubs in 2021. 2021 Final Grade The Mane Land staff decided on a composite rating of 6 on our 10-point scale for Mas. He joined Orlando at an ideal time to back up Moutinho and relieve Kyle Smith, who had played every minute up until that point. Although he lacked the crossing ability and pace to make an impact on offense, he was brought in to shore up the left back position and did just that. He was efficient with the ball at his feet and his long throw-ins gave the team some more options in the final third. Ultimately, Mas was a nice addition to the team as the injury bug bit the Lions hard during the summer. 2022 Outlook Mas won’t be a part of Orlando City’s plans in 2022 as the club declined the option on his contract for an additional year. Unlike the young Homegrown Players and draft selections that Orlando also declined the options of, Mas is 32 and struggled at times when dealing with some of the league’s quicker forwards. The club will likely hunt for a younger option at left back who can be more of a threat on offense as Head Coach Oscar Pareja likes to attack defenses from wide areas. As for Mas, a return to Boca Juniors in Argentina or another South American team would allow him to be closer to his family. He may not be a high-flying wingback capable of scorching defenders, but Mas can bring stability to a back line and help build possession. Previous Season in Review Articles (Date Posted) Alexander Alvarado (11/26/21) Raul Aguilera Jr. (11/27/21) Alexandre Pato (11/29/21) Adam Grinwis (11/30/21) Michael Halliday (12/2/21) David Loera (12/2/21) Mason Stajduhar (12/3/21) Silvester van der Water (12/4/21) Matheus Aias (12/5/21) Joey DeZart (12/6/21) Uri Rosell (12/7/21) Tesho Akindele (12/9/21) Andres Perea (12/10/21) Rodrigo Schlegel (12/13/21)