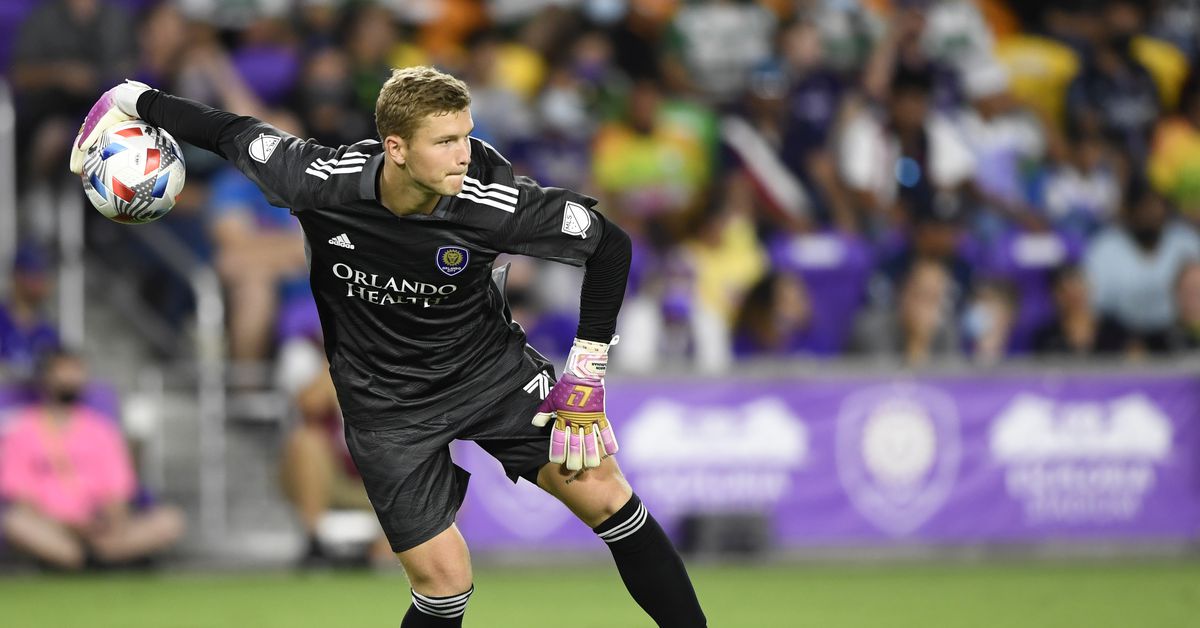 Photo by Douglas P. DeFelice/Getty Images The Homegrown goalkeeper made his first starts for Orlando City in 2021. Mason Stajduhar has been with Orlando City for a long time. He originally started out in the club’s youth ranks before being signed to a Homegrown Player contract all the way back on Nov. 9, 2015. Due to his young age and a bone cancer diagnosis back in 2017, he had not made any appearances with the senior side before this season. That changed when he took the field as the starting goalkeeper in OCSC’s 3-2 win over Atlanta United at Exploria Stadium, and he played four more times in the league and once in the Leagues Cup. Statistical Breakdown During his five appearances in MLS, Mason compiled a record of 2-0-3, and lost during his and the team’s lone appearance in the Leagues Cup. He had a save percentage of 66.7%, and recorded four punches, seven clearances and one clean sheet. He also only conceded multiple goals on one occasion, during his first ever start for the club. He passed the ball at an 80% rate, and did not win or concede any fouls or receive any bookings. Best Game Picking from a pretty small sample size, the best game of 2021 for Mason has to be the 1-0 win over the Chicago Fire back on Aug. 21. For starters, he recorded his first MLS shutout, which is always cause for celebration. Beyond that though, the stats back up that he had a great performance. Stajduhar made five saves, passed the ball at an 83% rate, made three clearances and won three aerial battles. He also made two hugely important saves in the game, with the latter coming in second-half stoppage time, preserving all three points for the Lions. Here’s a look at one of his biggest stops: That is a big one #VamosOrlando | #ORLvCHI pic.twitter.com/SWcp65fm14— Orlando City SC (@OrlandoCitySC) August 22, 2021 In fact, yours truly gave him a rating of 8 out of 10 and the Man of the Match award. It was the last game he played in 2021, but it was also the best one. 2021 Final Grade The Mane Land staff awarded Stajduhar with a rating of 7 out of 10 for the 2021 season. After making his long-awaited debut as a Lion, the goalkeeper put in a string of steady performances off the bench in Pedro Gallese’s absence. Things looked to be getting off to a shaky start after conceding two-long range goals against Atlanta, although both were of the unstoppable variety, but following that initial performance Stajduhar righted the ship and he looked better in between the posts with every game that passed. 2022 Outlook Stajduhar had the option year on his contract exercised during Orlando City’s end-of-year roster decisions so he will return to the team for the 2022 season. With Pedro Gallese still under contract, Stajduhar will likely be duking it out with Adam Grinwis for the backup position. With the World Cup taking place during the winter next year there probably won’t be as many opportunities to fill in for El Pulpo when he’s away on international duty. However, If the U.S. Open Cup is hosted next year then it’s possible Mason will be the goalkeeper for that and any other cup competitions that the Lions take part in so he should still see some playing time here and there while continuing to develop. Previous Season in Review Articles (Date Posted) Alexander Alvarado (11/26/21) Raul Aguilera Jr. (11/27/21) Alexandre Pato (11/29/21) Adam Grinwis (11/30/21) Michael Halliday (12/2/21) David Loera (12/2/21)