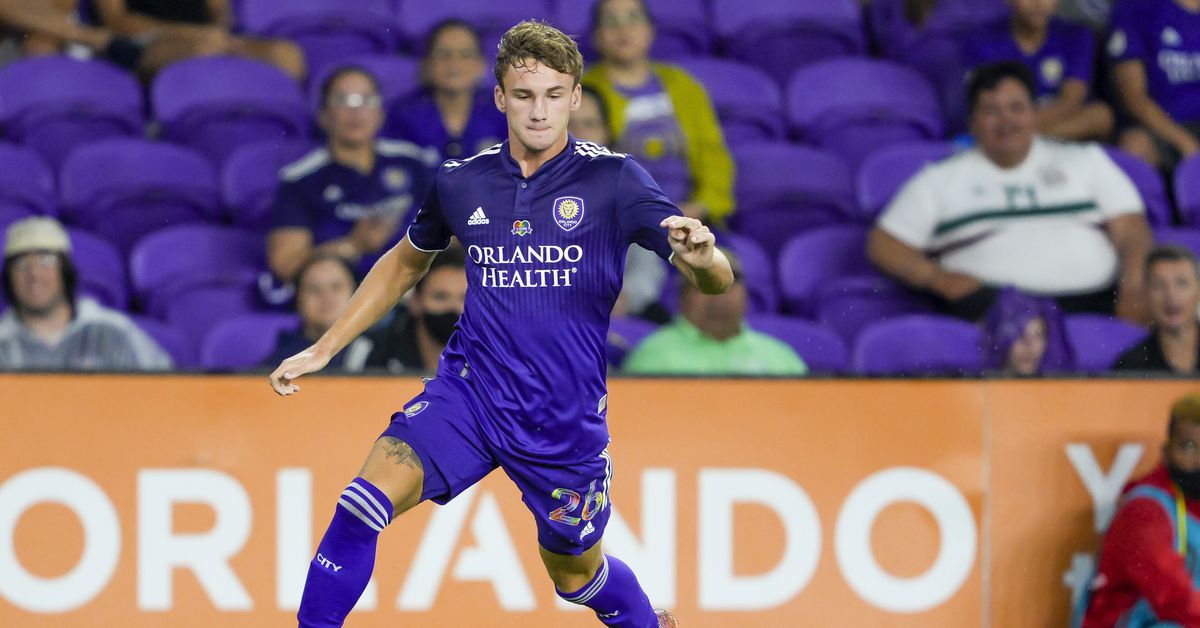 Photo by Andrew Bershaw/Icon Sportswire via Getty Images A rash of injuries allowed the Homegrown fullback to see some playing time in 2021. Orlando City signed Michael Halliday to a Homegrown Player contract on July 15, 2020. Halliday was a product of Orlando City’s development academy since 2016, and was the eighth Homegrown Player signed by the Lions. He spent the 2020 season with Orlando City B, but the 18-year-old moved up to the first team for the 2021 season. Halliday wasn’t expected to see much playing time with Ruan and Kyle Smith ahead of him on the roster, but Orlando City’s numerous injuries to the back line provided an opportunity for the youngster to make some appearances. Let’s take a look at his first MLS season with the Lions. Statistical Breakdown Halliday played in six matches, started four, subbed off in three of those, and logged 383 minutes. He did not score a goal or record an assist, but he did register two shots, though neither was on target. He passed at a 74.6% rate (80.3% in his own half), and completed three of 12 long passes (20%). Halliday had two successful crosses and one key pass. Defensively, he made 11 clearances, three blocks, and five interceptions. He won six of nine tackle attempts (66.7%), 13 of 27 duels (48.1%), and one of five aerial duels (20%). Halliday committed two fouls, suffered two fouls, and was not booked. Best Game Halliday’s best match was the Lions’ 2-1 loss to the Chicago Fire on July 7. He played 80 minutes and provided a far-from-perfect cross that ended with Andres Perea’s first goal for Orlando City. A real heads up way to get your first City goal @andresperea06 | #VamosOrlando pic.twitter.com/UzRpI7zmTn— Orlando City SC (@OrlandoCitySC) July 8, 2021 Halliday played fairly well defensively, with two tackles, one interception, one block, and four clearances. He passed at a 70.8% rate and committed two fouls. It was Halliday’s fifth match and his fourth start, which likely contributed to his improved performance. 2021 Final Grade Because of his low total of minutes played, The Mane Land staff must give Halliday an incomplete grade for 2021. Still, the young defender improved as he saw more playing time this past season, and that should not be overlooked. He doesn’t have the speed of a Ruan, but given time he may develop into a good MLS right back. 2022 Outlook The exact length and terms of Halliday’s Homegrown Player contract are not known, but Halliday is still under contract, is very young, and he will look for opportunities to grow, learn, and improve next season. A loan is possible to help his development, but given what happened with injuries last season, I think Oscar Pareja might be a bit shy about letting him go. I expect he will be with Orlando City for the 2022 season. Previous Season in Review Articles (Date Posted) Alexander Alvarado (11/26/21) Raul Aguilera Jr. (11/27/21) Alexandre Pato (11/29/21) Adam Grinwis (11/30/21)