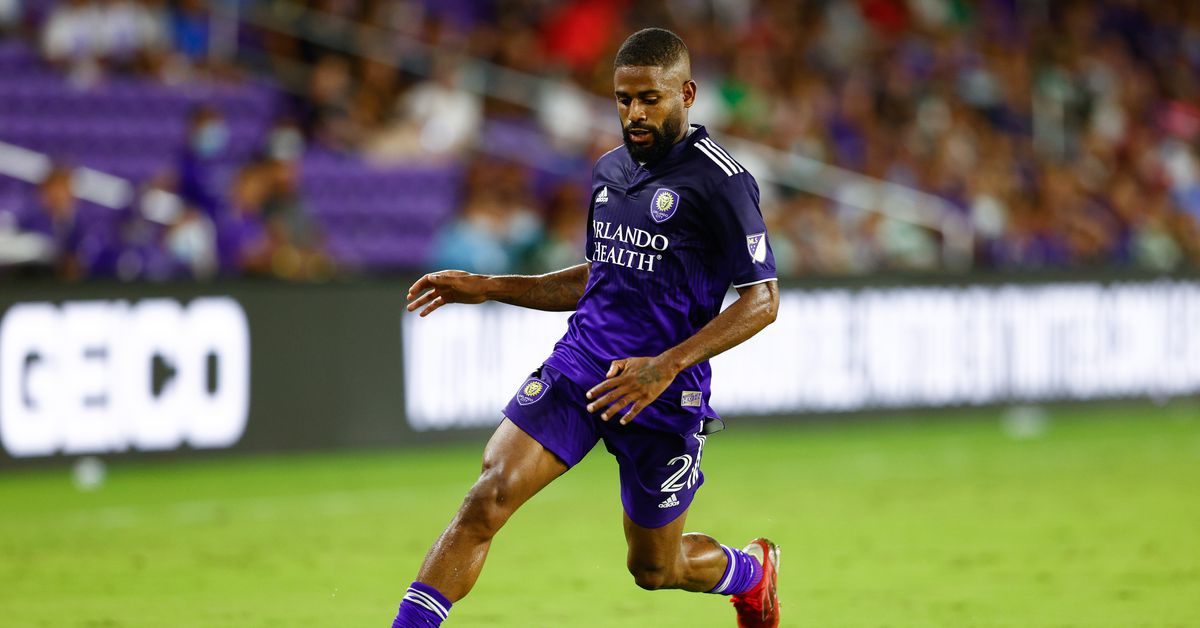 Nathan Ray Seebeck-USA TODAY Sports The Brazilian right back used his speed to give opposing defenders headaches again this season. The 2021 MLS season was Ruan’s third year as a Lion after Orlando City signed him on Jan. 16, 2019. Known for his speed, the Brazilian right back did well this season on both sides of the ball as he beat defenders and chased down loose balls. While areas of his game still need improvement, Ruan had a decent third season in Orlando. Let’s dive into how he performed this year. Statistical Breakdown Ruan made 24 appearances during Orlando’s regular season, playing 1,888 minutes. Of those 24 appearances, 21 were starts as he held down the right back position when available. He stepped up his game offensively in 2021, scoring his first MLS goal on Sept. 16 against CF Montreal. Ruan scored again just three days later with a nice header to beat the Philadelphia Union’s Andre Blake at the far post. The defender finished the year with nine shots, putting five on target while three were blocked. He had the same amount of assists as last year, with four, but racked up 25 key passes in the regular season, a total that is just one shy of matching his past two seasons combined. Ruan passed at a decent 82.3% success rate in 2021, but was only accurate on 16 of his 73 attempted crosses. His 12 tackles were much lower when compared to the 48 he had across all competitions last year. However, he did rack up 41 clearances, his most since joining Orlando. Ruan also finished with 13 interceptions and no blocked shots. He committed 18 fouls while drawing 23, and was shown yellow just once. Ruan played every minute of Orlando’s playoff match against Nashville SC but was not able to make much of an impact, ending the game with no key passes or defensive stats. The Brazilian also started in Orlando’s Leagues Cup match with Santos Laguna and had a shot that was off target and recorded two key passes. Best Game The 26-year-old had flashes of skill throughout the year but his best game came on Aug. 22 in a 1-0 win at home against the Chicago Fire. Although he didn’t have a goal or an assist, Ruan put in a complete performance as he used his speed to constantly get involved on offense and help Orlando earn a shutout after conceding a goal in the past 10 matches. Both of Ruan’s key passes in the match came from crosses as he whipped in good balls from the right side of the pitch. The better of the two was this driven cross that nearly resulted in an assist as it found Chris Mueller open in the box. Getting up for it 0-0 | #ORLvCHI pic.twitter.com/9SV3QJrMrJ— Orlando City SC (@OrlandoCitySC) August 22, 2021 Ruan was also successful on two of his long ball attempts and finished with 34 passes at a 74% completion rate. Defensively, Ruan led the team with three interceptions and also made a tackle and five clearances to help keep the Fire contained. He also won both of his aerial duels, which is pretty good for a fullback of his stature. While Chicago’s offense was far from prolific in 2021, the Fire entered the match with two wins and five goals in their past three matches. Ruan stepped up on defense to secure the clean sheet and showed some improvement at his crossing ability, which earned him a 7 in our player grades of the match. 2021 Final Grade The Mane Land staff decided on a 6.5 rating out of 10 for Ruan, the same grade he earned last year and in 2019. While there are concerns about his crossing, Ruan would likely be moving on to greener pastures if he paired service with his blistering speed. He took a step forward offensively this year by scoring his first goals in MLS. Ruan also showed a bit more creativity in the final third by improving his cutback passes into the box after rushing towards the end line. He quietly finished with the fourth-most key passes on the team this season to make an impact on offense and was decent when defending. 2022 Outlook Orlando exercised the option on Ruan’s contract so he will be back in purple next year. It will be interesting to see how he does in a full season without Mueller, who was often deployed as a right winger and worked well with the Brazilian on the right side. While Kyle Smith and Michael Halliday did well filling in for Ruan this season, neither are much of a threat to overtake his hold of the right back position so long as he stays healthy. If he can continue to develop his passing ability and decision making in the final third and become more of a scoring threat when in the box, then defenders will dread facing him in 2022. Previous Season in Review Articles (Date Posted) Alexander Alvarado (11/26/21) Raul Aguilera Jr. (11/27/21) Alexandre Pato (11/29/21) Adam Grinwis (11/30/21) Michael Halliday (12/2/21) David Loera (12/2/21) Mason Stajduhar (12/3/21) Silvester van der Water (12/4/21) Matheus Aias (12/5/21) Joey DeZart (12/6/21) Uri Rosell (12/7/21) Tesho Akindele (12/9/21) Andres Perea (12/10/21) Rodrigo Schlegel (12/13/21) Emmanuel Mas (12/14/21) Nani (12/14/21) Benji Michel (12/15/21) Chris Mueller (12/16/21) Kyle Smith (12/17/21) Robin Jansson (12/18/21) Junior Urso (12/20/21) Pedro Gallese (12/21/21) Joao Moutinho (12/23/21)