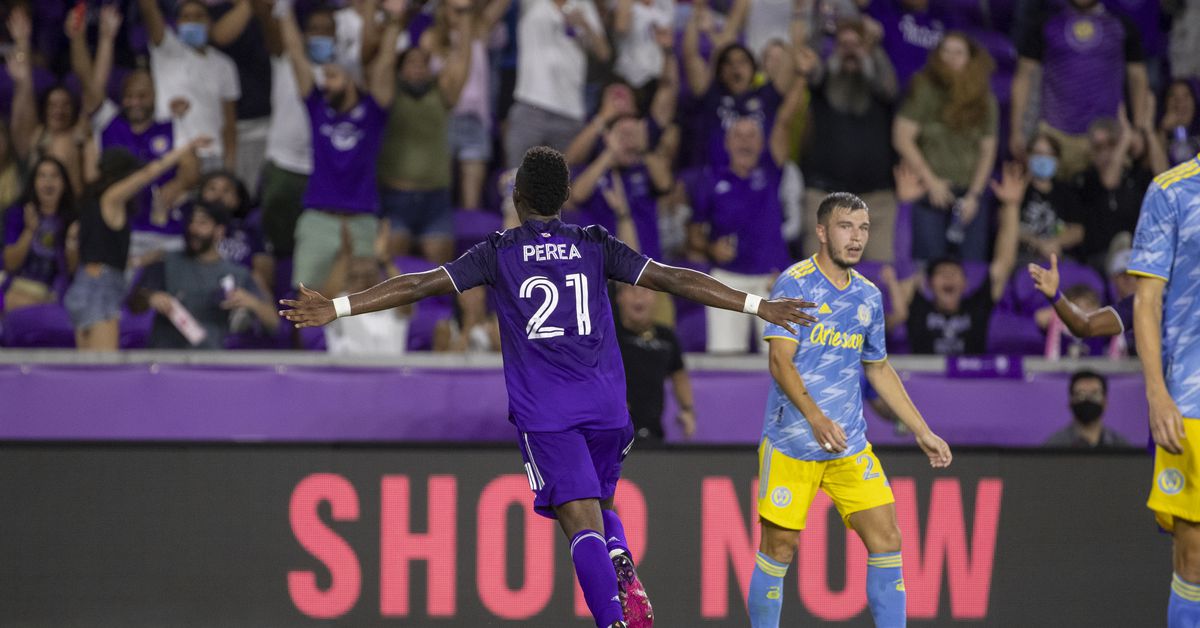 Photo by Joe Petro/Icon Sportswire via Getty Images Get up to speed on the high-flying Union ahead of tomorrow’s match. Another Orlando City match is right around the corner, with the Lions returning to Exploria Stadium after a couple matches on the road (Wednesday’s friendly against Arsenal notwithstanding). This Saturday sees the Philadelphia Union return to town, and Orlando City will try to duplicate the result of the last time the teams played, when OCSC emerged with a 2-1 victory in the U.S. Open Cup Round of 16 back in May. A date with the Union means I caught up with Joe Lister, one of the assistant editors over at SBNation’s Brotherly Game. As usual, Joe did an excellent job of helping to bring us up to speed on the team at the top of the Eastern Conference standings. It seems to be pretty smooth sailing in Philadelphia this year with the Union currently in first place. What has been key to Philly’s success this year? Joe Lister: Defense, defense, defense. It’s hard to emphasize just how good the Union’s back six players are, all the way from Jose Martinez to Andre Blake. The team has given up the fewest goals through 20 games in MLS since the 2010 LA Galaxy. Even when the offense shut down for a few months, the Union weren’t losing many matches, instead, they racked up draws and hung onto important points. Now, the Union is back in good form, spurred by the confidence given to the attack by that 7-0 win over D.C, United. The team is running like a well-oiled engine right now, and they look basically unstoppable. Mikael Uhre was the big signing for the Union during the off-season. How has he performed so far? JL: Uhre took some time to warm up to MLS. He took a while to score his first goal before he did so in Geodis Park’s baptism, but since then he’s just gotten better and better. The statistic going around the media and fans right now is that he’s scored six goals in his last nine appearances. Uhre has even noted that he isn’t totally settled in just yet, but once he gets there (though this might only happen towards the playoffs/2022) he’s a Golden Boot contender. Where is the ceiling for the Union this year? Is this a team that can/should break through and win the MLS Cup? JL: Anything less than the MLS Cup is a failure for this team. They’ve won the Supporters Sheild (albeit that it was a 2020 trophy) and in 2021 they showed that they can win the MLS Cup, had they not been hampered by a massive COVID outbreak ahead of the Eastern Conference Finals. A Shield win without a Cup win is moderately acceptable to the fanbase, but everyone feels that it’s past time to bring home a major trophy. Are there any players who will be unavailable due to injuries, suspensions, etc? What is your projected starting lineup and score prediction? JL: Jack Elliott had suffered from a hamstring injury the past two matches, which caused Stuart Findlay to stick around for an extra week before his transfer for Oxford United. However, he will presumably be back for Orlando. Past that, the Union doesn’t have any absences to note. Jim Curtin has fooled around with the starting rotation a bit more as of late, but likely the starting XI is a 4-Diamond-2 looking like this: Andre Blake; Kai Wagner, Jakob Glesnes, Jack Elliott, Nathan Harriel; Jose Martinez; LeonFlach/ Jack McGlynn, Alejandro Bedoya; Daniel Gazdag; Mikael Uhre, Julian Carranza. I think the Union struggles under the Florida sun and just misses out on a win with a 1-1 draw. As always, thank you to Joe for the excellent info on the Union. Vamos Orlando!