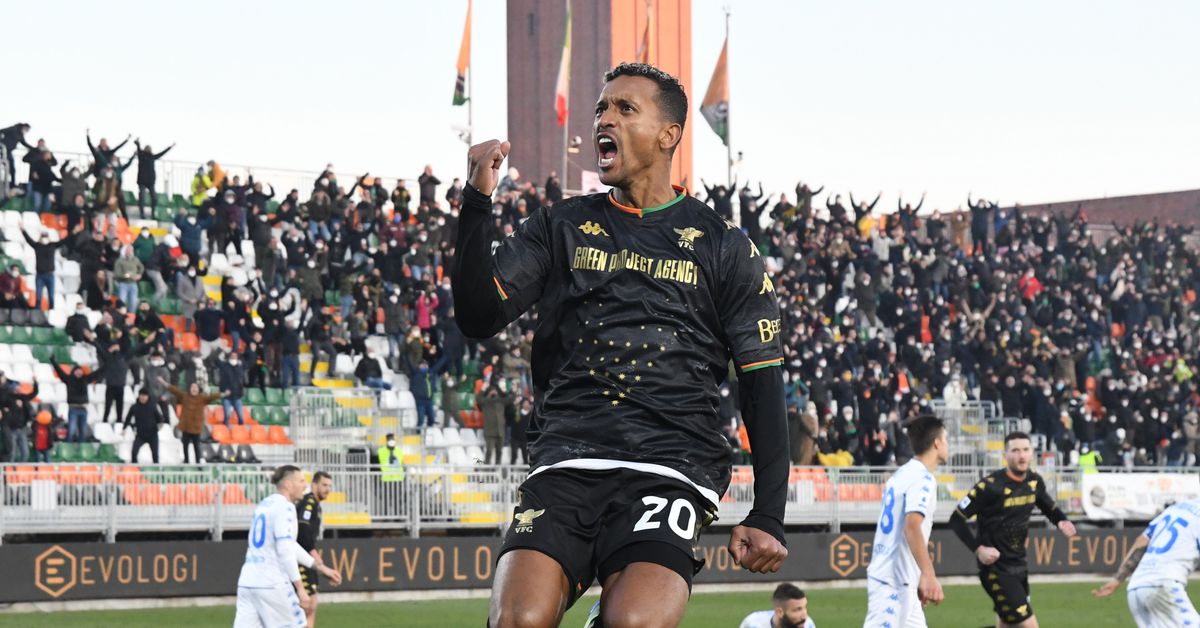 Photo by Maurizio Lagana/Getty Images Nani makes his Venezia debut, Chris Mueller looks forward to his Hibernian debut, Gallese plays for Peru in a friendly, Rafael Benitez out at Everton, and more. Merry Monday morning, Mane Landers! Orlando City’s preseason is here as the Lions get ready for the season opener against CF Montreal on Feb. 27. Even though the season is close, the preseason matches will be played behind closed doors. Still, it’s an exciting time as we all prepare for the 2022 season. Let’s get to the links! Nani Shines in His Venezia Debut You may have heard that Orlando City’s former captain signed with Venezia FC in Serie A. It didn’t take long for Nani to make an impact at his new club, assisting on the team’s equalizer just a minute after coming on as a substitute. 72' Nani subs on to make his Venezia debut 73' Nani assist ️It didn't take long for Nani to make an impact pic.twitter.com/fyhF6OXn8Y— CBS Sports Golazo ⚽️ (@CBSSportsGolazo) January 16, 2022 The 35-year-old signed with Venezia on Friday following three seasons in Orlando. It was an impressive debut for Nani, especially considering he’s had little time with his new teammates. Venezia is two points above the relegation zone after its 1-1 draw with Empoli and Nani may be crucial to the team’s efforts to stay in Serie A. Pedro Gallese Starts for Peru in Friendly In preparation for World Cup qualifying later this month, Peru and Panama played to a 1-1 draw on Sunday in a friendly. Orlando City goalkeeper Pedro Gallese started in goal for Peru and kept Panama off the score sheet until Abdiel Ayarza’s goal in the 72nd minute. Gallese made three saves in the match, including this great stop in a one-on-one situation. That's why they call him el pulpo @pedrogallese x @SeleccionPeru pic.twitter.com/CZKhectEpv— Major League Soccer (@MLS) January 17, 2022 Peru has another friendly this Thursday when it hosts Jamaica. World Cup qualifying returns next week as Gallese and Peru face Colombia on Jan. 28 before hosting Ecuador on Feb. 1. Chris Mueller Ready for Hibernian Debut Hibernian FC will take on Celtic at Celtic Park at 2:45 p.m., and it’s possible former Lion Chris Mueller will finally make his debut for his new club. If he does, it will be at one of the most intense venues in the Scottish Premier League. Mueller also spoke about how having Nani as a teammate in Orlando has prepared him for the challenges of playing in Europe. “He was a great mentor for me, as someone who plays in the same position. I played the opposite side from him, but we were both wingers. Even seeing how he carried himself in the locker room was good. He was a leader during tough times and always set the standards. “He had that winning mentality and that was something to learn from. So I was lucky to share the locker room with guys like that. You learn a lot from just watching them in training and the gym afterwards and from their professionalism. That was a real pleasure for me.” Rafael Benitez Out at Everton Everton’s long nightmare is over. Just kidding. However, the club parted ways with manager Rafael Benitez. The hire was somewhat controversial back in June when he was brought on given his past as a Liverpool manager. Now, less than a year later, Everton is yet again looking for another manager. In a statement on his website, Benitez talked about how the situation at the club was difficult due to finances and injuries. According to ESPN’s sources, Roberto Martinez is the leading candidate to replace Benitez. It would be a return to Goodison Park for Martinez, who managed the team from 2013-2016. Derby County manager and former Everton player Wayne Rooney was also linked with the job. Free Kicks Orlando City’s 2022 MLS SuperDraft picks greeted fans and are excited to get things started in Orlando. Checking in with our draft picks! Excited to get started #VamosOrlando pic.twitter.com/nj7vuzpeeA— Orlando City SC (@OrlandoCitySC) January 16, 2022 Inter Miami CF signed Jamaican defender Damion Lowe through 2023 with an option for 2024. Lowe has 41 appearances for Jamaica’s senior team and was named to the 2021 Concacaf Gold Cup Best XI. Real Madrid defeated Athletic Club 2-0 to win the Spanish Super Cup. Luka Modric put in a brilliant shift and scored to help Real Madrid claim its 12th Super Cup. It took some time for Liverpool to get going, but it eventually defeated Brentford 3-0 with goals from Fabinho, Alex Oxlade-Chamberlain, and Takumi Minamino. The Reds have needed goals from other players given that Sadio Mané and Mohammed Salah at the African Cup. There was plenty of action in the African Cup, including Equatorial Guinea handing defending champion Algeria a shocking 1-0 defeat. In order to reach the knockout stage, Algeria will need to beat the Ivory Coast, which had to settle for a 2-2 draw with Sierra Leone. That will do it for today, folks. Stay warm and vamos Orlando!