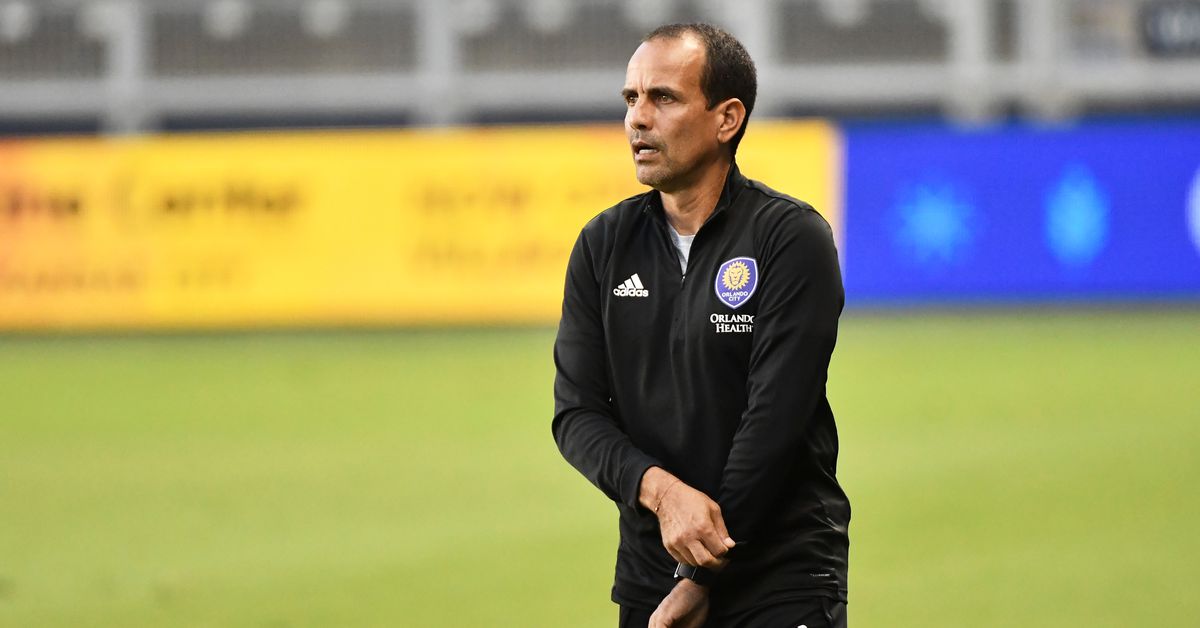 Photo by Bill Barrett/ISI Photos/Getty Images Oscar Pareja expresses confidence in Facundo Torres, OCSC acquires international roster spot, Spice World named official partner for OCSC and the Pride, and more. Hello, Mane Landers. I hope you all are doing well down in Florida. I’ve been busy trying to stay warm up here in Chicago while making the most of the slow time by catching up on shows and movies lately. We got lots to cover today so let’s get to the links. Oscar Pareja expresses confidence in Facundo Torres Orlando City Head Coach Oscar Pareja spoke about the impact winger Facundo Torres will make once he joins the team next week. Torres is with the Uruguayan national team for its World Cup qualifiers and he will have a few weeks to adjust in Orlando before the home opener on Feb. 27. “First he’s very technical, I think fans will see a player who has a lot of creativity,” said Pareja during Tuesday’s media availability at Osceola Heritage Park. “His fitness and his generosity with the team are remarkable, too. He’s a first-team player who can contribute his individual attributes to make a difference, and I hope that things come quickly. Any player needs some period of adaptation and we will have to be patient with it, but I think he’s already had important scenarios in his career that can help speed these things up.” Pareja also discussed the team’s leadership after Nani’s departure and he expects Mauricio Pereyra to play a big role in that alongside other veterans such as Junior Urso, Pedro Gallese and Alexandre Pato. Orlando City acquires International roster spot Orlando City traded away $200,000 in General Allocation Money and its natural third-round pick in the 2023 MLS SuperDraft to CF Montreal in exchange for an international roster spot. This international roster spot may be used on Austrian forward Ercan Kara, who reportedly travelled to the U.S. for a medical and is expected to join Orlando as a Designated Player. Update! Rapid Vienna’s Ercan Kara is travelling to the United States today to complete his medical ahead of his move to #OrlandoCity. Kara is expected to sign a DP deal and will take Dike’s spot in the squad. @Transfermarkt https://t.co/vsu4NFe6SG— Manuel Veth (@ManuelVeth) January 25, 2022 The Lions have also been linked with Argentine winger Gastón González, although reports suggest he won’t join Orlando until May which allows the Lions some time to either acquire or free up another international roster spot for him should he sign. Spice World Named Official Partner for OCSC and the Pride Orlando-based company Spice World, was announced as the official Herb and Spice Partner of Orlando City SC and the Orlando Pride. Spice World will work with Spectra to offer enhanced dishes for the West Club at Exploria Stadium and will also sponsor a new content series. OCSC President of Business Operations Jarrod Dillon expressed his excitement in this new partnership. “Entering into an exciting year, we are happy to have Spice World come aboard as our newest partner,” Orlando City and Orlando Pride President of Business Operations Jarrod Dillon said. “As a locally-based company, Spice World understands the importance of having a strong presence within the Orlando community and we look forward to working with them to enhance our impact as a Club at the local level. We’re excited about the opportunities this partnership brings, and look forward to all the great work we will do together.” Daryl Dike Will Be Out Eight Weeks Former Orlando City forward Daryl Dike will miss eight weeks due to a hamstring injury he sustained during his first start for EFL Championship side West Bromwich Albion this past weekend. This injury will likely prevent Dike from being called up for the United States Men’s National Team’s final qualifying window in March as he recovers. Despite this setback, Dike is staying positive and motivated to get back soon. Not the dream start i would’ve imagined, but thank you all for the support through it! I will be back stronger than ever and ready to help out❤️ @WBA pic.twitter.com/n7292Vod9A— Daryl Dike (@DarylDike) January 25, 2022 USMNT keeper Zac Steffen could be out with back injury Manchester City and USMNT goalkeeper Zack Steffen is reportedly dealing with back tightness and he has not arrived in the U.S. for the team’s qualifier tomorrow against El Salvador. Reporting with @SamLee: Zack Steffen was not in Man City’s squad this weekend due to a back injury, per sources. Steffen has not flown to U.S. yet and his status for #USMNT qualifiers remains in doubt, sources say. pic.twitter.com/i61mALyAAw— Paul Tenorio (@PaulTenorio) January 25, 2022 New England Revolution goalkeeper Matt Turner will likely be in goal for the Americans to fill in for Steffen. Turner started in the first five Concacaf World Cup qualifiers, including the scoreless draw against El Salvador on Sept. 2. The two nations meet again tomorrow as the USMNT will face an El Salvador team in need of points near the bottom of the table. The USMNT sits in second place behind Canada, which it will play on Sunday. The USMNT will then close out the window against Honduras in St. Paul on Feb. 2. Free Kicks Manchester United’s Anthony Martial will be loaned to La Liga side Sevilla for the rest of the season. The Portland Thorns closed their investigation into sexual misconduct allegations against a former coach. The NWSLPA released its response, stating that its joint investigation with the NWSL is ongoing. A statement from the NWSLPA: pic.twitter.com/IXquhprzKA— NWSLPA (@nwsl_players) January 25, 2022 The U.S. Soccer Federation announced that a record-breaking 103 clubs will participate for the 107th edition of the 2022 Lamar Hunt U.S. Open Cup . D.C. United has reportedly agreed to deals to transfer Kevin Paredes to Wolfsburg in the Bundesliga while Paul Arriola looks set to join FC Dallas. That will do it for me Mane Landers. Enjoy your Wednesday and I’ll see you next time.