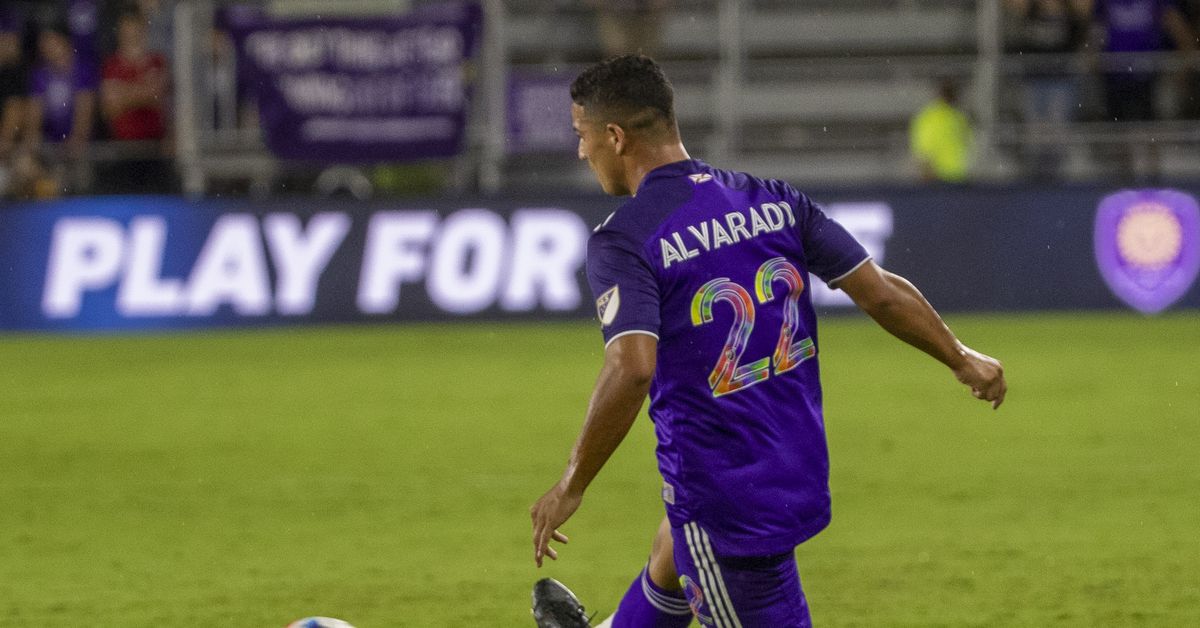 Photo by Joe Petro/Icon Sportswire via Getty Images Orlando City announces Alexander Alvarado loan, Diego Forlan weighs in on Facundo Torres, Pride sign 2021 draft pick, and more. Hello, Mane Landers. First off, a quick birthday shout out to Orlando Pride General Manager Ian Fleming. The cold weather is not letting up here in Florida and I even had to break out the heater for these frigid nights. I know some of you northerners may look at our temperatures and laugh but this Floridian is not used to it. Make sure to cozy up with a warm blanket and let’s get right to the links. Orlando City Makes Alexander Alvarado Loan Official Orlando City officially announced the loan of Alexander Alvarado to LDU of Ecuador after the Ecuadorian side initially made the deal public last week. It will be a free loan with an option for LDU to buy before Dec. 1. “Alexander is someone who has put in a lot of effort since joining our club and has always maintained a strong work ethic,” said Orlando City EVP of Soccer Operations and General Manager Luiz Muzzi. “This loan presents him with a unique opportunity to gain valuable minutes while also returning home. We look forward to seeing his growth throughout his time in Ecuador.” This could be a move where Orlando still believes in Alvarado and wants him to see regular playing time or a quick way to make room for any potential upcoming signings. Diego Forlan Weighs in on Facundo Torres If you were looking to get more details on Facundo Torres’ playing style and work ethic, Uruguay legend Diego Forlan shares his experience with the new Orlando City winger in an interview with former Lions goalkeeper and current match commentator Miguel Gallardo. .@migallardo01 caught up with @DiegoForlan7 to get to know new Lion @facutorresss a bit more #VamosOrlando pic.twitter.com/rIGzdw3giv— Orlando City SC (@OrlandoCitySC) January 26, 2022 Orlando Pride Sign Midfielder Mikayla Cluff The Orlando Pride officially signed their 2021 second-round draft pick as Mikayla Cluff agreed to terms. The BYU midfielder was a MAC Hermann Trophy finalist in 2022 when she returned to college to finish out her last year at BYU. Cluff will be called upon to grow within the Pride midfield and help provide consistent passing and contribute offensively. USMNT Match Day Primer The USMNT is back tonight at 7 p.m. to continue its World Cup qualifying journey as the Yanks take on El Salvador in Columbus, OH. To get you prepared for the match, the folks over at Stars and Stripes FC have put together a preview and what to watch for as the Red, White & Blue march onward for Qatar. MLS Transfer Roundup The biggest MLS news of the day came out of FC Dallas as the Texas side acquired Paul Arriola from D.C. United in an MLS-record trade. United will receive $2 million in General Allocation Money (GAM) as well as up to $300,000 in GAM for performance incentives. The deal also includes D.C. United retaining a 30% sell-on clause if Arriola is transferred anywhere outside of MLS. Not wasting any time, United is already looking to restrengthen its offense by pursing a deal for Michael Estrada of Toluca in Liga MX. Charlotte FC signed its first Designated Player in Polish international striker Karol Świderski from Greek club PAOK. The deal is good through the 2025 season and includes an option for 2026 with the total being around $5 million. The San Jose Earthquakes made the signing of veteran MLS defender Francisco Calvo official for the 2022 season with an option for 2023. The 29-year-old Costa Rica international has previously been the captain for Minnesota United and the Chicago Fire. Calvo will help fill the void in the San Jose defense left by Oswaldo Alanis this off-season. James Igbekeme has been loaned to the Columbus Crew for the 2022 season from Real Zaragoza of the Spanish Segunda División. The 26-year-old midfielder will take up an international roster spot and Columbus has the option to buy after his loan expires in December. Free Kicks Mauricio Pereyra is eager to help out his new fellow Uruguay teammates as Facundo Torres and César Araújo join the Lions. FOX Sports took a look at all the different clinch scenarios for the USMNT during the World Cup qualifiers. If you are curious about what is going on with the Asia World Cup qualifiers, ESPN has a rundown of the action so far. PSV’s Cody Gakpo is gauging interest from multiple English Premier League clubs, along with the rest of the latest European transfer talk. Jesse Lingard displeased with loan negotiations stalling with Newcastle United. That will do it for me today. I hope you all have a great Thursday and enjoy the USMNT match tonight.

Orlando Pride vs. North Carolina: Preview & How to Watch