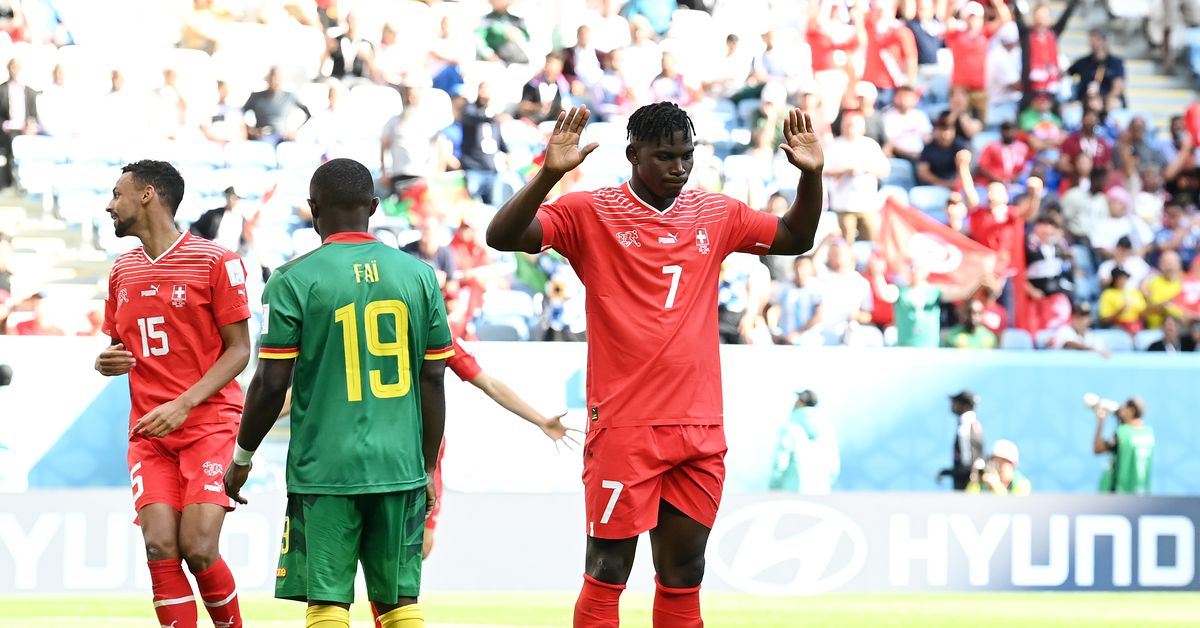 How’s it going, Mane Landers? I had an embarrassing amount of candied yams and oxtails yesterday and am not quite sure how I’m going to function today. Hopefully you all had a similarly nice holiday without any major spills or fights. For those of you who will be working in the trenches this Black Friday, I wish you the best of luck. Now, let’s get to today’s links!

The United States Men’s National Team’s World Cup campaign continues today when it faces England at 2 p.m. After a 1-1 draw with Wales earlier this week, a loss today wouldn’t eliminate the Yanks, but they would no longer be in control of their own destiny. The USMNT is the only Concacaf nation to score in the tournament thus far, with Timothy Weah finding the back of the net against Wales. Giovanni Reyna will be available for today’s match, but USMNT Head Coach Gregg Berhalter didn’t specify if the 20-year-old would play. The Yanks are certainly underdogs today, but former USMNT defender DaMarcus Beasley spoke about how the U.S. has risen to challenges like these in past World Cups.

We’ve now seen every World Cup team in action after Group G and Group H played Thursday. Cristiano Ronaldo scored from the spot in Portugal’s 3-2 win over Ghana, becoming the first men’s player to score in five different World Cups. The Orlando Pride’s Marta and Canadian forward Christine Sinclair have also scored in five World Cups. The game had a thrilling finish, but Ghana wasn’t able to find a late equalizer. In the other Group H match, Uruguay and South Korea played to the fourth scoreless draw of the tournament. Orlando City’s Facundo Torres didn’t feature in the match for Uruguay. It was still an exciting match between the two nations and it will be interesting to see how this group shakes out.

In Group G, Switzerland beat Cameroon 1-0 thanks to a goal from Breel Embolo. Born in Cameroon, Embolo didn’t celebrate the goal and stood with his arms out wide before pointing to both Swiss and Cameroon fans. After a scoreless first half, Brazil took care of business against Serbia in a 2-0 win. Richarlison scored both of Brazil’s goals, completing his brace in emphatic fashion with the best goal of the tournament so far.

Brazil may have won against Serbia, but it did come at a cost as star forward Neymar injured his ankle. Neymar was fouled a whopping nine times by Serbia, more than any other player in the World Cup so far. He was forced to come off in the 80th minute and was in tears on the bench alongside his teammates. Brazil will now wait with bated breath to see if the 30-year-old’s World Cup is over or if he will be ready to go when Brazil takes on Switzerland on Monday. He is only two goals shy of matching Pele’s record of 77 goals for Brazil.

Voria Ghafouri, who was not chosen to play for Iran during this World Cup, was arrested by Iran for “insulting the national soccer team and propagandizing against the government.” The 35-year-old has been outspoken against women spectators being banned from men’s soccer matches and called for an end to the violent response to protests in Iran. Two other former soccer players were arrested for supporting the protests as well. At this World Cup, Iran did not sing along to its national anthem in its opening match against England.

Free Kicks Orlando City center back Robin Jansson is working hard to recover from foot surgery this past October.

Charlotte FC transferred midfielder Jordy Alcivar to Ecuadorian club Independiente Del Valle for an undisclosed fee. Alcivar returns to his home country after a single season in Charlotte that includes 20 appearances. FC Barcelona is still unbeaten in this year’s women’s Champions League after a 3-0 win over Bayern Munich. Lyon and Benfica also came up with wins in their group stage matches, while Arsenal and Juventus battled to a 1-1 draw. Today’s match between the Netherlands and Ecuador at 11 a.m. may come down to a duel between forwards.

That’s going to be all I have for you today. I hope you all are able to get some rest and relaxation!