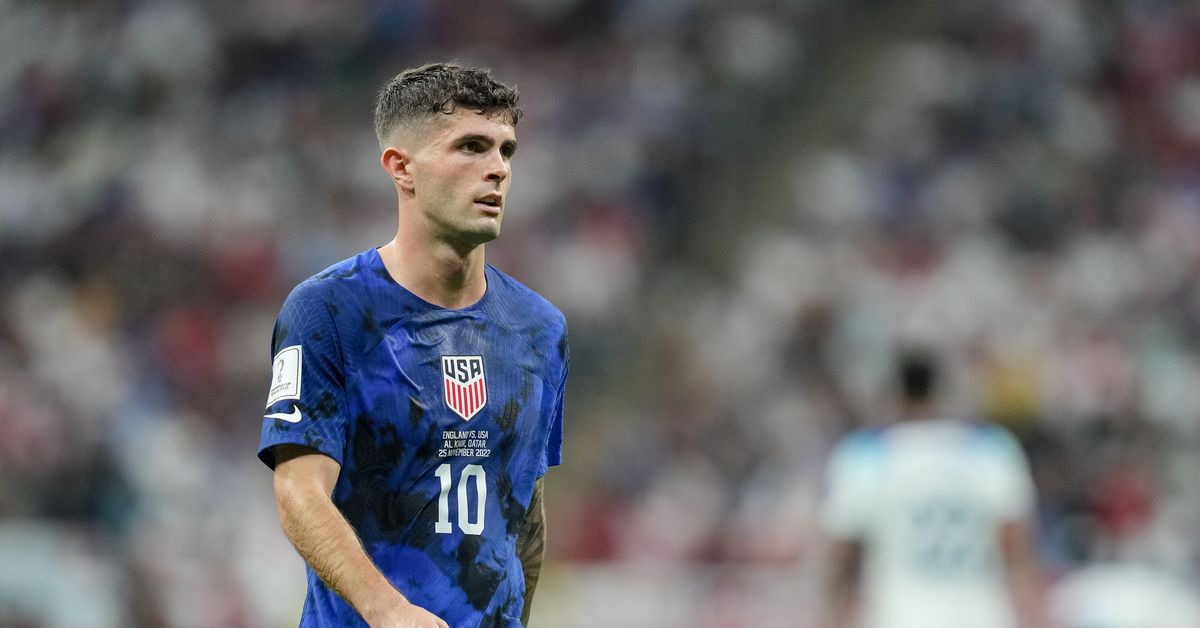 Happy Saturday, Mane Landers. I hope you all enjoyed a delicious meal or two with friends and family over Thanksgiving. Maybe, you even found a great Black Friday deal on a new Orlando City jersey. Personally, I had to cut my festivities short after finding out I have the flu. Let this serve as your friendly reminder to go get your flu shot if you haven’t already! I seem to be on the mend though and feeling a little bit better each day.

Before we drop down into the links, let’s all wish Orlando City B midfielder Erick Gunera-Calix a happy 21st birthday. Now, let’s get to today’s links!

The United States Men’s National Team fought to a scoreless draw Friday against England to earn a point against one of the tournament favorites. While the USMNT had the lion’s share of shots, the closest the Yanks ever came to burying one was a Christian Pulisic’s doink off the bar.

WHAT A SHOT by Pulisic!!!The USMNT was this close to taking the lead! pic.twitter.com/HTAs0gyshf

Throughout the match, the Yanks were able to slow down a potent England attack after the Three Lions won their last match with six goals. The back line pairing of Walker Zimmerman and Tim Ream did enough to limit the dangerous Harry Kane’s opportunities. For England, Harry Maguire seemed to be the thorn in the USMNT side as he was clinical in aerial duels, clearing away any chance that came into his box. Later in the second half, Gio Reyna came on the pitch for the first time in a World Cup match 16 years after his father played his last for the Americans. The draw also kept the unbeaten streak alive for both the USMNT and USWNT in World Cup matches against England.

The result sets up the USMNT needing a victory in its final group match against Iran on Tuesday to advance to the knockout stages. England will qualify as long as it avoids a three-goal defeat in its match against Wales.

Around the World Cup in Qatar, other teams were starting to solidify their fates in the tournament. Senegal defeated host nation Qatar 3-1 and by doing so eliminated Qatar from Round of 16 contention. Iran kept its hopes of qualification for the World Cup round of 16 alive by scoring twice in the final 11 minutes of stoppage time to defeat 10-man Wales, 2-0, and throw Group B wide open. Wales goalkeeper Wayne Hennessey was sent off in the 86th minute for a clattering foul on Mehdi Taremi outside the box.

Wales goalkeeper Wayne Hennessey has been sent off with a red card! (via @FOXSoccer)pic.twitter.com/Qw1AiNArtX

Enner Valencia has his eyes set on the Golden Boot after scoring his third goal in two games for Ecuador. The match finished 1-1 against the Netherlands. In two of the last four World Cups, five goals has been good enough to win the Golden Boot. Elsewhere on the pitch, former Orlando City and current LAFC midfielder Sebas Mendez earned his second yellow card of the tournament and will miss the country’s third group stage match against Senegal due to accumulation.

Brazil could be without Neymar for the remainder of the World Cup group stage after he suffered an ankle injury in their opening win against Serbia on Thursday. The Brazilian football association has now confirmed both Neymar and right back Danilo will miss Brazil’s next match against Switzerland on Monday.

“Neymar and Danilo started treatment yesterday immediately after the game,” Brazil doctor Rodrigo Lasmar said in a video published on Friday. “This morning they were reevaluated. The tests showed a lateral ligament injury on Neymar’s right ankle, along with a small bone edema and a medial ligament injury on Danilo’s left ankle. The players are still undergoing treatment.”

For Neymar, it is the latest World Cup injury disappointment, having also missed the 2014 semifinal loss to Germany after picking up an injury in the quarterfinal against Colombia. Brazil currently leads Group G along with Switzerland, which opened with a win against Cameroon.

Former teammates of Argentina legend Diego Maradona gathered at the World Cup on Friday to pay tribute to the icon on the second anniversary of his death. Maradona has long been considered one of the greatest players in history. Unfortunately, Maradona passed away at the age of 60 on Nov. 25, 2020 after battling drug and alcohol abuse for years. Maradona remains very much present in the minds of Argentina fans. Many supporters still wear his jersey, they sing about his “Hand of God” goal against England in the quarterfinals of the 1986 World Cup, and continuously debate whether comparisons to Lionel Messi are appropriate.

“We cannot compare them. We cannot say whether one is better than the other,” Giusti said. “They are different. They are both geniuses. And Argentinian. We have to enjoy it.”

Argentina is set to clash with Mexico today at 2 p.m. This will be Messi’s latest chance to try to set himself apart from the icon.

Free Kicks Orlando City re-signing Mauricio Pereyra opens the door for a plethora of Designated Player opportunities. Scottish Premiership club Celtic is in advanced talks with CF Montréal to sign Canadian international defender Alistair Johnston. Canada Head Coach John Herdman gets a little expletive in hyping up his team for its match against Croatia. You don’t know who Haji Wright is? We’ve got you covered. Mexico head coach Gerardo “Tata” Martino said he would do “everything possible” to knock out his home country Argentina and star player Lionel Messi from the World Cup. USMNT fans wanted to settle the debate between David Beckham and Peyton Manning during the match against England.

American fans in the stadium chanting "it's called soccer!" (via @MelissaMOrtiz) pic.twitter.com/vbCB7mlYkK

The parents of former Stanford goalkeeper Katie Meyer, who died by suicide, have sued the university for wrongful death. Here is every detail about transfer pricing that you never knew before, so you’ll be speaking like an expert at the bar the next time you catch a match with friends.

Well, that’s all I have for you today, folks. Stay safe during your holiday travels, use plenty of hand sanitizer, and cherish the moments with your loved ones. Vamos Orlando!

Orlando City's Back Line an Unknown Ahead of 2023 Season.

Orlando City's Back Line an Unknown Ahead of 2023 Season.