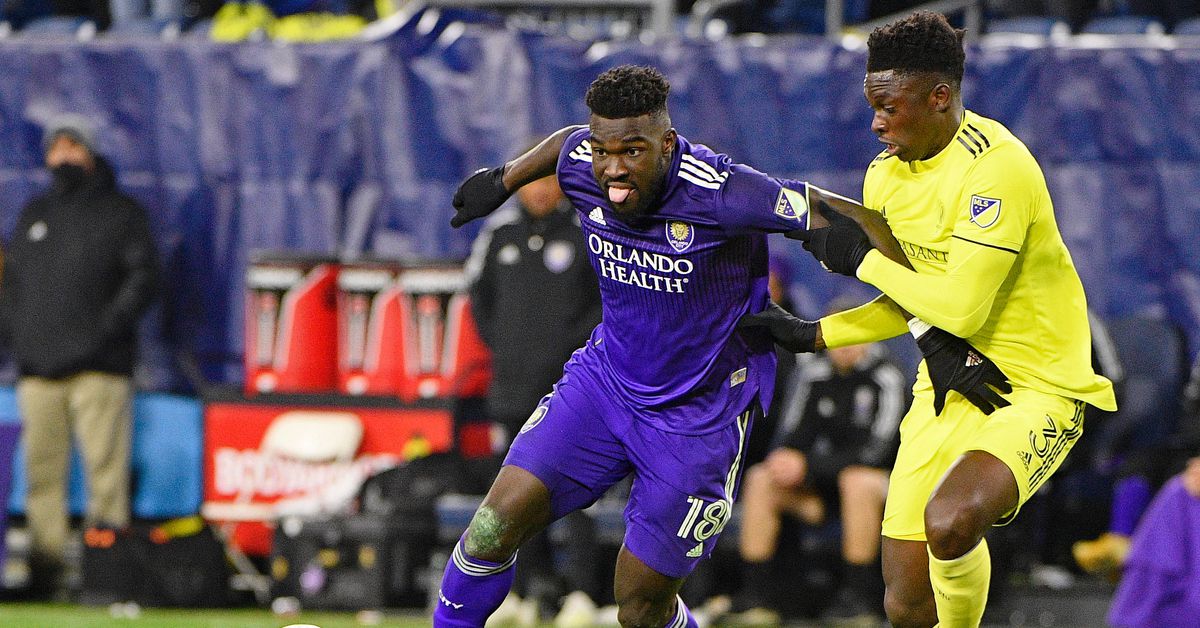 Steve Roberts-USA TODAY Sports Daryl Dike honored, Harris and Krieger trade rumor, the Orlando City Foundation needs donations, Ronaldo scores his 800th goal, and more. Good morning, Mane Landers! I hope you are ready for the weekend and the inevitable holiday parties over the next several weeks. Don’t forget to wrap your under $15 Secret Santa gifts, and practice your small talk. If you’re lucky enough to be among fellow supporters there will be plenty to talk about with all the off-season happenings. Let’s get to the links. Dike Makes the Grade Again Orlando City’s Daryl Dike made the 2021 MLS Cup playoffs version of Young Player Performances of the Week list. Despite the Lions’ loss, Dike did provide the only goal and created other opportunities as well. He also tied with Nani for the team lead in goals with 10 on the season, and he did it in 10 fewer appearances. How much longer Dike will be with the Lions is anyone’s guess, but Orlando City has exercised his option. Hopefully, the front office will offer the striker a better deal before next season. Report: Krieger and Harris Headed to Gotham FC As first reported by Meg Linehan at The Athletic, Ali Krieger and Ashlyn Harris are supposedly headed to NJ/NY Gotham FC in a trade. The Pride are looking to get younger, and if this trade rumor is confirmed it will be a step towards doing so. It is likely that Gotham is looking for Harris to take a starting position, and for Krieger to provide a veteran presence on defense. No word yet on what or whom the Orlando Pride are getting from this trade, but at the very least the Pride won’t be on the hook for the pair’s salaries if they are no longer USWNT allocated players. Presents and Pictures The Orlando City Foundation is collecting gifts for the patients at the Arnold Palmer Hospital for Children. Kingston himself will deliver the presents to the children who are too sick to leave the hospital during the holidays. If you’d like to contribute, the foundation has provided a list on Amazon. Items will be shipped directly to Exploria Stadium. Join the Orlando City Foundation as we collect toys for children who are too sick to leave the hospital during this holiday season.Click the link for items that you can ship to Exploria Stadium so that Kingston can deliver the toys himself! https://t.co/PWc5TLg6Xn pic.twitter.com/FtiohocP28— OrlandoCityFnd (@OrlandoCityFnd) December 2, 2021 You can also submit a game day photo to the club that will be used in a mosaic mural inside the stadium early in the 2022 season. The mural will also be searchable so when you visit Exploria Stadium, you’ll be able to find your picture. Honestly, that sounds pretty cool. Ronaldo Surpasses 800 Goals Cristiano Ronaldo scored a brace in Manchester United’s 3-2 win over Arsenal on Thursday. The two goals were his 800th and 801st in his career for club and country. The first goal came in the 52nd minute in the run of play as Marcus Rashford found Ronaldo on the right side of the box for the first time finish, and the second was scored from a penalty kick in the 70th minute. There was some early drama when Arsenal’s Emile Smith Rowe scored with United’s David de Gea down and seemingly injured. In the end, it didn’t make a difference in the result thanks to the goals scored by Ronaldo. FC Cincinnati Wants Curtin Jim Curtin is taking the Philadelphia Union to the Eastern Conference Final this Sunday against New York City FC. That isn’t stopping FC Cincinnati from making Curtin their choice for their new head coach as first reported by Sam Stejskal at The Athletic ($). FC Cincinnati General Manager Chris Albright was formerly Philly’s technical director and worked with Curtin during his time there. Cincinnati wants to have a new coach in place by Christmas. Standing in the way is the fact that Curtin signed a new multi-year deal with Philly in June. Of course, that doesn’t mean he won’t consider the move. Free Kicks Marta and Brazil defeated Chile 2-0 to win the International Women’s Football Tournament. The @SelecaoFeminina got the 2-0 win against Chile. Congrats on winning the International Tournament, Marta! #AdAstra https://t.co/K4Xv92V7Yo— Orlando Pride (@ORLPride) December 2, 2021 Orlando City’s U-15 and U-17 academy players are heading to the MLS Next Winterfest in California. Wishing these talented @OrlandoCitySC U15 & U17 Academy boys safe travels and luck as they compete in the @MLSNEXT WinterFest in California! Playing for GA Cup qualifiers! Go City! @OrlandoLionsDen @RuckusOrlando @AllOrlandoCity @OSJSoccer pic.twitter.com/dVqO4OkoxG— Alyssa Taifi (@AlyssaTaifi) December 2, 2021 The Chicago Red Stars have announced some roster moves including parting ways with Julie Ertz, who has been with the club her entire career. We’re still waiting on Orlando City to sign some new DPs, but the Columbus Crew have locked down Lucas Zelarayan. MLS has released its 2021 Best XI, and it is full of players who are no longer in the playoffs, other than NYCFC’s Valentin Castellanos, who is suspended for the Eastern Conference final. No one was better.Meet your 2021 MLS Best XI. pic.twitter.com/xdN2zWdBhu— Major League Soccer (@MLS) December 2, 2021 If you’re anxious to see more soccer in person, there’s an upcoming 2022 U.S. Open Cup qualifier coming to Orlando in a couple of weeks. #USOC2022 Qualifying: We have details on the final match! Orlando FC Wolves will host South Carolina United Heat on Saturday, December 18. Kickoff will be at 7 PM EST at Celebration High School in Celebration, #Florida. pic.twitter.com/gf9DsUgngw— TheCup.us (@usopencup) December 3, 2021 Have a wonderful weekend, everyone. Vamos Orlando!