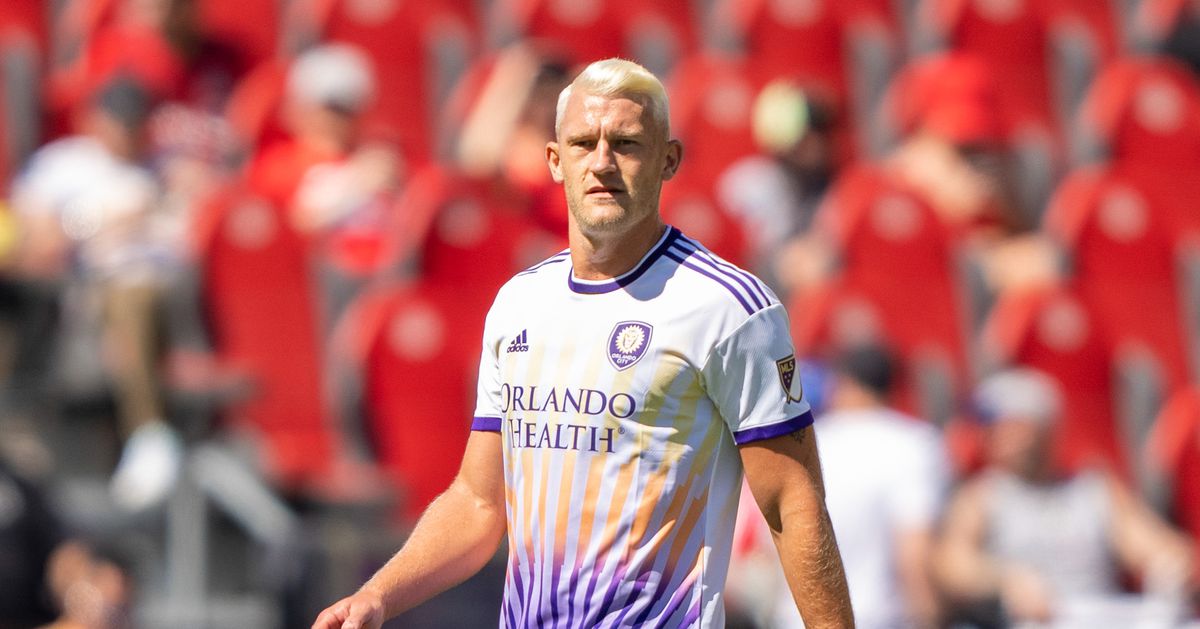 Kevin Sousa-USA TODAY Sports Orlando City prepares to face Austin FC, Erin McLeod agrees to contract extension, Orlando City SC announces Sustainability Week, and more. How’s it going, Mane Landers? I hope this Friday finds you well as we prepare for an exciting weekend that includes Orlando City, the Orlando Pride, and Orlando City B all in action. Let’s dive right into today’s links from around the soccer world! Orlando City Gets Ready for Austin FC With a week of rest under their belts, the Lions will hit the road for their first match ever against Austin FC this Sunday. In recent years, Orlando’s had a good track record when facing an MLS opponent for the first time, including a victory over Charlotte FC earlier this year. However, Austin FC is having a strong season and is coming off of a 2-1 win on the road against LAFC to claim the top spot in the Western Conference. Orlando center back Robin Jansson and forward Alexandre Pato spoke about how the team is preparing for a difficult match-up in Texas. Going through the details @orlandohealth | #DaleMiAmor pic.twitter.com/ZintyG4Qt6— Orlando City SC (@OrlandoCitySC) May 19, 2022 Orlando Pride and Erin McLeod Agree to Contract Extension The Orlando Pride and goalkeeper Erin McLeod agreed to a one-year contract extension for her to be with the club through the 2023 NWSL season. The Canadian international has started in all four of the Pride’s games this season, making 11 saves to help the Pride climb to second place in the standings. With plenty of experience at both the club and international level, McLeod’s veteran leadership is important both on and off the field for a Pride team undergoing a rebuild. Orlando City SC Announces Sustainability Week Orlando City, the Pride, and the Orlando Utilities Commission are all teaming up for an inaugural Sustainability Week to further advance Exploria Stadium’s green initiatives. Exploria Stadium vowed to become 100% solar powered by 2030 after signing OUC’s Solar Pledge and uses an onsite recycling system. Orlando City SC President of Business Operations Jarrod Dillon talked about the initiative and how the club aims to provide sustainable options for the community. “We are excited to partner with OUC in our Club’s inaugural Sustainability Week,” said Jarrod Dillon, Orlando City and Orlando Pride’s president of business operations. “We are proud of the progress we have made at Exploria Stadium and honored to continue leading at the forefront of green initiatives in our community. Having OUC work alongside us is a great opportunity to provide sustainable and resource options to our fans and our community. We are excited for this upcoming week and look forward to working alongside our partners as we strive for a greener, zero waste future.” Chioma Ubogagu Speaks Up About Her Ban Former Orlando Pride player Chioma Ubogagu is currently in England with Tottenham Hotspur and received a nine-month ban for failing a doping test for a banned substance in her acne medication. Ubogagu wrote about her surprise learning that the prescribed medication she received for a skin condition contained a banned substance that can be used to mask other banned substances. The 29-year-old forward detailed the process of applying for a Therapeutic Use Exemption, waiting to hear the results, and how this experience has affected her view on life outside of soccer. Free Kicks San Jose Earthquakes midfielder Jamiro Monteiro was named MLS Player of the Week for his brace in a comeback win against the Portland Timbers. He was also named to the Team of the Week alongside Xherdan Shaqiri, Raul Ruidiaz, and Austin’s Sebastian Driussi. Three women referees and three women assistant referees were appointed by FIFA to officiate in the World Cup later this year. Also among the 129 chosen officials are six from the Professional Referee Organization. New England Revolution forward Adam Buksa will be a player to keep an eye on this transfer window as the Revolution expect offers to come from European teams. Forward Josef Martinez returned to training for Atlanta United. Bayern Munich midfielder Malik Tillman is reportedly filing a one-time switch to represent the U.S. rather than Germany. Everton mounted a comeback to beat Crystal Palace 3-2 and officially avoid relegation this season. Either Leeds United or Burnley will be relegated and they are even on points heading into the final match day this Sunday, with Burnley well ahead on goal differential. It’s going to be a busy weekend in European soccer, but one match you won’t want to miss is the Women’s Champions League final tomorrow at 1 p.m. as Ada Hegerberg’s Olympique Lyonnais takes on Alexia Putellas and Barcelona. In the first leg of the Bundesliga’s promotion playoff, Hamburger SV won 1-0 on the road against Hertha Berlin. Barcelona will play Inter Miami in a friendly at DRV PNK Stadium on July 19 and then travel north to face the New York Red Bulls on July 30 at Red Bull Arena. We’ll end today’s links with some fancy footwork from Seattle Mariners third baseman Eugenio Suarez. The fans may not look too interested, but I can always appreciate some dual-sport athleticism. Eugenio Suarez with the smooth juggle ⚽️ pic.twitter.com/BrBSbjNHTj— ESPN+ (@ESPNPlus) May 19, 2022 That’s going to be all from me today, folks. Have a wonderful Friday and rest of your weekend. Go Orlando!