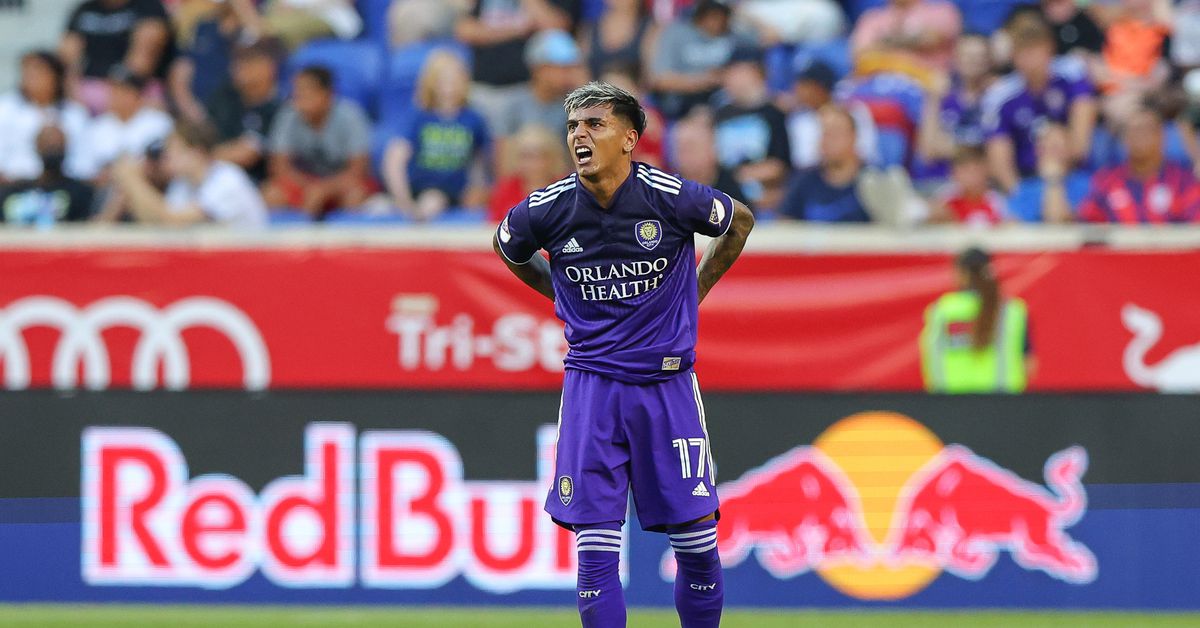 Good morning, Mane Landers! You have officially made it Tuesday. Tuesdays are like Mondays in which you’re still getting your week going and soccer just seems so far away. But at least we have an OCB game to look forward to tomorrow night at 7 p.m. Now, that’s what I call a silver lining. But, without further ado, what you came here for — the links!

In most weeks, Facundo Torres would easily make the Young-Player Performers of the Week top five after scoring the game-winning goal in a vital 1-0 conference road win. This week, however, he finds himself sitting at the top of the “honorable mentions” list. The Uruguayan Young Designated Player was deft on the dribble, completed 85% of his passes, and was dogged and committed defensively in a tough Red Bull Arena environment.

Aside from making the YPPOTW honorable mentions, Torres was further awarded with his performance by making the MLS Team of The Week bench.

The Orlando Pride have bolstered the attack by adding forward Ally Watt from OL Reign. The 25-year-old came with quite the price tag at $125,000 in allocation money.

“We are very excited to welcome Ally to Orlando and our Club, as we continue our roster build and push toward a place in the NWSL playoffs,” Orlando Pride General Manager Ian Fleming said. “Ally embodies our ideal profile of a young player with loads of potential, the pace and technical ability to match, and a mentality to put in the work necessary to develop herself and grow her impact on the pitch. We are confident that she will be a success as a member of our new-look Pride and we look forward to seeing her in purple very soon.”

In what is a rebuilding year, Watt has a chance to make a name for herself in Orlando if she can quickly find the back of the net. The Pride have struggled to score all season and might have just added a key piece and depth for the future of the club.

Orlando City’s busy September just got slightly less congested. The club announced that the scheduled away game against Inter Miami at DRV PNK Stadium on Sept. 4 has been moved to Oct. 5. Kickoff is still scheduled for 8 p.m. This should allow the Lions a bit of rest before the U.S. Open Cup final on Sept. 7.

SCHEDULE CHANGE Our September 4th match against Inter Miami CF has been changed to October 5th at 8:00 p.m. ET.#VamosOrlando | #DaleMiAmorpic.twitter.com/JaiGTKiebS

The U.S. U-17 Women’s National Team will head to Spain from Aug. 17 to Sept. 1 for two matches against Spain and one game against Germany. The trip will serve as the team’s final training camp before gathering for the FIFA U-17 Women’s World Cup.

Head Coach Natalia Astrain has called up 24 players for the training camp, including 17 who helped the U.S. qualify for the World Cup on the way to winning the Concacaf Women’s U-17 Championship this spring. Locally from Oviedo, goalkeeper Valentina Amaral of the Florida Kraze Krush has received a call-up. Amaral did not participate in the U.S. World Cup qualifying campaign but will join the team in Spain. The FIFA U-17 Women’s World Cup tournament was originally scheduled to be played over the course of 19 days beginning Oct. 11 in India. However, FIFA has now unanimously suspended the AIFF from hosting and competing in the tournament.

“The Bureau of the FIFA Council has unanimously decided to suspend the All India Football Federation (AIFF) with immediate effect due to undue influence from third parties, which constitutes a serious violation of the FIFA Statutes.’ said the body in its statement. “The suspension will be lifted once an order to set up a committee of administrators to assume the powers of the AIFF Executive Committee has been repealed and the AIFF administration regains full control of the AIFF’s daily affairs.” added FIFA.

As a result of the ban, the upcoming tournament will remain suspended. FIFA added that the future of the tournament will be decided in due time and, if required, the matter may be forwarded to Bureau of the Council.

Free Kicks Orlando City has jumped up two spots in this week’s MLS Power Rankings. Angel City FC has promoted Angela Hucles Mangano to the club’s general manager from her previous role of vice president of player development and operations. Wonder how your favorite USMNT players fared this weekend? Check out this week’s Americans abroad round-up. Here is a look at which Euros team has the best shot at taking down the USWNT in the 2023 World Cup. Chelsea manager Thomas Tuchel is being investigated by the English Football Association over comments he made regarding the officials after Chelsea’s draw on Sunday. Darwin Núñez had a short-lived home debut for Liverpool thanks to a straight red card.

Darwin Núñez's day is over. He gets sent off with a red card in his Liverpool home debut @NBCSportsSoccerpic.twitter.com/C64hQJlqdE

Willian has abandoned his contract with Corinthians due to the threats that he and his family suffered on social media.

That’s all for today, folks. I hope you have a great Tuesday and rest of the week. Vamos Orlando!