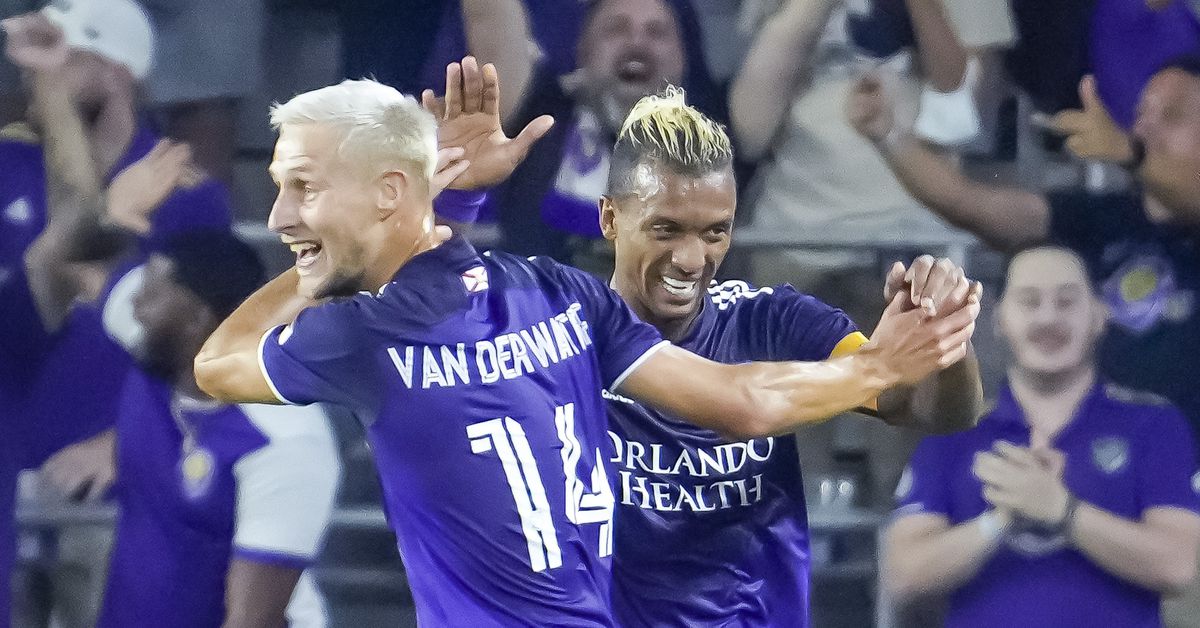 Photo by Andrew Bershaw/Icon Sportswire via Getty Images Orlando City faces CF Montreal tonight, USSF makes decision on vacant Concacaf Champions League berth, UEFA Champions League begins, and more. Hello, Mane Landers. I hope all of you are doing well down in Florida. I’m planning to visit sometime next month and catch up with family and friends. I can’t believe we’re halfway through September. There is plenty of soccer news to discuss, so let’s get to today’s links. Orlando City Plays CF Montreal Tonight The Lions will be back in action tonight at 7:30 p.m. in Exploria Stadium as they face CF Montreal for the first time this season. Montreal enters the match just outside the Eastern Conference playoff picture in eighth place and Orlando sits in third. Both teams are coming off losses as Montreal lost 1-0 to Nashville SC while Orlando fell 3-0 to Atlanta United over the weekend. With Mason Toye out due to a shoulder injury, Montreal’s been able to find goals from its supporting cast as its past nine goals have all come from different players. The Lions have won all three games against Montreal since the departure of Orlando nemesis Ignacio Piatti in 2019, with Montreal failing to score a goal in those matches. USSF Decides on Vacant Concacaf Champions League Spot The U.S. Soccer Federation made a decision on the vacant Concacaf Champions League qualification spot that would have been awarded to the 2022 U.S. Open Cup champion. The MLS Cup champion, Supporters’ Shield winner, and top team in the other conference will all reach the Concacaf Champions League and now the team with the best regular season performance apart from those three will qualify as well. This decision will put more of an emphasis on the remaining matches in the MLS regular season and opens the door towards qualification a little wider for Orlando. However, many other teams are now in the hunt as well. Inter Miami moved into playoff position after converting a penalty in stoppage time to win 1-0 against Toronto FC. The Herons are on a six-game unbeaten run and have won every game during that stretch apart from the 0-0 draw against Orlando. New York City FC sits fourth in the Eastern Conference after a 3-3 draw with FC Dallas and the Columbus Crew hosted the New York Red Bulls and won 2-1 to boost its playoff aspirations. USWNT Takes On Paraguay Tomorrow Night The United States Women’s National Team will play its first matches since the Summer Olympics when it plays Paraguay tomorrow night at 7:30 p.m. and again on Sept. 21. Tomorrow will also be the first time these two nations play each other apart from matches at the youth level. Paraguay is 50th in the FIFA world rankings and these friendlies should help the South American team prepare for 2023 World Cup qualification. As for the USWNT, these matches should be a good way to ease back into action after winning the bronze medal in Tokyo. UEFA Champions League Recap The UEFA Champions League returned with some of Europe’s biggest clubs in action. In the marquee match-up, Bayern Munich faced FC Barcelona and took all three points in a dominant 3-0 result. Thomas Muller scored the first goal and then Robert Lewandowski had a brace in the second half to lift Bayern to victory on the road. Cristiano Ronaldo scored to give Manchester United an early lead against BSC Young Boys, but a red card to Aaron Wan-Bissaka and a game-winner from American forward Jordan Pefok sunk United in a 2-1 loss. American defender John Brooks was shown red in Wolfsburg’s match against Lille, but the German club held on for a 0-0 draw in France. Romelu Lukaku scored Chelsea’s lone goal in a 1-0 win over Zenit St. Petersburg, Juventus cruised to a 3-0 win over Malmo, and Sevilla and RB Salzburg traded penalties in a 1-1 draw. Today, Inter Milan hosts Real Madrid, Atletico Madrid takes on FC Porto, and Manchester City faces Jesse Marsch’s RB Leipzig. AC Milan and Liverpool also square off, although Milan will be without Zlatan Ibrahimovic. Free Kicks Orlando City dropped three spots to ninth in the MLS power rankings after its loss to Atlanta United. Raúl Ruidíaz scored in stoppage to send the Seattle Sounders to the Leagues Cup final after winning 1-0 against Santos Laguna. The Sounders will now head to Las Vegas for the final against the winner of tonight’s match between Club Leon and Pumas UNAM. The Philadelphia Union will play the second leg of its Concacaf Champions League semifinal series against Club America tonight at 9 p.m. The Union fell 2-0 in the first leg on the road so it has a bit of a deficit to overcome in this one. The USSF offered identical contract proposals to the players’ unions for both the USMNT and the USWNT with the goal of aligning them under a single collective bargaining agreement. The USSF also stated it will not agree to any collective bargaining agreement that doesn’t take a step towards equalizing prize money from the FIFA World Cup. A source from the USSF explained some of the reasoning behind the high ticket pricing for the USMNT’s World Cup qualifying clash with Mexico in November. US Soccer source gives federation’s perspective on USMNT-Mexico ticket prices: pic.twitter.com/bcua3EilRQ— Grant Wahl (@GrantWahl) September 14, 2021 The National Women’s Soccer League announced Deloitte as both a sponsor and advisor to help advance some of the league’s initiatives moving forward. That will do it for me today, Mane Landers. Enjoy your Wednesday and I’ll see you next time.