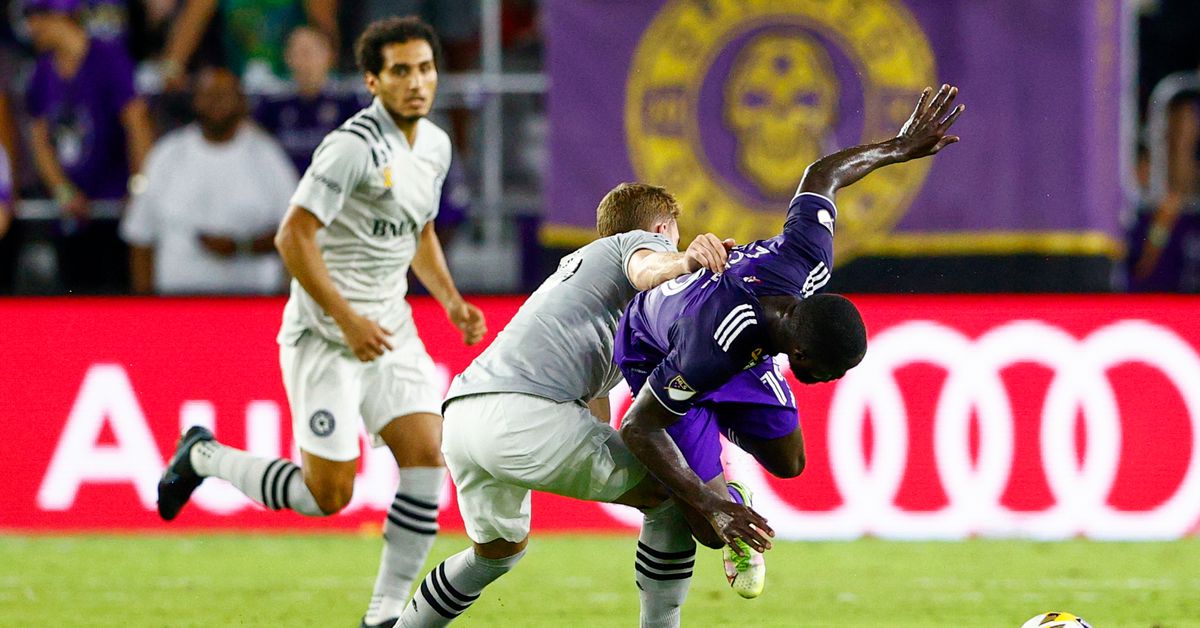 Nathan Ray Seebeck-USA TODAY Sports Orlando City loses to Montreal, midweek MLS, UEFA Champions League, and more. Morning, folks. Last night didn’t exactly go to plan for us Orlando soccer fans, but yesterday was certainly a busy one with a lot to recount, so let’s get to it. Orlando City Loses 4-2 to CF Montreal After a miserable 3-0 loss to Atlanta, the Lions followed it up with a bizarre and embarrassing 4-2 home loss to CF Montreal. The first half was chaotic, with a lackluster Orlando side conceding in the first 20 minutes before Nani was sent off for his second yellow card later in the half. Montreal made it two soon after, but right as all looked lost, Robin Jansson grabbed a goal off a set piece to breathe life into the Lions before the break. The second half, which saw Chris Mueller, himself subbed on in the 41st minute, subbed off at the half, started off well, with Ruan finding Orlando’s equalizer before Montreal’s Lassi Lappalainen found a winner. The visitors added a late insurance goal before Andres Perea was sent off for denial of an obvious goal scoring opportunity, bringing the Lions down to nine men. Second straight poor performance for the Lions, a worrying trend at a pivotal part of the season. Midweek MLS Roundup The schedule never stops, and the grind continues on. Outside of Orlando’s weirdness, 14 other teams were in action. In the East, Atlanta and DC thumped inferior opposition, with the former cruising to a 4-0 victory against Cincinnati and the latter thrashing Chicago 3-0. Most of Wednesday’s action fell out west, with Sporting Kansas City rocking its “rivals” Minnesota United 4-0, LAFC went to Austin and won 2-1, Portland drew with Colorado 2-2, the Galaxy drew 1-1 with Houston at home, and San Jose lost a wild one RSL 4-3. UEFA Champions League Group Stage Begins The biggest club competition in the world started in earnest yesterday with Match day one of the group stages. There were a plethora of wild games and interesting stories, plus 28 goals across the eight matches. The biggest story of the afternoon was probably Lionel Messi and PSG drawing 1-1 with Belgian side Club Brugge in a monster upset. Manchester City won in a wild 6-3 goal fest over Jesse Marsch’s RB Leipzig. Moldovan side FC Sheriff, the first team from Moldova to reach the group stage, had a historic 2-0 victory over Shakhtar Donetsk. With all that, the game of the day was probably Liverpool’s 3-2 thriller over AC Milan in a back-and-forth affair. USWNT Players Association Calls Latest USSF Proposal a “PR Stunt” The lengthy debate and legal battle between the United States Soccer Federation and the United States Women’s National Team Players Association is running into yet another speed bump, with the federation’s latest proposal facing criticism from the USWNTPA, which called the move a PR stunt. The USSF made a proposal earlier this week which it said would align the men’s and women’s team under one collective bargaining agreement, but the USWNTPA argues that the move isn’t actually working to bring equal pay or equitable working conditions. Free Kicks The Pride’s Sydney Leroux was named NWSL Player of The Week after her goal and assist in a 3-1 over Louisville on Saturday BIG MOM ENERGY Cheers in the chat for @sydneyleroux being named this week's @budweiserusa Player of the Week pic.twitter.com/6e1zQSS6MZ— National Women’s Soccer League (@NWSL) September 15, 2021 The Philadelphia Union fell 2-0 to Club America in the second leg of their Concacaf Champions League semifinal. They lost 4-0 on aggregate. The USMNT released its latest “Behind the Crest” video, recapping the 4-1 win in Honduras last week. Down 1-0 at halftime in Honduras, we responded in a BIG way. Get an inside view of the #USMNT’s 4-1 comeback win in San Pedro Sula to take three important away points in World Cup Qualifying. #BehindTheCrest, pres. by @VW pic.twitter.com/7fvGaLGu0e— U.S. Soccer MNT (@USMNT) September 15, 2021 USWNT legend Carli Lloyd spoke to the Attacking Third podcast about her impending retirement. Inter Miami finally has a shirt sponsor, a cryptocurrency company I have never heard of. The future of fútbol. The future of finance. #InterMiamiCF is proud to partner with #XBTO, global leader in crypto finance as our first front of jersey partner. Learn more: https://t.co/DoqAvsNpk8 pic.twitter.com/lLqn0ZM1n8— Inter Miami CF (@InterMiamiCF) September 15, 2021 Paramount+ will feature upcoming UEFA Women’s World Cup qualifiers. That’s all from me this morning. Have a great Thursday, y’all.