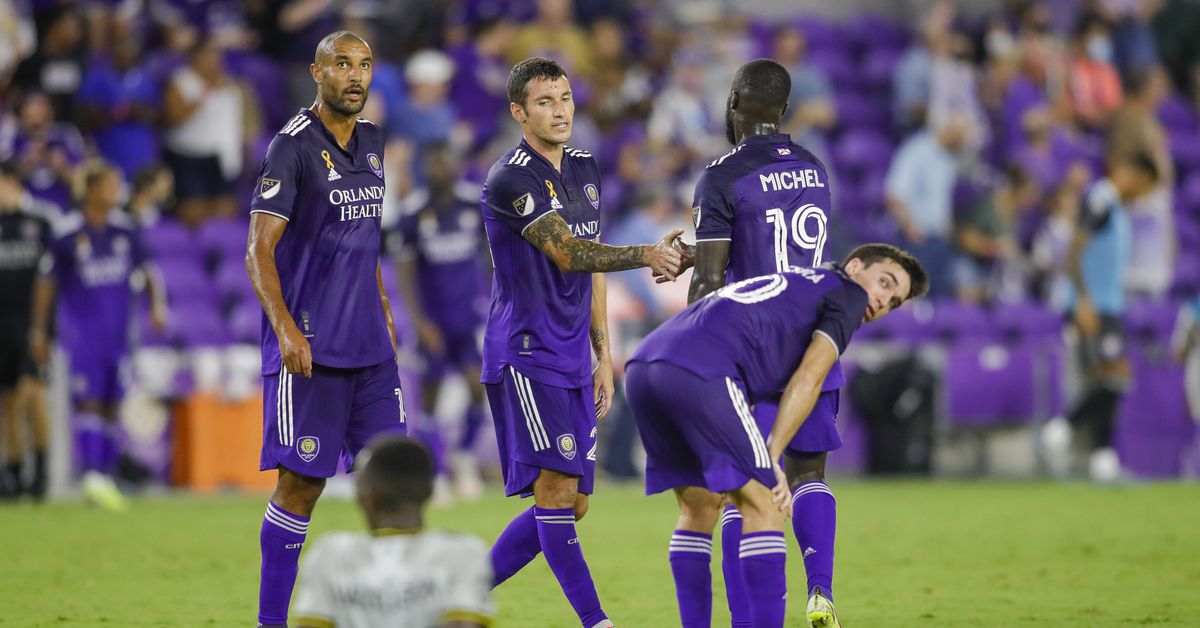 Next Four Games Can Make or Break Orlando City’s Season

Sam Navarro-USA TODAY Sports After a disappointing loss last Friday, Orlando’s season could be defined by an upcoming gauntlet. Following a seven-game unbeaten streak, one that was slightly lackluster with four disappointing draws, Orlando City crashed last Friday against northern rivals Atlanta United. A 3-0 loss was the deserved result after the Lions failed to show up and limped through one of their worst performances all year. Despite lining up with both Designated Players, Nani and Mauricio Pereyra, both starting fullbacks, Joao Moutinho and Ruan, plus an in-form Daryl Dike up top, Orlando mustered just eight shots, two on target, and a measly 0.3 expected goals. Uncharacteristically poor defense and a patchwork central midfield cemented this as Orlando’s second worst game of year behind only the 5-0 drubbing at New York City FC. A game as lifeless as Friday is as unacceptable as they come. This match can be a turning point for the Lions’ season, depending on how these next four games go. The upcoming run, all against teams currently in Eastern Conference playoff positions, will show us if Atlanta was an aberration or a precursor for a late-season collapse. This week, the Lions host seventh-place CF Montreal before traveling to Pennsylvania to face the fifth-place Philadelphia Union four days later. Maybe it’s premature to call these must-win games, but it’s close, especially with the two matches to close September (which we’ll get to). These two games against lower-level playoff teams are games a title contender, like Orlando wants to be considered, win consistently. The Lions haven’t beaten a playoff team since they beat the Union in late July. This week provides an opportunity to pick one or two quality wins to reinvigorate the club and put the rest of the league back on notice. The end of September is where the Lions can make a real statement and reposition themselves at the top of the league. Back-to-back road games against scorching hot Nashville SC and the league leading New England Revolution follow to close out the month. Now, winning both of these games is a lot to ask, especially with under a week between them, but to put on quality performances would be such a confidence boost to everyone around Orlando City right now. Obviously, the sky isn’t falling for Oscar Pareja and company. They’re still comfortably in the top half of the Eastern Conference and have one loss since August. I’m sure last week’s feeble showing had some fans stricken with Jason Kreis flashbacks, and while this team is exponentially better, that doesn’t change how disappointing Friday was. These next four games will decide whether that was a blip in a long, arduous season, or the beginning of a mightily disappointing backslide. One last note: this could all be wrong because of how weird the MLS Cup playoffs can get. Last year, the Columbus Crew faltered over the last month or so of the regular season before getting inexplicably hot and winning four straight playoff games. I still say Orlando’s next four games will go a long way in deciding this season’s fate, but in MLS, nothing is ever that simple.