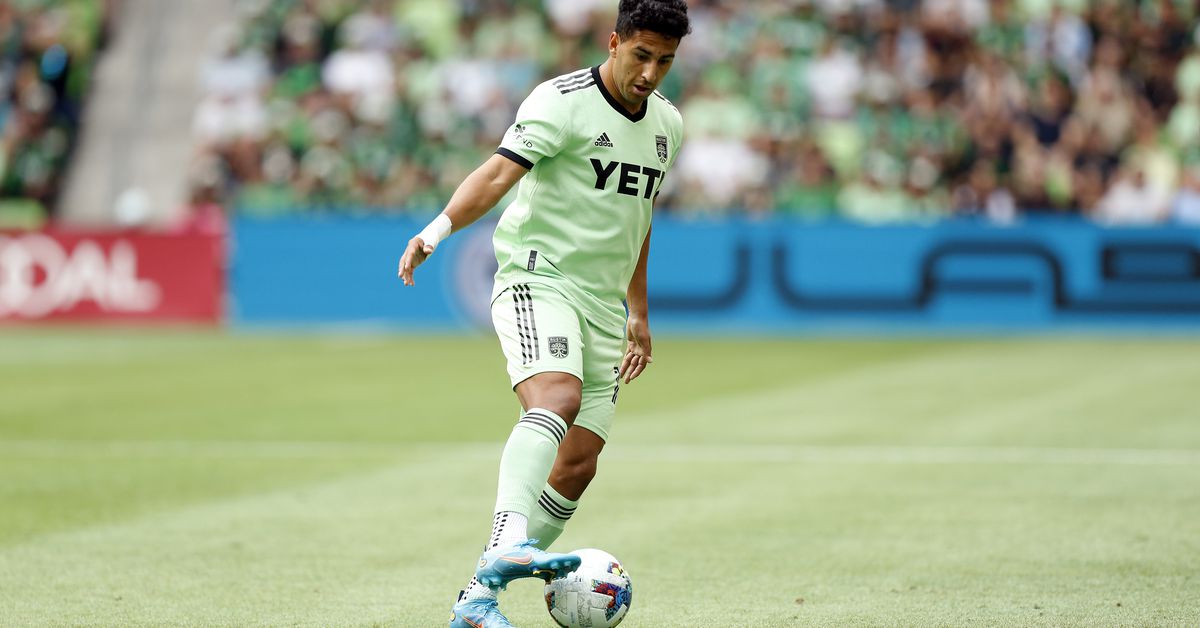 Photo by Adam Davis/Icon Sportswire via Getty Images A look at the Lions’ next opponent, Austin FC. Orlando City will head out west Sunday where the Lions will take on Austin FC at 8 p.m. at Q2 Stadium. This marks the first time the Lions have matched up against the Verde in MLS play since the introduction of Austin to the league last season. Let’s take a deep dive into the Lions’ first-time opponent and newly minted top team in MLS, Austin FC. Statistical Analysis Austin quickly established itself as an offensive threat this season as the club was able to notch five goals in each of its first two matches of the season. The offense has been slightly subdued since the hot start, however, Austin does still sit atop the league in goals scored this season (25). The Verde have not been the most aggressive offensive team either, as it is currently 11th in MLS in total scoring attempts (149) and 16th in on-target scoring attempts (48), for an accurate shooting percentage only good enough to rank 22nd (32.2%). However, Austin is highly efficient on chances when putting the ball on goal as the team is first in goals per shot on target (.51). Austin has been capable of playing proficient defense, ranking tied for fifth in fewest goals allowed (12) and the Texas side is tied for 11th in on-target shots against (52). However, the Verde have looked less than stellar in other key defensive statistical measurements so far this season. Austin currently ranks 25th in interceptions (93), 24th in clearances (159), 23rd in tackles (164), 21st in successful pressure percentage (29.0%), and 21st in blocks (147). These defensive statistics should be alarming for Austin, but when you look at the most important of all stats for a defense (goals allowed), the team has been almost as good as anyone else in the league. Players to Watch Forward Sebastian Driussi has been the main source of offensive production for Austin. Driussi is first on the club in goals (7), tied for first in total scoring attempts (27), first in on-target scoring attempts (15), and first in accurate shooting percentage (55.6%). If there is one focal point that Orlando defenders will need to keep an eye on throughout the match on Sunday, it is Driussi. Forward Maxi Urruti has also provided a spark to the Verde’s offense throughout the season, ranking second on the team in goals (4) and tied for first with Driussi in total scoring attempts (27). The main problem for Urruti this season has been accuracy, as he currently ranks second in on-target scoring attempts (8), although most of this is attributed to his high volume of total scoring attempts, as his accurate shooting percentage sits all the way down at 29.6%. Defender Julio Cascante has been beneficial to the Austin defense, especially in one-on-one scenarios. Of Austin players who have currently encountered more than 50 duels this season, Cascante has the highest duel percentage (64.1%). The Verde have needed a group effort to disrupt their opponents’ passing as Ruben Gabrielsen, Nick Lima, Daniel Pereira, and Alexander Ring are all tied for first in interceptions (11) this season. Goalkeeper Brad Stuver has not started every game for Austin this season (10 of 12), but he has been highly efficient when he does play. Stuver has conceded nine goals and made 28 saves for a save percentage of 75.7%, and he has three clean sheets to add to a positive season so far. This is what I could find on Austin FC. Let me know what you think about the upcoming match in the comments and as always, go Orlando!