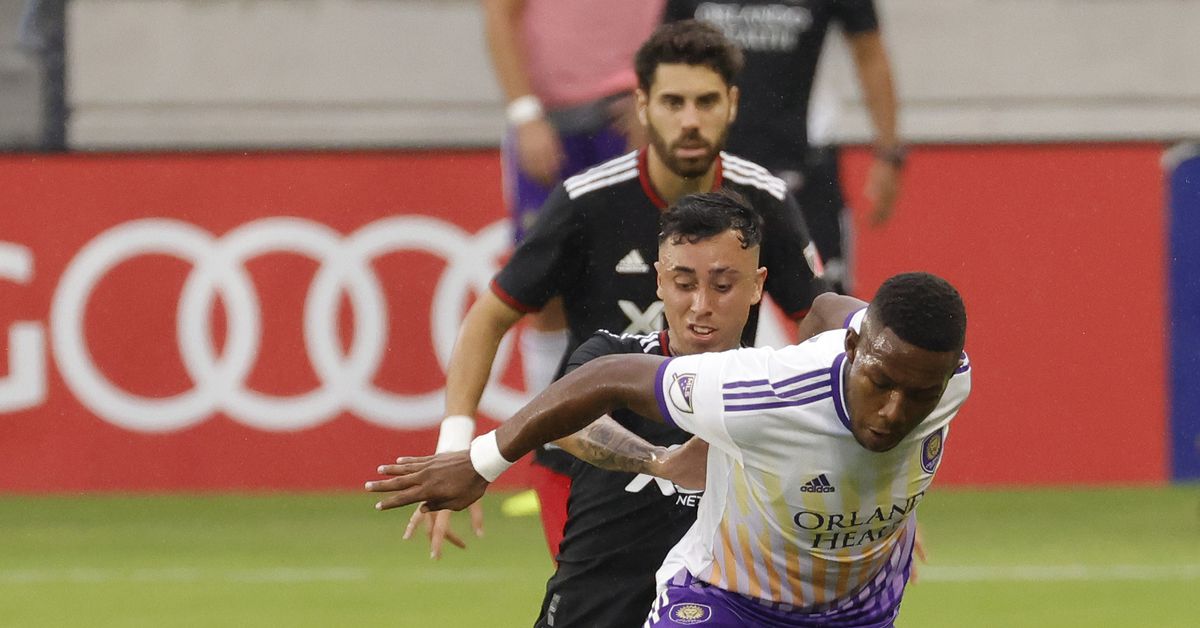 What did we learn from Orlando City’s tough 2-1 loss on the road to D.C. United?

Orlando City scored early but missed multiple opportunities to extend the lead and conceded twice in stoppage time in a 2-1 loss on the road against D.C. United. Head Coach Oscar Pareja rolled out the same lineup as the one used in last week’s U.S. Open Cup semifinal win, but the Lions weren’t able to replicate that success. Although winning on the road in MLS isn’t easy, the Lions had plenty of opportunities to ensure they left Audi Field with all three points. Here are our five takeaways from the loss.

The Bear Stepped Up

Junior Urso’s goal was one of the best scored by Orlando this year and he did a great job providing some needed oomph to Orlando’s offense. When it comes to scoring, the Lions have leaned heavily on their Designated Players this year. While that’s what DPs are for, it’s resulted in opposing defenses locking down those players and daring someone on Orlando to beat them instead. Urso did so in this match and put three of his four shots on target to serve as a constant threat in the first half. The lineup allowed Urso to thrive on the right wing and attack the goal, filling that void on the wing opposite of Facundo Torres that has been empty for most of the year. Missed shots aside, Alexandre Pato and Benji Michel also did great jobs creating chances so that the burden didn’t completely fall on the shoulders of Facundo Torres and Mauricio Pereyra. With Ercan Kara on the bench, it was important that Urso and the others stepped up to provide new ways for Orlando to score. While the floodgates didn’t exactly bust open, it was nice to see a goal between two Orlando players that weren’t DPs.

Urso’s chip shot to beat Rafael Romo and give Orlando a goal in the ninth minute was a great start to the match. However, the Lions wasted plenty of chances in the first half to increase that lead on the road. While poor finishing has plagued the team all season, misses from Pato and Michel were especially egregious in this match. Pato had four shots and none were on target as he seemed intent on putting the ball in the stands. His worst miss was in the 28th minute as he got too much under a shot that just needed to be on frame as Romo was miles away from the net. It still wasn’t the worst shot of the afternoon as Michel shanked a sitter right in front of goal in the 38th. While the offense did a great job creating chances in the first half, they didn’t impact the scoreboard all too much. Orlando’s one-goal lead was razor thin and D.C. made Orlando pay for not putting the game away when it could.

The Defense Bends and Then Breaks

Orlando’s defense was solid until it wasn’t, conceding twice in stoppage time as all points were lost to the hosts. While the timing of the goals makes it look like a complete collapse from Orlando’s defense, D.C.’s offense was getting closer and closer to scoring as the second half wore on. Heroic goalkeeping from Pedro Gallese and calculated defensive plays from center backs Antonio Carlos and Robin Jansson kept the Lions alive throughout the match, but ultimately it wasn’t enough. The congested July schedule seemed to catch up to the Lions all at once as they were sluggish when D.C. switched the run of play and men were left unmarked in the box. Tired legs or not, Orlando allowed the same player that scored a hat trick in Exploria Stadium earlier this month to beat them yet again. It was the third straight road match that Orlando’s defense was unable to hold onto a lead in the second half.

Orlando City’s captain came off the field in the 55th minute due to knee pain and the Lions struggled to maintain possession while he was off the field. Pereyra’s passing ability allows him to sit deep in the midfield to serve as an outlet for passes out of the back while sending accurate balls up the field to jumpstart the offense. He completed all but two of his 30 passes and was sorely missed as D.C. found its footing in the second half. Andres Perea came on for Pereyra but lacked the offensive bite that kept D.C. on its toes. While Perea completed all of his passes, he only had 14 of them in over half an hour of action and Orlando lost some of its flow as a result. The Lions don’t have a like-for-like replacement for Pereyra, so hopefully his injury isn’t too serious.

None of Pareja’s subs helped much in the second half, although a couple of them didn’t necessarily hurt the team either. The substitution of Perea for Pereyra, as noted earlier, was out of necessity and changed the match. Perea simply can’t do what Pereyra can and it’s not fair to expect it from the 21-year-old, especially in his 2022 form. Perea watched the assist pass go right by him on Chris Durkin’s equalizer and he was also a bit passive on the buildup to the winner, allowing Martin Rodriguez plenty of time and space on the ball to pick out Kimarni Smith on the far side. Kyle Smith didn’t necessarily do anything wrong in the match, but Joao Moutinho left the game with the team lead in touches (79) and his exit deprived the Lions of one of their most composed passers and ball handlers in the back. The game may have gone differently had Smith gone in for Ruan, but it’s understandable given Moutinho’s injury history to be careful with the left back’s workload.

Nicholas Gioacchini came on for Torres, but he’s still getting used to the team and the system and didn’t seem quite connected with the group. It might have been better to have used Tesho Akindele in that role, given the game situation, or to have dropped Michel to the wing and brought on Kara. Niko attempted a shot in the 87th minute, but missed well wide of the target from a tight angle.

Rodrigo Schlegel was brought on for the usual see-it-out situation but not until the 89th minute. That didn’t work out either, even if it was tactically sound. The reasons the Schlegel sub didn’t work were down to bad luck and a starter switching off for half a second. With Ruan getting hurt on the lead-up to Durkin’s goal, D.C. had plenty of space to pick out the passes on the two United goals and Schlegel couldn’t stop either from his spot on Jansson’s left. Schlegel could perhaps have blocked Durkin’s effort if he’d shot to the right, but he shot left for the goal. On the second, Jansson switched off for only a heartbeat, calling for an offside on Kimarni Smith. That hesitation was just enough to allow Taxi Fountas the bit of space he needed to cleanly collect the cross and score the winning goal.

That’s what I took from Orlando’s frustrating loss to D.C. United on the road. What stood out to you when watching the match? Let me know in the comments down below.