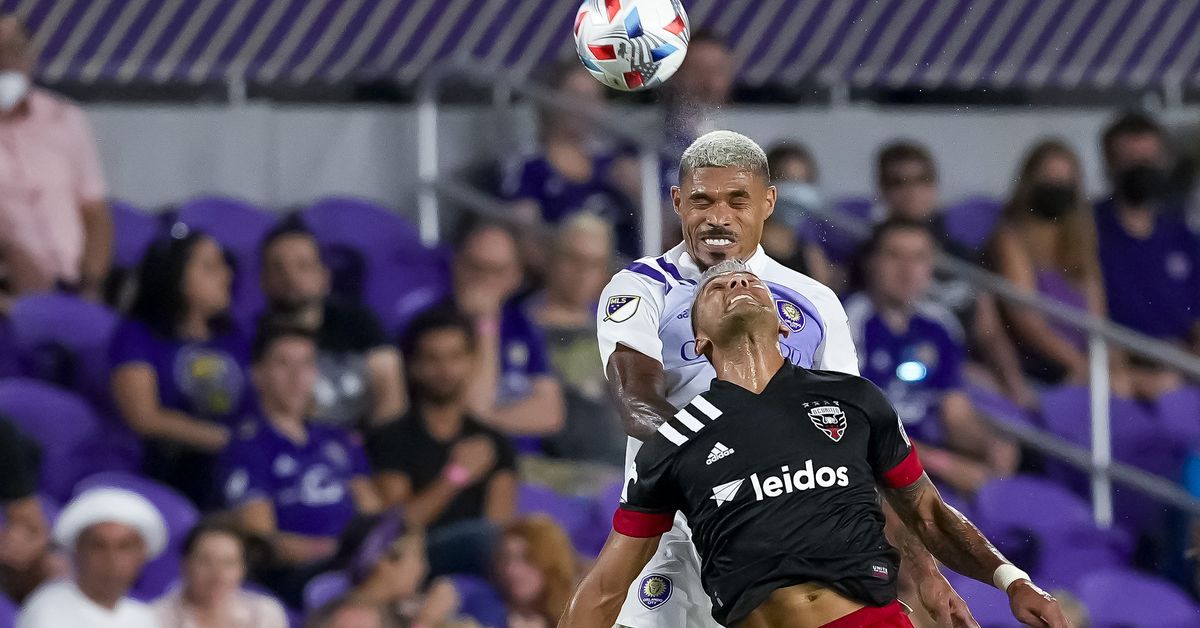 Orlando City will take on D.C. United for the second time this month when the two clubs square off at 5 p.m. at Audi Field this Sunday. The first match took place at home on the Fourth of July, with the Lions falling 5-3 at home to a D.C. side that currently sits in last place in the Eastern Conference with a 5-3-12 record, 18 points, and a -17 goal differential. Let’s dive into Orlando’s upcoming opponent in league play.

United has struggled to produce offensively this season as it is currently tied for 22nd in the league with 26 goals scored. This is due, in large part, to the lack of scoring chances that D.C. has been able to generate for itself, ranking last in MLS in total scoring attempts (218). It’s not like United is waiting to only take the quality opportunities presented either, as it is tied for 26th in on-target scoring opportunities (71), and 22nd in accurate shooting percentage (32.6%). D.C. has also had trouble maintaining possession, allowing its offense to find good opportunities and take advantage of them as the team ranks 26th in accurate pass percentage (74.8%) and 28th in accurate forward zone passes (2,648). Neither does it appear that the United offense is trying to spread the ball around the pitch in the first place as it is 26th in total passing attempts (7,417) this season.

United has not performed particularly well on the defensive side of the ball either this year. It is tied for the most goals conceded in MLS (43) and has the third-most shots against (114) of any team. One area has not stood out in particular for the reason that D.C. has experienced their troubles on the defensive end. United currently ranks 15th in successful pressure percentage (28.8%) and clearances (396), 19th in blocks (283), 25th in tackles (309), and 28th in duel percentage (45.5%). In fact the only major defensive statistical category in which United ranks in the top half of MLS teams is interceptions (210), in which it ranks 14th.

D.C.’s offense is led by forward Taxiarchis Fountas, who scored a hat trick against Orlando on the Fourth of July. Fountas leads the team in goals scored (10), total scoring attempts (57), and shots on target (24). Forward Ola Kamara has also played a key factor in the offensive performance for United as he is second in goals scored (7), total scoring attempts (25), and on-target scoring attempts (14). Kamara has been more accurate than Fountas, however, as he is first on the team in accurate shooting percentage among players who have more than 10 total scoring attempts (56%). Forward Michael Estrada and midfielder Jackson Hopkins have been forced to pick up the slack after team assist and cross leader Julian Gressel was traded to the Vancouver Whitecaps earlier this month. Estrada now leads the team in assists (7) and Hopkins now leads in crosses (10), which has still not been enough to fill the void left by Gressel’s departure.

Defender Steven Birnbaum has made major contributions to the D.C. defense so far this year. Birnbaum is the team leader in interceptions (43), duels won (218), and duel percentage among players who have won more than 100 total duels (68.8%). Meanwhile, goalkeeping duties have been split between Bill Hamid (10 starts) and Rafael Romo (8 starts). Hamid has been the better keeper thus far, only allowing 16 goals on 51 shots against for a saved percentage of 68%, while Romo has allowed 22 goals on 49 shots against for a saves percentage of 55.1%. However, Hamid is dealing with a hand injury and has not played since May.

That’s what I found on Orlando City’s upcoming opponent, D.C. United. Let me know what you think in the comments and, as always, go Orlando!