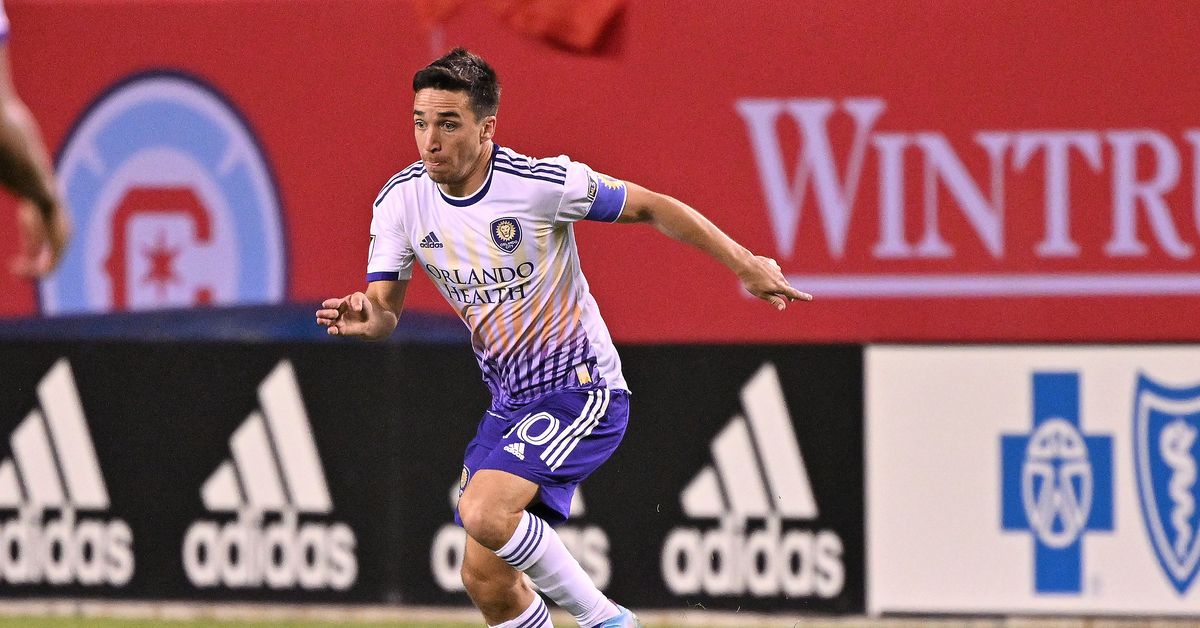 Jamie Sabau-USA TODAY Sports What does Orlando City need to do to earn all three points on the road against the Portland Timbers? For the second time in only eight days Orlando City makes the trip out west. This time the Lions will take on the Portland Timbers on Sunday afternoon at Providence Park. Orlando City will be looking to put together back-to-back wins after defeating the LA Galaxy at Dignity Health Sports Park in Carson, CA. It is so very MLS to have the Lions make back-to-back trips across the country, but what can you do? Here are three things Orlando City can do to bring home three points against the Timbers. Win the Midfield Sebas Mendez will be out on international duty, which means that the defensive midfield will not be as deep. César Araújo has been outstanding since arriving at Orlando City, and he will need to maintain that level of play if the Lions are to win. Portland has some players you may have heard of, like Yimmi Chará, and Sebastián Blanco. Those two names alone are a challenge that Orlando City’s defensive midfield must deal with. Limiting Blanco’s impact might be the most important thing the Lions do, no matter how long he is on the pitch. In the attack, the Lions need Mauricio Pereyra to return to form. I’m not saying that he has been bad, but there have been some mental lapses that have plagued his 2022 season thus far. I’m not sure if it’s the burden of being the captain, but it is past time for Pereyra to play to the level everyone, including himself, expects. Support Stajduhar Pedro Gallese will also be out on international duty for this match. El Pulpo has three clean sheets in the first four matches and 10 saves. He has been his usual solid self, but a big reason for the clean sheets is the play of Robin Jansson and, in particular, Antônio Carlos. The Beefy Swede has put in his normal workmanlike efforts, and I mean that in the best possible way, but Carlos has been on another level. Who needs a preseason? Certainly not Carlos. With Gallese out, the job will most likely fall to Mason Stajduhar. The Homegrown goalkeeper played well last season when Gallese was out, and I expect much of the same this weekend. If Jansson and Carlos can do for Stajduhar what they have been doing for Gallese so far this season, it will make Stajduhar’s first start in 2022 easier and help the Lions get three points. Utilize the Wings As we learned on The Mane Land PawedCast from our guest Sam Svilar from Portland Timbers blog Stumptown Footy, Portland’s fullbacks are not the most wide ranging or speedy in defense. They are put on an island and many of the goals given up by the Timbers this year have come from the wings. That is something Orlando City needs to exploit. The challenge for the Lions is that with Facundo Torres out on international duty (I feel like a broken record), someone else will need to step up. Ruan should have absolutely no problem on the right side with his speed, but unfortunately his ability to get a quality cross in once he beats the defender has been less than stellar in the past. Hopefully, the law of averages will kick in and give the speedy defender a good look or two. On the other side, we could see Pato or Benji Michel providing service into the area depending on the formation and starting lineup that Óscar Pareja puts on the field. It’s been said many times that Michel has all the tools needed, he just has to put it together. With Torres gone, this is the perfect time for Michel to do so. Those are the things I’ll be looking for this weekend. Let me know your thoughts in the comments below. Vamos Orlando!