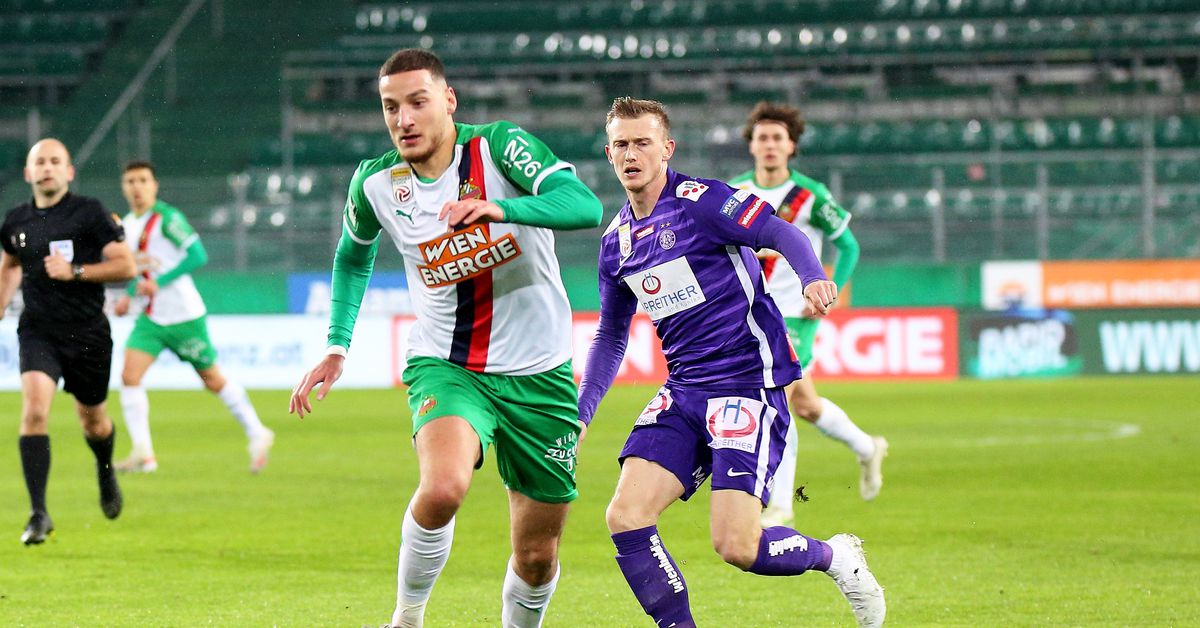 Photo by Thomas Pichler/SEPA.Media /Getty Images The Lions have found their replacement for Daryl Dike. Orlando City officially signed Austrian striker Ercan Kara today, completing a move that has been reported online by Manuel Veth. Kara arrives from Rapid Vienna in the Austrian Bundesliga and will occupy a Designated Player slot for the Lions. Kara signed a three-year deal through the 2024 season with two club option years that could extend his stay through 2026. “We are very excited to secure Ercan as another strong attacking presence for the club,” said Orlando City SC Chairman Mark Wilf in a club press release. “He strengthens our lineup and will help us take another step toward winning championships in Orlando.” “Acquiring Ercan is a great move for us and we’re really happy to get him to Central Florida,” said Orlando City General Manager and Executive Vice President of Soccer Operations Luiz Muzzi said in the release. “His size and strength make him a great target for us inside the box, but his skills make him a threat from outside as well. We think his versatility up top is going to open a lot of opportunities for us in attack.” The 6-foot-4 striker should give the Lions a good target in the box on set pieces and crosses in the run of play. He looks to have good feet and can finish. The right footer is a pure center forward but he can also pick out teammates in position to score as well. He seems to have good sense of where to find space and his highlight package (below) shows he can score a goal from some difficult angles and situations. Kara, 26, has appeared in 32 appearances in 2021-2022 for Rapid Vienna in all competitions, scoring 14 goals and adding four assists. Last season, Kara notched 20 goals and 11 assists in 43 appearances across all competitions. He scored three goals with one assist in nine Austrian Bundesliga matches in 2019-2020. At the international level, Kara received his first cap for Austria in March of 2021 in a World Cup qualifying loss to Denmark. He has seven caps with Austria, recording one assist. What It Means for Orlando City Kara is a gifted striker and it will be interesting to see how quickly he can adjust to Major League Soccer. The Lions thought highly of him to bring him in on a DP contract and he’ll be expected to start the bulk of the games and score goals. He’s shown he can do that in the Austrian Bundesliga. He has big match experience in Europa League, too. He arrives in Orlando in his mid-20s, with a lot of the prime of his career remaining. He should be able to step in and replace the goals lost with Daryl Dike’s transfer to England. The club has now replaced Nani and Dike and one more starting caliber winger to take Chris Mueller’s place and maybe a left back should put the Lions in a good position. That winger has been rumored to be Gaston Gonzalez, another young player. Orlando City’s makeover is nearly complete. Now it just remains to be seen how the puzzle pieces fit together and whether the new guys can get acclimated (and how quickly). Kara will occupy an international slot as well as a DP slot. If Mauricio Pereyra remains a Designated Player, that fills up all of Orlando’s slots.

Orlando Pride vs. North Carolina: Preview & How to Watch