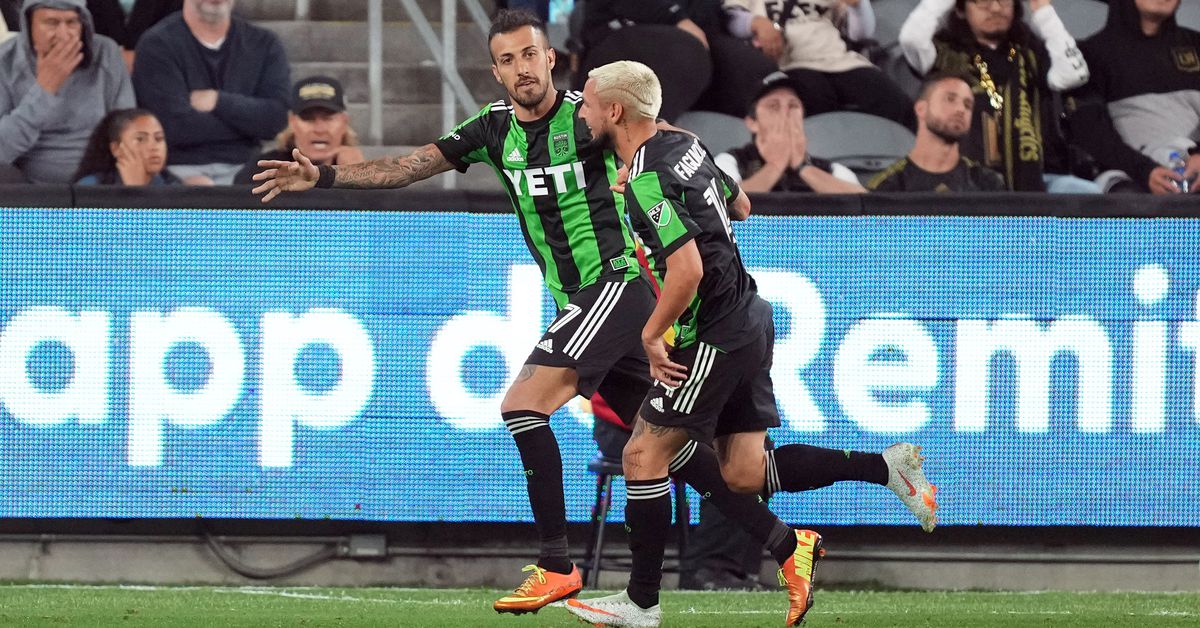 Orlando City vs. Austin FC: Preview & How to Watch

Kirby Lee-USA TODAY Sports Lions finish a three-game road swing with their first trip to the capital city of Texas. Welcome to your match preview and live thread for a Sunday night inaugural match-up between Orlando City (6-4-2, 20 points) and Austin FC (7-3-2, 23 points) at Q2 Stadium (8 p.m., FOX 35 Plus). This is the only scheduled meeting between the teams this season. Here’s what you need to know ahead of the match. History There isn’t any history. This will be the first meeting between the teams. The Lions haven’t fared well overall in their history when playing in the state of Texas. Orlando City won its first MLS match the state — and got its first ever victory in Major League Soccer — back on March 13, 2015 with a 1-0 win at Houston, but the team is just 1-4-1 in the Lone Star State. The Lions are winless in their last five trips to Texas (0-4-1). Match Overview Orlando City enters this match having won its last two games in all competitions, including its last away MLS match at Toronto FC last Saturday, defeating the Reds, 1-0, on Kyle Smith’s late header. While the Lions are an impressive 3-1-2 away from home on the season so far, the last two outings — both in Canada — haven’t seen the best Orlando City performances. Orlando dominated the Toronto game but struggled in the final third in the last away match and got blown off the field in the previous road game, a 4-1 loss at Montreal. Austin entered the weekend with the best record in Major League Soccer after a 2-1 win at LAFC during the midweek. The second-year club has been the biggest surprise in the league over the first third of the 2022 season, opening the campaign with 10 goals in the first two matches. Although Austin has outperformed expected goals and expected goals against, the Texas side has played disciplined soccer under Josh Wolff and have made Q2 Stadium a tough place for visitors, compiling a 4-1-1 home record this year. But the lone loss of the season at Q2 came in the team’s most recent home match, falling 1-0 to the LA Galaxy on May 8. Austin had lost two straight entering the LAFC game. The primary task for Orlando City won’t be an easy one — shutting down the potent Austin offense. Designated Player Sebastian Driussi entered the weekend tied for second on the MLS Golden Boot race, with seven goals. Winger Diego Fagundez leads Major League Soccer in assists (7). Austin leads MLS in goals (25) and assists (31). The team has scored 24 of its 25 goals from inside the 18-yard box, so Orlando’s back line and midfielders will have the tall task of keeping the area clean in front of Pedro Gallese if he’s going to earn a result, let alone add to his league-leading six clean sheets. Orlando has an even greater percentage of its goals come from inside the 18, scoring all 14 goals on the year from inside the box. The scoring-challenged Lions — only 10 teams in the league have scored fewer goals — simply can’t afford to get in a shootout in Austin. DP midfielder Alex Ring is a former New York City FC star that Austin chose to build around and it has worked out well. Ring is adept at winning the ball back in the midfield, turning defending into offensive chances. He’s also not afraid to get forward into the box, contributing two goals and three assists on the season. “Austin is a game that is going to bring different expressions from a team that we haven’t competed [against],” Head Coach Oscar Pareja said ahead of the match. “It’s a good opportunity to match a team that has been playing well during the season so far. They have very good players, but we are proud about ours too and we are ready to compete.” Orlando City will be without center back Antonio Carlos (hamstring), Benji Michel (lower leg), and Silvester van der Water (lower leg), although the team did remove Tesho Akindele from the availability report ahead of this match. Austin’s injury list is a short one, with just Freddy Kleemann (ACL) listed as out. Mandatory Match Content Our Intelligence Report provides insight on Austin FC from Ricardo Delgado of Capital City Soccer. This week’s PawedCast includes our key match-ups and score predictions for today’s match, as well as our exclusive interview with Orlando Pride goalkeeper Kaylie Collins. Dave Rohe outlined his three keys to victory for Orlando City in this match. Josh Munsey provided a scouting report on Austin FC. Projected Lineups Orlando City (4-2-3-1) Goalkeeper: Pedro Gallese. Defenders: Joao Moutinho, Robin Jansson, Rodrigo Schlegel, Ruan. Defensive Midfielders: Cesar Araujo, Andres Perea. Attacking Midfielders: Facundo Torres, Mauricio Pereyra, Junior Urso. Forward: Ercan Kara. Austin FC (4-3-3) Goalkeeper: Brad Stuver. Defenders: Zan Kolmanic, Ruben Gabrielsen, Julio Cascante, Nick Lima. Midfielders: Owen Wolff, Alex Ring, Daniel Pereira. Forwards: Diego Fagundez, Sebastian Driussi, Maxi Urruti. Referees Ref: Joe Dickerson. AR1: Corey Rockwell. AR2: Jeremy Kieso. 4th: Elijio Arreguin. VAR: Rosendo Mendoza. AVAR: Claudiu Badea. How to Watch Match Time: 8 p.m. Venue: Q2 Stadium — Austin, TX. TV: FOX 35 Plus (local only). Radio: FM 96.9 The Game (English), Acción 97.9 FM and 810 AM (Spanish). Streaming: The match can be streamed on ESPN+ (out of market only) and the LionNation app (in market only). Twitter: For rapid reaction and live updates, follow along at @TheManeLand, as well as Orlando City’s official Twitter feed (@OrlandoCitySC). Enjoy the match. Go City! The Mane Land has affiliate partnerships. These do not influence editorial content, though The Mane Land and SB Nation may earn commissions for products purchased via affiliate links. For more information, see our guiding principles.