Orlando City vs D.C. United: Preview & How to Watch 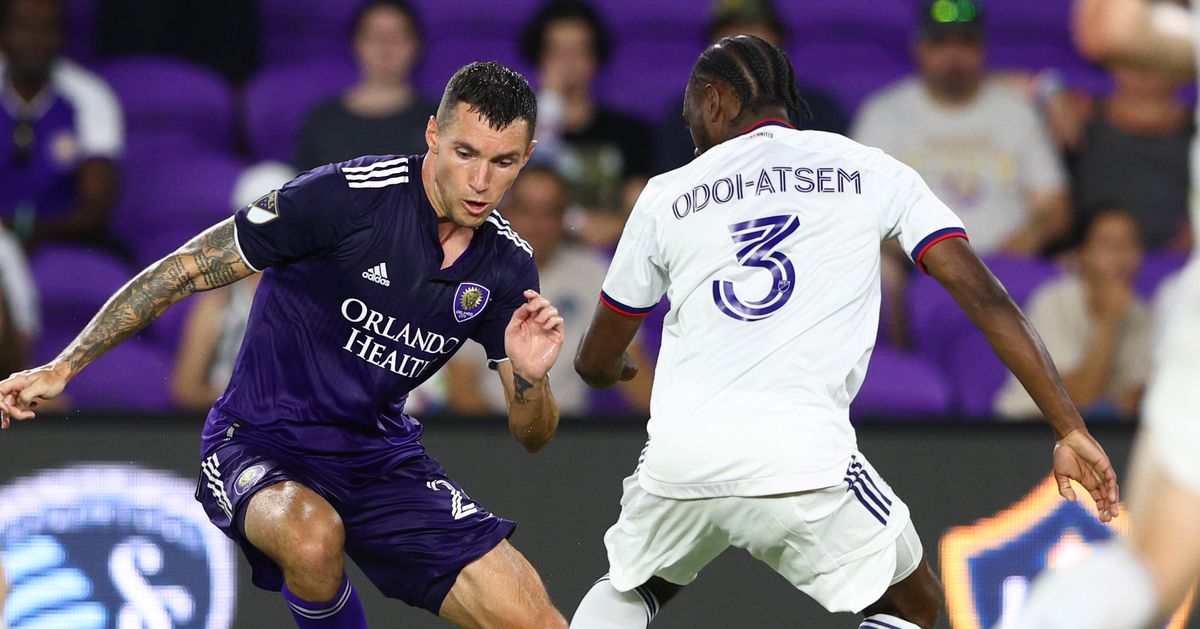 Here’s what you need to know ahead of the match.

The teams met just a few weeks ago on Independence Day at Exploria Stadium, with D.C. putting together a performance out of nowhere in a 5-3 road win. Taxi Fountas netted his first MLS hat trick and Kimarni Smith and Nigel Robertha added their first goals fo the season. Facundo Torres, Ercan Kara, and Alexandre Pato threatened to bring the Lions back but Orlando could never get on level terms.

Last Oct. 2 the teams met at Exploria Stadium with Daryl Dike scoring a dramatic, late winner in the 97th minute to lift the Lions to a 2-1 home victory. Robin Jansson scored a first-half goal off a corner kick scramble to offset an early Julian Gressel strike. The first match of 2021 took place on May 16 in D.C., with the Lions winning 1-0 on a seventh-minute Mauricio Pereyra goal. That win snapped United’s 3-0-1 streak in the series in league play and 3-0-2 in all competitions dating back to City’s previously most recent win over D.C. back in 2017.

The teams did not meet in what was an odd 2020 season.

D.C. United swept the season series in 2019, winning 1-0 at Audi Field back on June 26, 2019. Wayne Rooney’s wondergoal from his own half of the pitch caught Brian Rowe napping and served as the only scoring in that match. The Lions fell 2-1 at home on March 31, 2019, with set pieces ruining the night for Orlando. You might recall that controversy surrounded the winning goal, with then-coach James O’Connor visibly upset after the match. Steve Birnbaum scored the first on a set piece and Rooney scored the second on a free kick that he took from wherever the hell he wanted rather than where the foul occurred. Frederic Brillant bulldozed Rowe on the play as the ball sailed into the net.

D.C. was 1-0-2 in three total meetings (two in league play) in 2018. The two teams met on opening day 2018 and the Lions posted a dramatic late 1-1 draw on Stefano Pinho’s 93rd-minute goal. Orlando went down to 10 men 41 minutes into the match when Brazilian defender PC was sent off. The teams met in U.S. Open Cup action on June 20 of that year at the Maryland SoccerPlex and again drew 1-1, but the Lions advanced to the quarterfinals thanks to a 4-2 penalty shootout win. Luciano Acosta put the hosts ahead but Justin Meram equalized on a rainy night and that was it for the scoring until the shootout. United won that game at Audi Field on Aug. 12, 2018 by a 3-2 score. Cristian Higuita was sent off after video review with 40 minutes remaining. Two other controversial video reviews went D.C.’s way that night as well, and Orlando had a player pulled down while trying to break out in transition late in the game, only to see the play turn around for the winning goal.

Orlando swept the two league meetings in 2017, the teams split two lopsided games in 2016 — with each team winning at home — and the Black and Red went 2-1-0 in the first three meetings back in 2015.

Orlando City is coming off its finest performance of the year but it wasn’t in league play and most of the good things the Lions did came after halftime. City looked to be its usual self at home against the New York Red Bulls in the first half, missing opportunities and seeing the visitors go up in first-half stoppage time. Cesar Araujo pulled the goal back just before the break on a set piece and Orlando went on to win 5-1 to advance to the U.S. Open Cup final.

In league play, the Lions are winless in their last three overall matches (0-1-2) and in their last five away from home (0-1-4). Orlando has a 3-2-6 record on the road in 2022 but have drawn their last two after leading early.

United’s record since beating Orlando is 0-3-1 and D.C. has been outscored 13-3 in that span. As I mentioned, the performance against the Lions came out of nowhere. D.C. is 3-6-2 at home this year but will be playing its first game under Rooney, who was named the new manager earlier this month. As soon as that happened, his paperwork was always going to be completed just in time for him to face Orlando City, because obviously.

Rooney takes over for Hernán Losada, who was fired in late April after a four-game losing streak early in the season. United got the new coach bump under interim manager Chad Ashton in a 3-2 win over New England in the next game and won two of three before going into a six-game winless slide that the Lions generously helped the team overcome.

The team has already started to rebuild for what Rooney has planned, including the addition of goalkeeper David Ochoa from Real Salt Lake on Friday.

With 10 goals and three assists in just 13 appearances (11 starts), Fountas is the man Orlando City will need to contain to get a result. He put his team up 2-0 within the opening 10 minutes in Orlando. Additionally, Ola Kamara has seven goals on the year and Michael Estrada has four goals and four assists. D.C. traded away leading assist man Julian Gressel since the last meeting, making Estrada the team’s new leader in that category.

Orlando City will also need to withstand D.C.’s energy early in the match, as teams tend to play looser and more relaxed in the first game under a coaching change.

“With the league, we’re trying to be more consistent and try to score those goals that will give us points,” Orlando City Head Coach Oscar Pareja said after his team’s win over New York in the cup competition.

Mandatory Match Content This week’s PawedCast has our key match-ups and predictions for the game. Our Dave Rohe provided his three keys to victory for Orlando City in this match. Our Josh Munsey went inside D.C.’s numbers in his scouting report for the game. Projected Lineups Orlando City (4-2-3-1)

Streaming: The match can be streamed on ESPN+ (out of market only) and on the LionNation app (in market only).

The Mane Land has affiliate partnerships. These do not influence editorial content, though The Mane Land and SB Nation may earn commissions for products purchased via affiliate links. For more information, see our guiding principles.