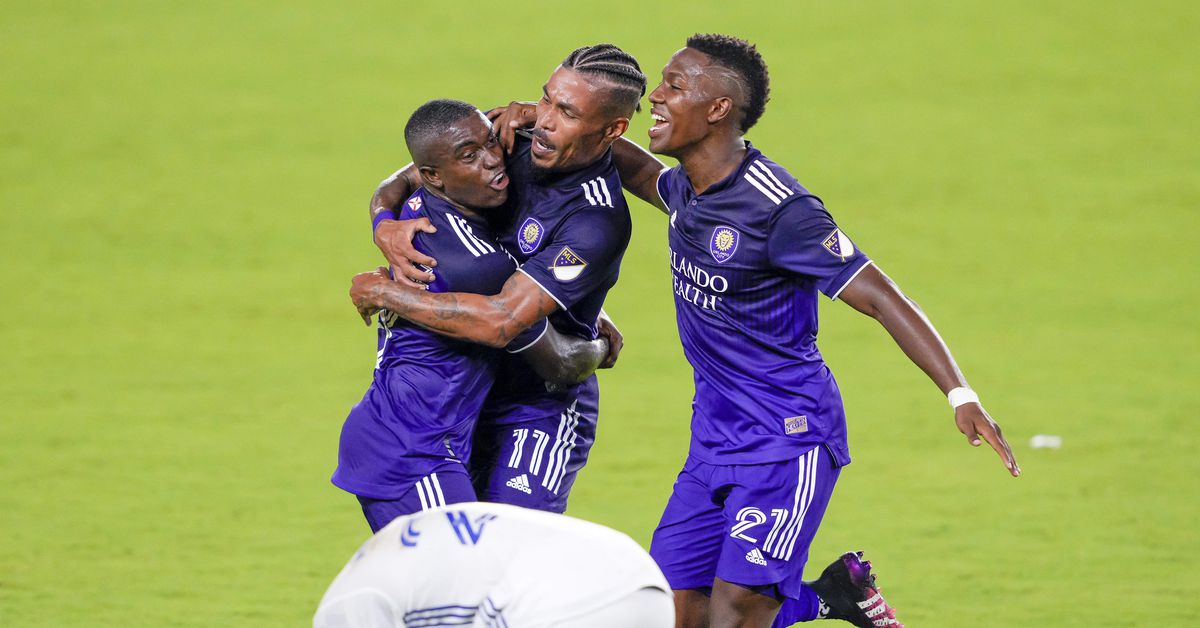 Photo by Andrew Bershaw/Icon Sportswire via Getty Images The Lions look to get first road win in the series against Cincy. Welcome to your match thread for a Saturday night match-up between Orlando City (11-8-9, 42 points) and FC Cincinnati (4-16-8, 20 points) at TQL Stadium. It’s the third and final meeting between the teams this season and the second in Cincinnati. Here’s what you need to know. History Orlando City leads the all-time series, 2-0-2, but has never won in Cincinnati, posting only two away draws (0-0-2). The Lions have also never led at any point in their previous two trips to Cincinnati. The most recent meeting came at TQL Stadium in Cincinnati on Aug. 7, with Nani’s strike rescuing a point after Brenner had opened the scoring for the hosts just before halftime, taking advantage of an obviously injured Uri Rosell, who subbed off moments later. The match ended up in a 1-1 draw. The first meeting of 2021 came on May 21 in Orlando with the Lions posting a 3-0 win. Tesho Akindele scored in the first minute and Nani and Junior Urso each added a goal. In Orlando’s first trip to the banks of the Ohio River, the match ended in a 1-1 draw at Nippert Stadium on Sept. 29, 2019. Benji Michel’s goal in stoppage time avoided what would have been an embarrassing road loss to a dreadful FCC side after Allan Cruz had given the hosts a lead. The draw officially eliminated Orlando City from playoff contention that year, but realistically the Lions had been out of it for a while. The first ever meeting between the two sides took place on May 19, 2019, when the Lions pummeled the expansion side, 5-1. Both Nani and Akindele bagged braces in the match and Dom Dwyer added a goal as well. Overview The Lions are just 3-6-5 on the road this season and have gone 0-3-3 away since their last visit to Cincinnati in August. Orlando is 0-5-4 in road games since coming from behind late to beat Inter Miami 2-1 on June 25. The overall road record drops to 2-6-5 when you take away the “away match” at Exploria Stadium against Toronto FC. In better news, Orlando is on a two-game unbeaten streak (1-0-1) after ending a four-game losing streak, scoring four goals over those two matches. Cincinnati is 1-7-5 in its new home since the stadium opened. The southwest Ohio side has lost six consecutive matches, but four of those have come by just one goal. FC Cincinnati is the only team in MLS mathematically eliminated from playoff contention and is in line for a third consecutive wooden spoon (league’s worst record) and has fired both general manager Gerard Nijkamp and coach Jaap Stam since Aug. 6. Both teams will be well rested. Cincinnati last played Oct. 9 in a 2-1 home loss to the Philadelphia Union. Orlando City last played on Oct. 2 when the Lions beat D.C. United 2-1 with a late header from Daryl Dike. Cincinnati has gifted offensive players who are especially dangerous in transition. Luciano Acosta (six goals, team-high nine assists), Brenner (seven goals, two assists), and Alvaro Barreal (three goals, three assists) are the most dangerous players in the Cincinnati attack and Orlando will need to be aware of them at all times because they can make something out of nothing. Fullback Ronald Matarrita (two goals, three assists) will look to get forward and send in dangerous balls from the left. That could leave room for Ruan to roam forward into the wide spaces on the counter but he’ll need to be mindful of his defensive responsibilities too. “[Tonight’s] match in Cincinnati is important, just like any other, knowing that at this point with six games left that we have to achieve our objectives first of getting into the playoffs while also trying to position ourselves in a good place,” Orlando City Head Coach Oscar Pareja said. “Every single point will matter from now on in terms of those decisions. We’ve had a long journey this year where we’re in a position where we’re still competing for those high seeds and Cincinnati is going to be crucial to get a good result there. We have to be on our toes and on all cylinders and be conscious about not just the importance of the game, but the quality of the rival too.” Orlando’s availability report is the shortest its been all season, with no one listed as out and only Joao Moutinho and Alexandre Pato listed as questionable. FC Cincinnati’s Edgar Castillo is out with a suspension due to yellow card accumulation. Maikel van der Werff (Sports Hernia) is also out. Joe Gyau (Achilles), Yuya Kubo (ankle), and Gustavo Vallecilla (hamstring) are questionable. Mandatory Match Content Our Intelligence Report provides more info about FC Cincinnati from Bryan Weigel of Cincinnati Soccer Talk. This week’s PawedCast features our key match-ups and score predictions for tonight’s match. Our Dave Rohe listed his three keys to an Orlando City win in this match. Projected Lineups Orlando City (4-2-3-1) Goalkeeper: Pedro Gallese. Defenders: Emmanuel Mas, Robin Jansson, Antonio Carlos, Ruan. Defensive Midfielders: Uri Rosell, Sebas Mendez. Attacking Midfielders: Benji Michel, Mauricio Pereyra, Nani. Forward: Daryl Dike. FC Cincinnati (4-2-3-1) Goalkeeper: Przemysław Tyton. Defenders: Ronald Matarrita, Tyler Blackett, Geoff Cameron, Zico Bailey. Defensive Midfielders: Haris Medjunanin, Kamohelo Mokojko. Attacking Midfielders: Alvaro Barreal, Luciano Acosta, Isaac Atanga. Forward: Brenner. Referees Ref: Marcos de Oliveira. AR1: Andrew Bigelow. AR2: Jason White. 4th: Thomas Snyder. VAR: Fotis Bazakos. AVAR: Jeffrey Swartzel. How to Watch Match Time: 7:30 p.m. ET. Venue: TQL Stadium — Cincinnati, OH. TV: FOX 35 Plus (local only). Radio: 104.1 FM Real Radio (English), Accion 97.9 FM & 810 AM (Spanish). Streaming: The match can be streamed on ESPN+ (out of market) and on the LionNation app. Twitter: For rapid reaction and live updates, follow along at @TheManeLand, as well as Orlando City's official Twitter feed (@OrlandoCitySC). Enjoy the match. Go City! The Mane Land has affiliate partnerships. These do not influence editorial content, though The Mane Land and SB Nation may earn commissions for products purchased via affiliate links. For more information, see our guiding principles.