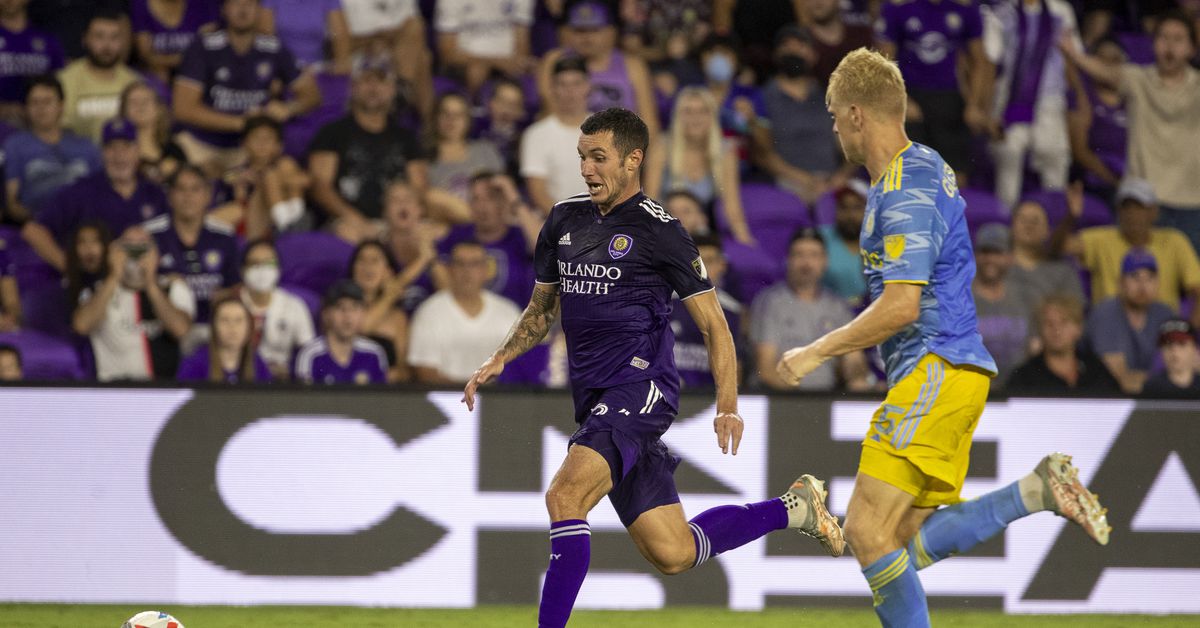 Photo by Joe Petro/Icon Sportswire via Getty Images Re-familiarize yourself with Orlando’s next opponent ahead of an important road match. The last two games for Orlando City have been...not great. With OCSC staring down the barrel of three straight road games against some of the better teams the Eastern Conference has to offer, the Lions cannot afford to keep dropping points. Orlando will try to get things back on track this Sunday against the Philadelphia Union. Ahead of this one I spoke to Joe Lister, one of the editors for SBNation’s Brotherly Game. As usual he did a great job of getting us caught up on what’s been happening with the Union. Since these two teams last played each other, the Union have gone 2-3-3, with two of those losses coming in close games to New England. What is the mood among fans regarding Philadelphia as we approach the business end of this season? Joe Lister: Philly fans are definitely a little frustrated and anxious right now. The team hasn’t played well since the international break in early July. With being knocked out of CCL last night, plus fighting to stay above the red line, Union fans aren’t on top of the world. The team has a habit of crashing at the end of the season, so it’s not too far off to see that happen here. In the Eastern Conference, nobody aside from New England and maybe Nashville can really feel safe, with teams below the playoff line starting to really breathe down the necks of everyone not in the top two spots. Is there any concern for you that Philadelphia will end up being caught from behind and miss the cut, or do you expect the Union to finish things out strong? JL: Personally, I’m what the locals call a “Negladephian,” which means that I always expect the worst. I don’t think that the Union are looking strong enough to finish above the line at present, they simply cannot seem to win games. As far as Miami and Atlanta are concerned, the Union have the advantage of having one fewer game and sitting just a few points back, but it’s hard to say if that’ll help. Despite Jamiro Monteiro seemingly being on his way out the door in early August, he remains a Union player. How important will it be to have him to call on for the remainder of the season? JL: I’m not personally the biggest Jamiro Montiero fan, but at the end of the day, he does bring a certain value to the team. However, he hasn’t looked too sharp in the last few games, and with that, it’s been too easy to question his motivation. I can’t say that Jamiro Monteiro will make or break any games for the Union, and at this point, he could sit on the bench and you might not notice. Are there any injuries, suspensions, or call-ups that will keep players unavailable for selection? What is your projected starting lineup and score prediction? JL: There aren’t any major absences, if any at all. Sergio Santos and Ilsinho were both out with injuries against the Revs about a week and a half ago, but they should be good to go against Orlando. I think the Union goes down 1-0, simply because that’s how they’ve been playing. And lastly, here’s my lineup: Andre Blake; Kai Wagner, Jakob Glesnes, Jack Elliott, Olivier Mbaizo; Jose Martinez, Leon Flach, Alejandro Bedoya, Daniel Gazdag; Cory Burke, Kacper Przybylko. Big thanks again to Joe for the information on the Union. Vamos Orlando!