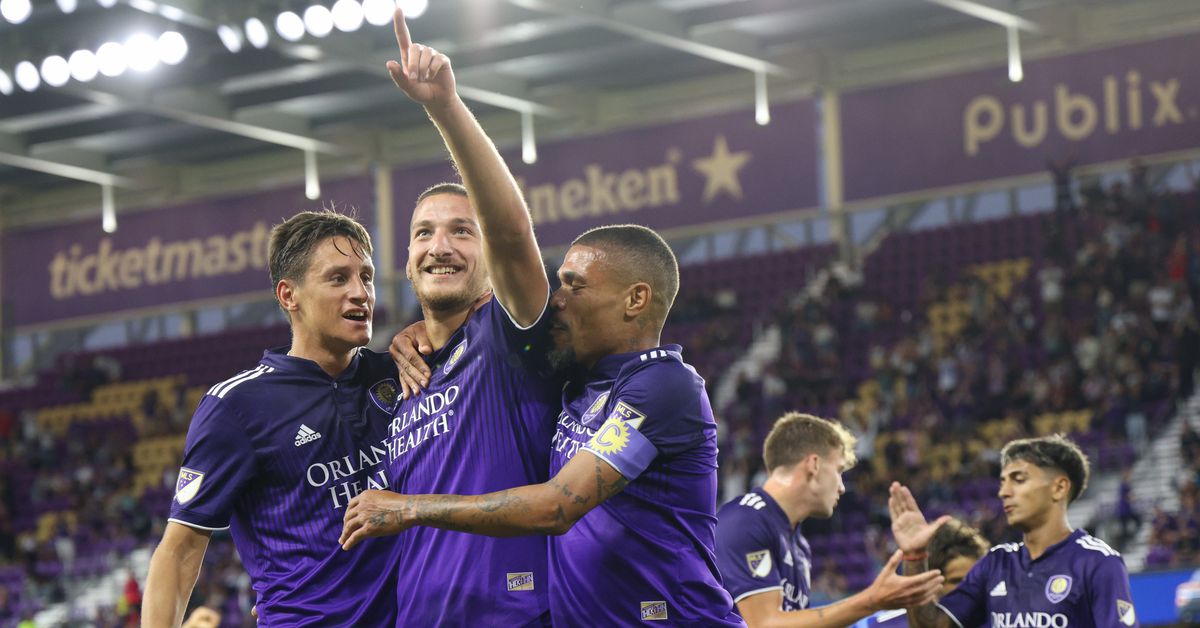 Nathan Ray Seebeck-USA TODAY Sports What does Orlando City need to do to earn all three points against the Eastern Conference-leading Philadelphia Union? Orlando City hosts the Philadelphia Union this Saturday in the friendly confines of Exploria Stadium. The Eastern Conference leaders come in having scored 11 goals in their last three matches, including seven against D.C. United. In a month with eight matches, this might be one of Orlando City’s biggest challenges. Here are the things that the Lions need to do to secure three points against the Philadelphia Union this weekend. Beat Andre Blake…Multiple times Andre Blake is a good keeper. In fact, he is nearly always mentioned in top five goalkeepers lists when talking about MLS. This season, he has eight clean sheets, 67 saves, and an 81.7% save percentage. He also has the lowest average goals allowed in the league at 0.71 per match. Those are numbers that should intimidate any opponent. Unfortunately for Orlando City, the Lions are having trouble scoring against keepers that don’t have numbers that good. As I mentioned above, the Union like to score and they are good at it. That means that Orlando City is going to have to do something they have only done seven times in 21 matches this season — score more than one goal. The good news is that when the Lions score more than one goal, they have a 4-2-1 record. Yes, Orlando City just signed Nicholas Gioacchini, but it’s unlikely he will be available to play as soon as this Saturday. That means Orlando City may have to rely on the current offense to get the job done. Ercan Kara has too often been left on an island and hasn’t been able to contribute much recently. Mauricio Pereyra has been good, but Facundo Torres has been limited since teams are able to focus on him as they are not worried about Benji Michel or Jake Mulraney. Orlando City needs to do something to get Kara involved, and the Lions also need to take more shots when the opportunity presents itself. A Defensive Wall Remember when I mentioned that Orlando City has won four of the matches in which the club scores more than one goal? The flip side is the Lions haven’t won any of those seven matches when they give up more than one goal. The challenge is not only to score when the club hasn’t been scoring, but to keep Philadelphia from scoring. Pedro Gallese has been world class the last few matches, and he will need to be that way again. Orlando City desperately needs João Moutinho back in the lineup, as teams have been having their way with Kyle Smith, and Wednesday night was a good sign, as the starting left back played the first 45 minutes. As listeners of The Mane Land PawedCast know, I’m a big Kyle Smith fan, but he hasn’t been good recently. Orlando City needs the first-choice lineup with Ruan, Antonio Carlos, Robin Jansson, and Moutinho in front of Gallese. Additionally, the Lions need Cesar Araujo in the defensive midfield. Finally, every single one of these players need to put in an outstanding performance to keep Philadelphia off the scoreboard. A Balanced Midfield If needed, scroll back up to the first section where I mentioned that Orlando City’s lack of an attacker on the opposite side of Torres is hurting the attack. Well, I didn’t put it exactly that way, but it’s true. The Lions lack balance in the attack and it has enabled the opponents to focus on Torres and Pereyra and often effectively take them out of the match. Orlando City needs to do something to free those two up so they can either provide service for Kara, or score goals themselves. It all starts with Pereyra. He is the captain, he is the leader, and without him Orlando City isn’t the same team. Neither Michel nor Mulraney has been able to consistently provide a threat for opposing teams when on the pitch. If one of those players doesn’t step up and present a challenge for the Union defense, it will be tough for Orlando City to do the other things needed to win. This brings me back to my faint hope that Gioacchini may be available to play — that can only happen if his International Transfer Certificate comes in and if Oscar Pareja is confident his new attacker understands his system. Regardless, a solution needs to be found if the Lions are to defeat the Union. That is what I will be looking for as the Lions take on the Eastern Conference leaders. Let me know your thoughts in the comments below.