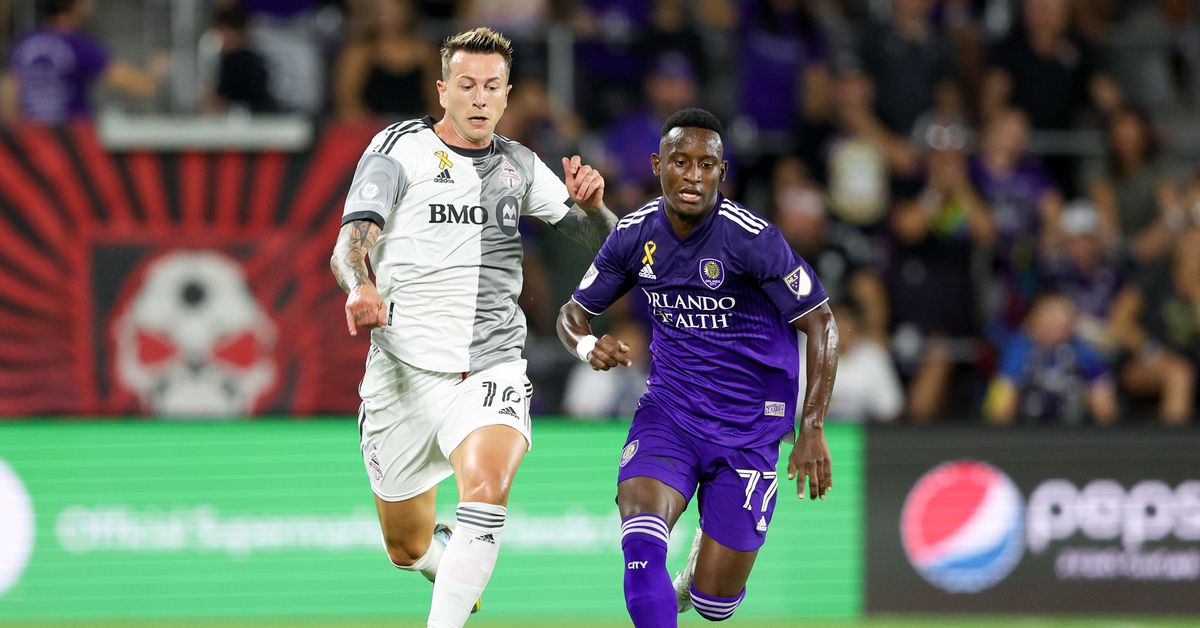 How did the Lions perform individually in their 4-0 win over Toronto FC?

Orlando City defeated Toronto FC 4-0 at Exploria Stadium on Saturday night. It was a dominating performance from the Lions heading into the international break. Earning all three points at home was a big help as Orlando City is looking to make the playoffs for a third season in a row. It was also the most goals scored by the Lions during the 2022 regular season.

Let’s look at how the Lions performed individually in the win.

GK, Pedro Gallese, 6.5 — El Pulpo didn’t have a lot to do on the night since Toronto only took 11 shots, and only three of those were on target. His toughest challenge of the night came on a reaction save in the 88th minute. This was Gallese’s ninth clean sheet in the regular season, and his first since the 1-0 over New York Red Bulls on Aug. 13.

D, Joao Moutinho, 6 — It was another solid outing from Moutinho. On defense, he made two tackles, three clearances, and committed two fouls. He stood up former Lion Richie Laryea in the 61st minute, taking the ball right off his foot. He did receive a yellow card in the 38th minute for a hand to the face as he tried to create some separation. Moutinho sent in six crosses on the night with the one in the 48th minute resulting in an own goal by Lukas MacNaughton.

D, Rodrigo Schlegel, 6.5 — Schlegel showed why he’s the best backup center back in MLS. He had two tackles, seven clearances, and one blocked shot. He passed the ball at an impressive 91.7% rate and completed five of eight long balls on the night. Long balls like those are something that Orlando City has missed with Robin Jansson out due to injury, so it was nice for Schlegel to provide that for the Lions.

D, Antonio Carlos, 6.5 — Carlos was determined to get into the attack against Toronto. He took two shots — one on target — and provided the nifty back heel pass to Facundo Torres that led to the first goal. He was his typical efficient self on defense with two tackles, six interceptions, and two clearances. He passed at an 84.4% rate and was successful on one of four long balls.

D, Ruan, 6 — Ruan was his typical self. He played pretty well in defense with one tackle, one interception, and one blocked shot in the 73rd minute that saved a goal. He attempted two crosses, one of which actually made it into the 6-yard box, though Kara wasn’t able to do anything with it. He subbed off for Kyle Smith in the 80th minute.

MF, Wilder Cartagena, 6.5 — Cartagena did exactly what he was brought in to do — be an effective backup for César Araújo. He made three tackles and two interceptions on defense. He also got involved in the offense, taking one shot and making two key passes. He passed at an 88.9% rate and completed five of seven long balls. This was a very solid performance from the Peruvian.

MF, Mauricio Pereyra, 6.5 — The captain once again played a little deeper in the midfield providing more defense while still directing the offense. Defensively he made one tackle and had two interceptions. Offensively, he did not take any shots but did have two key passes, including a perfect through ball to Kara for Orlando City’s second goal. He completed 84.4% of his passes, including five of five long balls. He was subbed off for Andres Perea in the 71st minute.

MF, Ivan Angulo, 8 (MotM) — From the start, Iván Angulo was all over the pitch on both offense and defense. Angulo led the team with five shots — two on target — and contributed two key passes. He had a team-high 92.6% passing rate on 27 passes, with one cross. He completed his only long ball, and his only through ball provided the assist on Tesho Akindele’s goal. On defense, he made two interceptions, and on clearance. Most importantly, his work rate was outstanding. He was everywhere along the left side, and seemed to be completely in tune with Torres. He figured in three of the four goals, getting a primary assist on Akindele’s, a secondary assist on Torres’ opener, and his pass sent Moutinho to the end line on the play that resulted in the own goal. This was Angulo’s best match so far as a Lion and as such it was deserving of our pick for Man of the Match.

MF, Junior Urso, 6.5 — The Bear put in his normal efficient shift. He sniffed out trouble in Toronto’s half before it could develop. He had three dribbles and worked well with Pereyra and Torres in attack. His only shot was on target, but it was saved. He passed at an impressive 91.2% rate, with two key passes, and connected on three of his four long balls.

MF, Facundo Torres, 7.5 — Torres continued his run of good form scoring the first goal of the match in the 9th minute. After receiving the back heel pass from Carlos, he moved from the right side, along the top of the box, and finally smashed the ball inside the near post with his left foot. It was such a perfect shot that he froze Toronto keeper Quentin Westberg. As I mentioned, he and Angulo were seemingly reading each other’s minds. He almost scored a brace on a pass from Angulo, but he hit the left post. To be especially fair, the angle on that shot wasn’t great. He finished with three shots — one on target — and one key pass. He drew four fouls, and made one interception. He wasn’t perfect, as he passed at an 81.2% rate, and had a giveaway in the 60th minute that was the result of poor communication with Urso. Regardless, this was another excellent performance from the Young Designated Player.

F, Ercan Kara, 6.5 — Kara showed what he can do when given proper service. His run on Pereyra’s assist in the 22nd minute was perfectly timed and his finish was clinical. He almost added an assist when he chested the ball in the box to Angulo for shot that resulted in a corner kick rather than a goal. Kara’s second shot was not on target and seems to have been an homage to Carlos Rivas, as it hit the Heineken sign. Kara actually assisted on the defensive end as well, making one interception. He was subbed off in the 71st minute for Benji Michel.

F, Benji Michel (71’), 5 — Michel only had six touches after coming on for Kara, and two of those were aerials he won. The other four touches were passes, but he only completed one of them. He probably should have won a free kick and a red card on Shane O’Neill for denial of a goal-scoring opportunity on a late potential breakaway but the foul wasn’t given. The important thing is he didn’t do any harm and helped the team see out the victory.

MF, Andrés Perea (71’), 6 — Perea was pretty active after he came on for Pereyra. He took two shots, including a header that went wide in the 95th minute. He passed at an 83.3% rate, with one key pass, and he completed one of two long balls. Defensively, he made four tackles, one interception, and committed two fouls. A very solid night for the young man.

D, Kyle Smith (80’), 5.5 — The Accountant didn’t have any last-minute heroics in this match, and that is fine. The match was well in hand before he entered the match, and he helped see it out. Defensively, he made one tackle, one interception, and one clearance. Smith made one key pass — a good ball to Perea that was headed wide — and one cross.

F, Tesho Akindele (80’), 6.5 — Akindele scored his third goal of the season in the 84th minute to really emphasize how over the match was at that point. He made a nifty little move to run onto the pass from Angulo, and one-timed the ball inside the far post. Akindele also contributed a key pass.

MF, Nicholas Gioacchini (85’), N/A — Gioacchini came on late for Cartagena. He only had three touches, and passed at a 33.3% rate.

That’s how I saw the individual performances for Orlando City in this Eastern Conference bout. Let us know how you saw the game in the comments and don’t forget to vote on your Man of the Match.