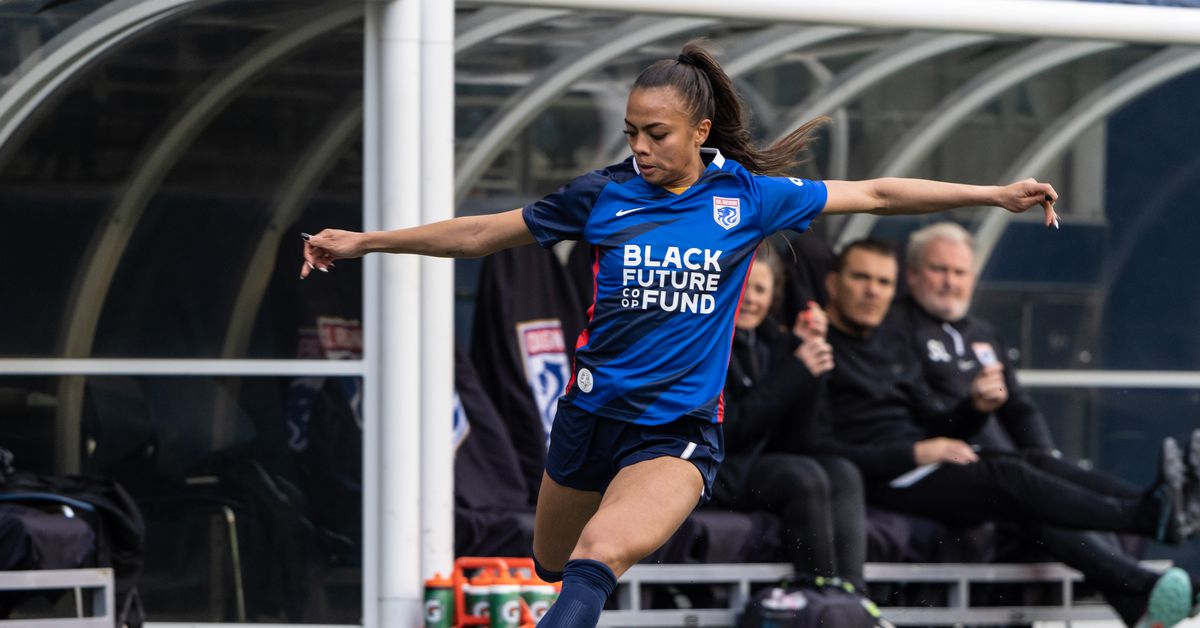 The Pride sent $125,000 in allocation money to the Reign in exchange for another attacking player.

The Orlando Pride announced this afternoon the acquisition of forward Ally Watt from OL Reign. In return for the 25-year-old attacker, the Pride parted with $125,000 of allocation money.

“We are very excited to welcome Ally to Orlando and our club as we continue our roster build and push toward a place in the NWSL playoffs,” Pride General Manager Ian Fleming said in a club press release. “Ally embodies our ideal profile of a young player with loads of potential, the pace and technical ability to match, and a mentality to put in the work necessary to develop herself and grow her impact on the pitch. We are confident that she will be a success as a member of our new-look Pride and we look forward to seeing her in purple very soon.”

Watt was initially selected by the North Carolina Courage with the sixth overall pick in the 2020 NWSL Draft out of Texas A&M. She made her professional debut during the 2019-2020 W-League season in Australia for Melbourne City.

The 25-year-old attacker made her NWSL debut on June 27, 2020 during the 2020 NWSL Challenge Cup but her season was cut short after just 13 minutes when she tore her ACL and meniscus. The Courage traded the Colorado Springs native to the Reign following the 2020 season in exchange for Taylor Smith and the rights to former Pride forward Jodie Taylor.

However, Sounder at Heart reports that before she could return to full training, her 2021 season was also cut short due to a failed meniscus repair. As a result, the forward had to have another surgery — the fourth on her knee.

Watt returned to full training for the Reign last fall and made her debut for the Washington-based club — her second NWSL appearance — on Oct. 10, 2021. The forward has appeared in 21 of the Reign’s 22 games in all competitions during the 2022 NWSL season. She has recorded one goal and one assist in her first full season, starting three times in 14 regular-season appearances.

Prior to turning professional, Watt was Texas A&M’s first two-time United Soccer Coaches All-America first team selection. Additionally, she was named to the All-SEC first team three times, named the 2019 SEC Forward of the Year, and was a 2018 and 2019 MAC Hermann Trophy semifinalist.

What This Means for Orlando

Scoring has been a struggle for the Pride during the 2022 NWSL season. The team lost its three top goal scorers from 2021 — Alex Morgan, Taylor, and Sydney Leroux — during the current rebuild. The Pride are currently eighth in goals scored, with 17.

Watt’s biggest attribute is her speed. She has been clocked at 35.3 kilometers per hour, making her one of the fastest players in the NWSL. This asset will be helpful in creating chances for forwards Darian Jenkins and Julie Doyle.

The Pride are currently on a six-game unbeaten run, pushing them up to eighth in the standings. They currently sit three points behind Angel City FC for seventh and six points behind OL Reign for the sixth and final playoff spot. However, putting shots on target has been a problem recently. Against Angel City on Aug. 7, the Pride only put one of 16 shots on target. That was followed by a performance in San Diego Saturday night in which they only put two of eight shots on target. Adding the experienced Watt will hopefully create some more consistency.

Another factor in this trade is that Watt is only 25 years old. While the Pride have played well recently, they’re not expected to compete for another year or two. Watt is young enough that she’ll be in her prime when the team plans to be ready to compete for an NWSL championship.

Per our friends at Sounder at Heart, Watt seemed to be a fan favorite with the Reign and has a ton of upside. While her speed is her greatest asset, her first touch could still use some development. Below are some of the collegiate highlights that made her a high pick in the NWSL Draft.