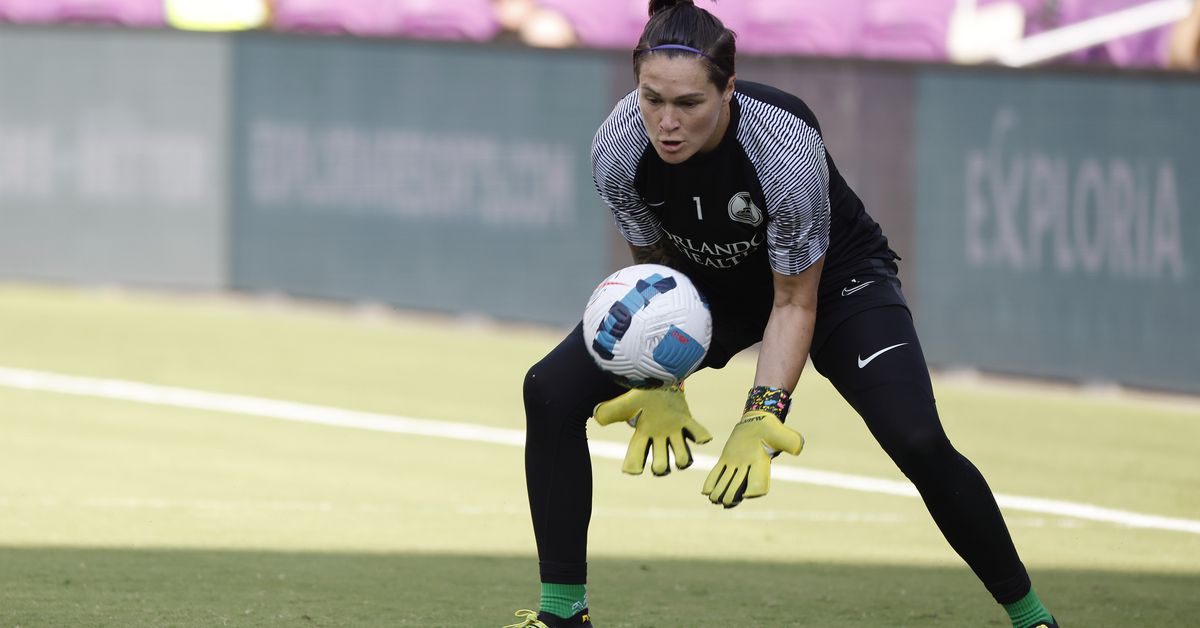 Kim Klement-USA TODAY Sports The Pride have extended Erin McLeod’s stay in Orlando through the 2023 NWSL season. The Orlando Pride announced today that the club has agreed to terms with starting goalkeeper Erin McLeod on a one-year contract extension. The deal will keep the Canadian international with the Pride through the 2023 NWSL season. “Erin is an integral part of our club and we’re excited to be able to extend her time in Orlando,” Pride General Manager Ian Fleming said in a club press release. “She is a fantastic athlete, a strong leader, and a pleasure to work with on a daily basis. Erin exemplifies what it means to be a professional. Her positive influence and support of her teammates are traits that we want to be the foundation of what we’re building, and having her as a member of our Pride for an additional year was an easy decision for everyone involved.” McLeod initially signed a one-year contract with the Pride on Feb. 14, 2020 with an option for an additional year. Following the cancellation of the 2020 NWSL season, McLeod went on loan to Stjarnan in Iceland, not taking part in the 2020 Fall Series. When she returned to Orlando, she backed up Ashlyn Harris but took over as starter when Harris got injured on Sept. 5.. After Harris was traded to NJ/NY Gotham FC during this past off-season, McLeod became the Pride’s starting goalkeeper. She started the first two games of the Challenge Cup before undergoing a knee procedure that kept her out of the preseason tournament. She returned by the start of the NWSL regular season on May 1 and has played every minute of the first four games of the season. McLeod made two appearance in this year’s Challenge Cup, playing 180 minutes and allowing one goal with one shutout. She made seven saves and went 0-1-1. In the first four games of the regular season, McLeod has played 360 minutes, conceding six goals, three of which came in the first game. She’s made 11 saves with one shutout and has a record of 2-1-1. In all, McLeod has made 12 appearances with 11 starts and recorded 923 minutes in two seasons with the Pride. She’s conceded 14 goals with two shutouts and made 34 saves. With two wins and a draw in the last three games, her record as the Pride’s starting goalkeeper is now 5-4-2 in all competitions. McLeod began her career in her native country with the Vancouver Whitecaps WSL team in 2004. She has also played for the Washington Freedom (2009), Dalsjӧfors GoIF (2011-12), Chicago Red Stars (2013), Houston Dash (2014-2015), FC Rosengård (2016-2017) and Växjӧ DFF (2018-2019). Internationally, the 39-year-old has represented Canada 120 times. She was a member of her national team in three FIFA Women’s World Cups and three Summer Olympic Games. Most recently, she was a member of the Canada 2020 Olympic team that won the Gold medal, following up a Bronze performance in the 2012 games in England. What This Means for Orlando McLeod is a leader on this young Pride team and a vocal presence in the back. The Pride traded several of their experienced players prior to this season and Pride Head Coach Amanda Cromwell has been playing Carrie Lawrence at center back, a new role on the team for the 24-year-old. Following the team’s 2-1 win over the North Carolina Courage Wednesday night, Cromwell spoke about the importance of having the experienced goalkeeper in net. “One of my former assistants was here tonight,” she said. “I just saw him and he’s like, ‘Erin’s voice in the back was so important because it was so calming to the team.” In addition to her calming presence, McLeod has been excellent this year. She made some fantastic saves in the 1-0 win over Angel City FC and kept her team in the game in the 2-2 draw against the Kansas City Current. As a result, the Pride now sit in second place in the NWSL, largely due to McLeod’s leadership and play. At 39 years old, McLeod likely won’t be in Orlando long-term, but will impact the rebuilding process that the Pride are undergoing. Her experience allows her to serve as a mentor to the young goalkeepers on the team and to provide comfort to the defenders as they continue to develop.