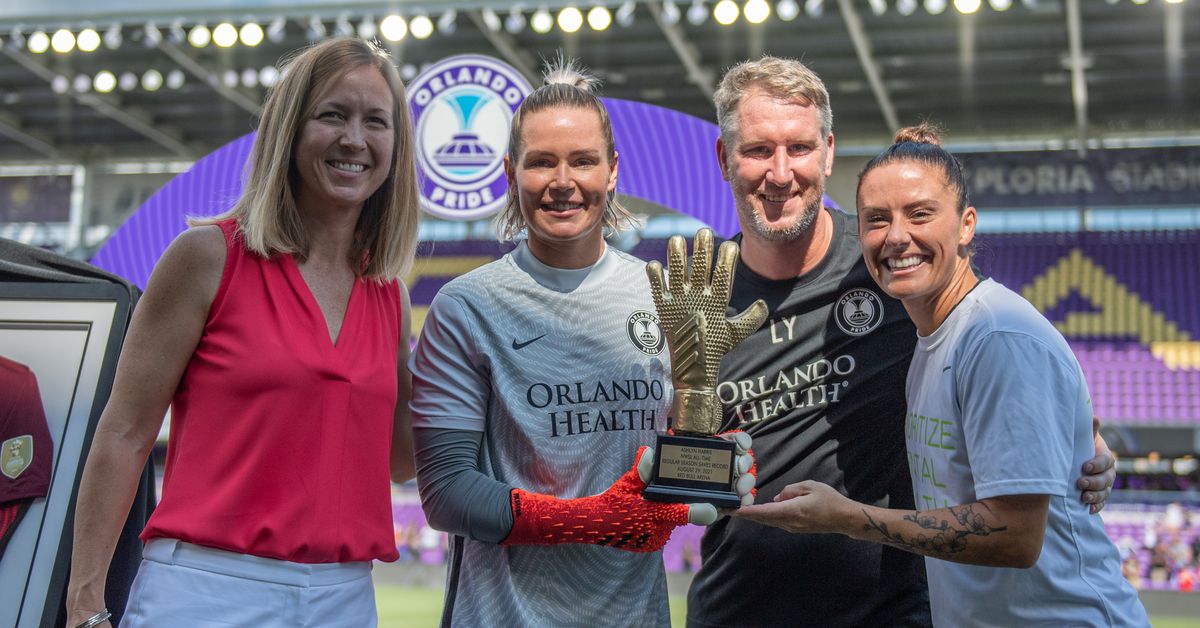 Photo by Jeremy Reper/ISI Photos/Getty Images The Athletic reports that the Pride are close to trading Ali Krieger and Ashlyn Harris to NJ/NY Gotham FC. According to a report from Meg Linehan of The Athletic ($), the Orlando Pride are close to a trade with NJ/NY Gotham FC that would see center back Ali Krieger and goalkeeper Ashlyn Harris leaving Orlando. The report doesn’t mention what the Pride would be getting back in return. The trade would be the biggest that the Pride have ever made. Harris was the first player to join the Pride back in 2015, which saw the Cocoa Beach native return home. She was joined a year later by her now wife, Krieger, after the two played together in Washington, D.C. Harris has made a team-record 89 appearances in all competitions since 2016, recording 7,923 minutes. She’s conceded 135 goals from 456 shots for a 1.53 goals against average for the Pride. So far, her record for the team is 25-38-17. Krieger joined the Pride in Nov. 2016 and has made 86 appearances for the club — second all-time behind Harris. She’s recorded 7,603 minutes and had seven assists as a right back and center back. If the trade occurs, it would be a major step in the rebuild of the Pride. The core of the team is aging, with Harris (36) and Krieger (37) being two of those players. They are expected to remain on the same team wherever they play, so the two being traded together isn’t a surprise. Whether this is a good deal for Orlando depends on what the Pride get in return. The team is looking to get younger so bringing in either of Gotham’s current goalkeepers, Kailen Sheridan (26) or DiDi Haracic (29), would help, especially since at least one of them is likely to leave with the arrival of Harris. The move could also make way for a center back pairing of Phoebe McClernon and Amy Turner. The 23-year-old McClernon was a second-round pick of the Pride in the 2020 NWSL Draft. She primarily came in as a sub during the 2021 season after beginning the season as a starter, but has been seen as the future starting center back for the team. It’s also notable that Krieger and Harris have been federation players, meaning that U.S. Soccer has been paying their salaries. However, both have fallen from the national team radar, meaning that they could be dropped as federation players for 2022. We will continue to monitor the story as it develops.