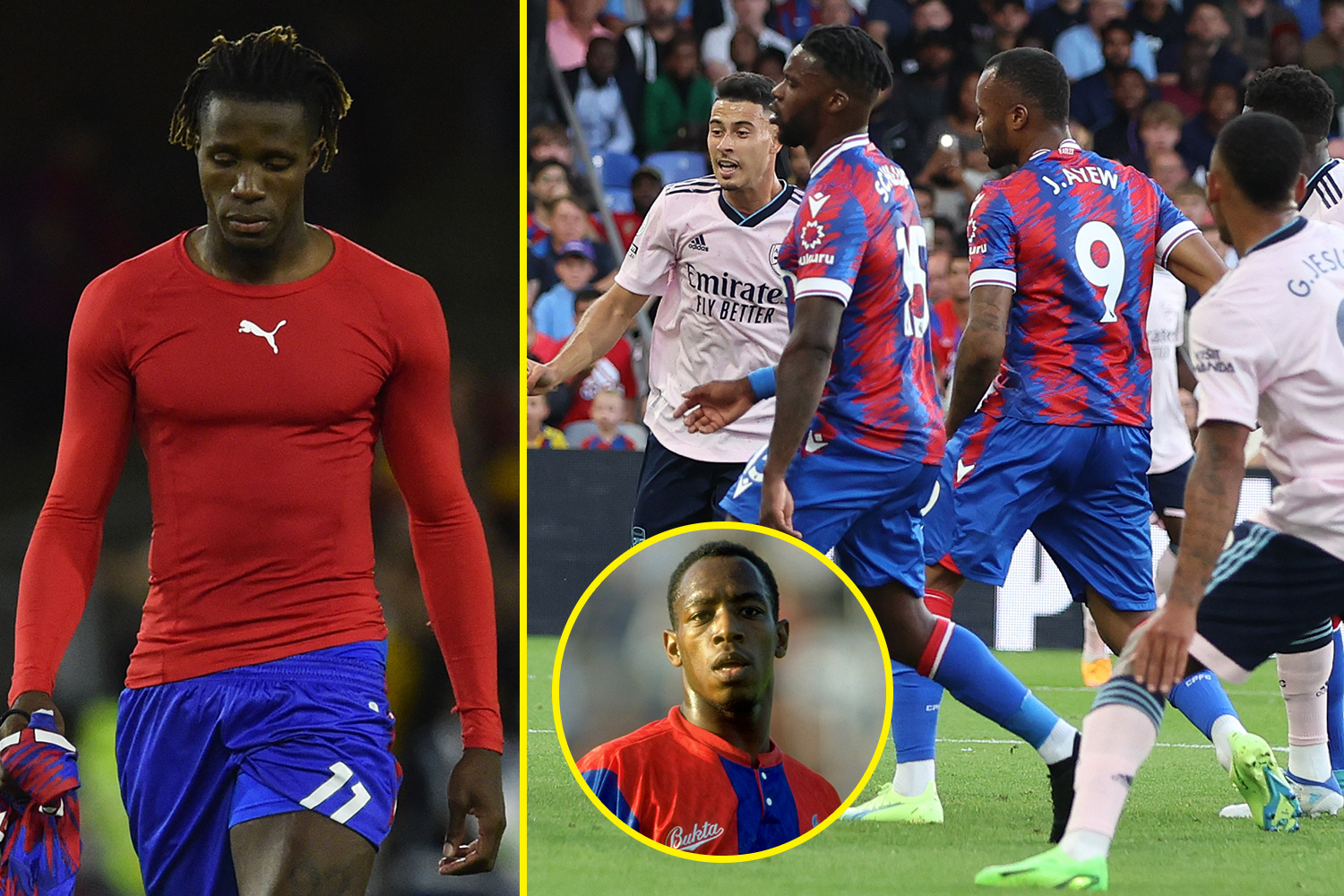 Arsenal’s performance at Crystal Palace has been questioned despite a 2-0 victory for the Gunners. Mikel Arteta’s side raced into a one-goal lead on the opening night of the Premier League season, making a scintilating start to the campaign. Arsenal bagged three points on the opening nightGetty Gabriel Martinelli headed the visitors into a deserved lead on 20 minutes and it looked like Arsenal could run away with the game. However, for the next 65 minutes, Palace piled on the pressure and spurned two glorious opportunities to score through Osdonne Edouard and Eberechi Eze. In the end, the Gunners doubled their lead as Marc Guehi turned Bukayo Saka’s cross into his own net on 85 minutes, glossing over some alarming moments for Arteta’s side after that fast start. “Arsenal gave everyone a glimpse of what they’re capable of in that first 20 minutes, they were electric,” ex-Premier League striker Dean Ashton said on commentary for talkSPORT. “But there were long periods in that game where it felt like they were just surviving, rather than having control of the game and dominating away from home. “It felt like they survived and maybe got away with a result. Vieira will want to do business in the next few weeks because Palace are looking a bit light on quality, but there’s nothing wrong with the effort.” Palace lacked a cutting edge in front of goalRex Most read in Football LIVE Palace v Arsenal: Reaction as 'young Ferdinand' Saliba and 'perfect' Jesus seal win NEWS Tuchel confirms Cucurella move, Klopp rules out more Liverpool deals, De Jong latest PERFECT START Sadio Mane scores on Bundesliga debut as Bayern Munich thrash Frankfurt incoming Everton beat West Ham to Lille midfielder as Moyes urges Hammers to 'fill voids' DONE Chelsea announce Cucurella transfer with jibe at Brighton, beating City to £60m deal confirmed Premier League introduces seven new rules including changes to subs and penalties And ex-Chelsea defender Jason Cundy believes that while Arsenal will dominate headlines, the real questions are facing Palace. He argues the Gunners were let off the hook by a lack of firepower up front for the hosts, referencing legendary striker Ian Wright – who played for both clubs. “They had no real quality,” Cundy told talkSPORT. “There will be tougher evenings’ work for Arsenal. “Every season, I seem to be saying the same thing, in front of goal they just seem to lack an Ian Wright. Arsenal would’ve been in trouble if Palace had a clinical striker on Friday night…Getty Images - Getty “That’s the sort of cutting edge they lack. Between the two goals, Arsenal didn’t do a great deal.” But ex-England forward Carlton Cole insists it does not matter how you win on the opening day of a new season. He told talkSPORT: “First game of the season is very, very hard to get your bearings. “Away to Palace, they are a hard outfit to break down. Last season, Arsenal went down to Brentford, so this is a great sign. “It doesn’t matter how they did it!” Offers Of The Weekend Bet365: Bet £10 Get £50 in Free Bets* – CLAIM HERE Paddy Power: Bet £5 via the talkSPORT EDGE app with Paddy Power and get a £5 free bet – available to all customers* – CLAIM HERE Sky Bet: Over 2.5 goals in each of the 6 Premier League matches on Sat 6th Aug (was 33/1) @ 40/1 – CLAIM HERE Bet365: Open account offer. Bet £10 & Get £50 in Free Bets for new customers at bet365. Min deposit requirement. Free Bets are paid as Bet Credits and are available for use upon settlement of qualifying bets. Min odds, bet and payment method exclusions apply. Returns exclude Bet Credits stake. Time limits and T&Cs apply 18+ Begambleaware.org Paddy Power: Place a £5 Sportsbook Bet through the talkSPORT EDGE app between the 1st and 31st August. Get a £5 free bet on the next Monday after your qualifying bet. T&C’s apply. 18+ Begambleaware.org SEE MORE FREE BET OFFERS HERE