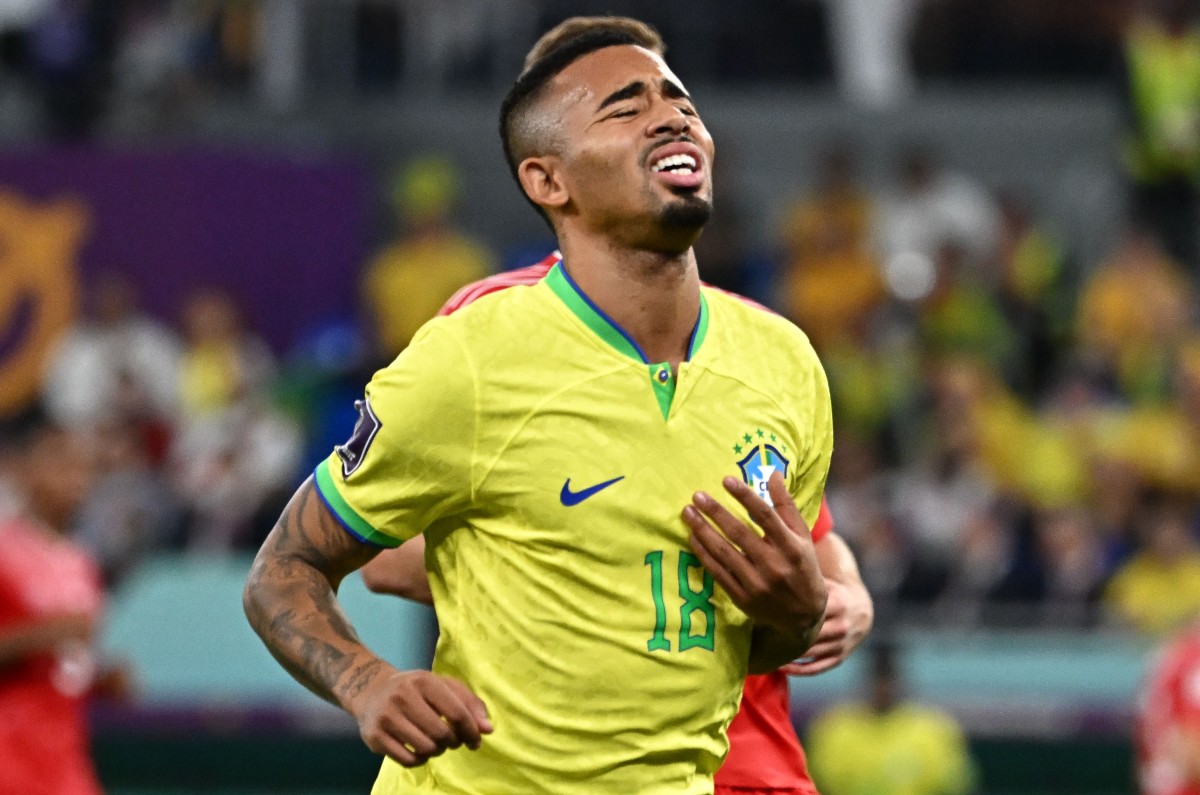 Arsenal will have to rethink their attack after the World Cup after it was confirmed that they would be missing Gabriel Jesus for months after his injury for Brazil.Jesus has five goals and seven assists for Arsenal so far this season, but has contributed significantly to Arsenal’s excellent start to the season, leaving them top of the Premier League with a five-point cushion to Jesus’ former club, Manchester City.In Brazil’s final group game against Cameroon, Jesus was forced off with injury. It has transpired that he has medial ligament damage. As confirmed by The Telegraph, the injury is more serious than first thought, and he will likely miss several months out.Mikel Arteta will have to work out how to cater for his absence – or dip into the market.The recovery time varies depending on the person, but it seems likely that it will be stretching into March by the time Jesus is fully firing again.While the Gunners have several options up front, given the opportunity that Arsenal have to push City for the title this season, they may be tempted to reinforce in January. Covering injured players with signings is rarely a wise strategy if that player is due to return within six months, but the situation might tempt them. The post Arsenal title challenge suffers major blow as Gabriel Jesus surgery is confirmed appeared first on CaughtOffside.