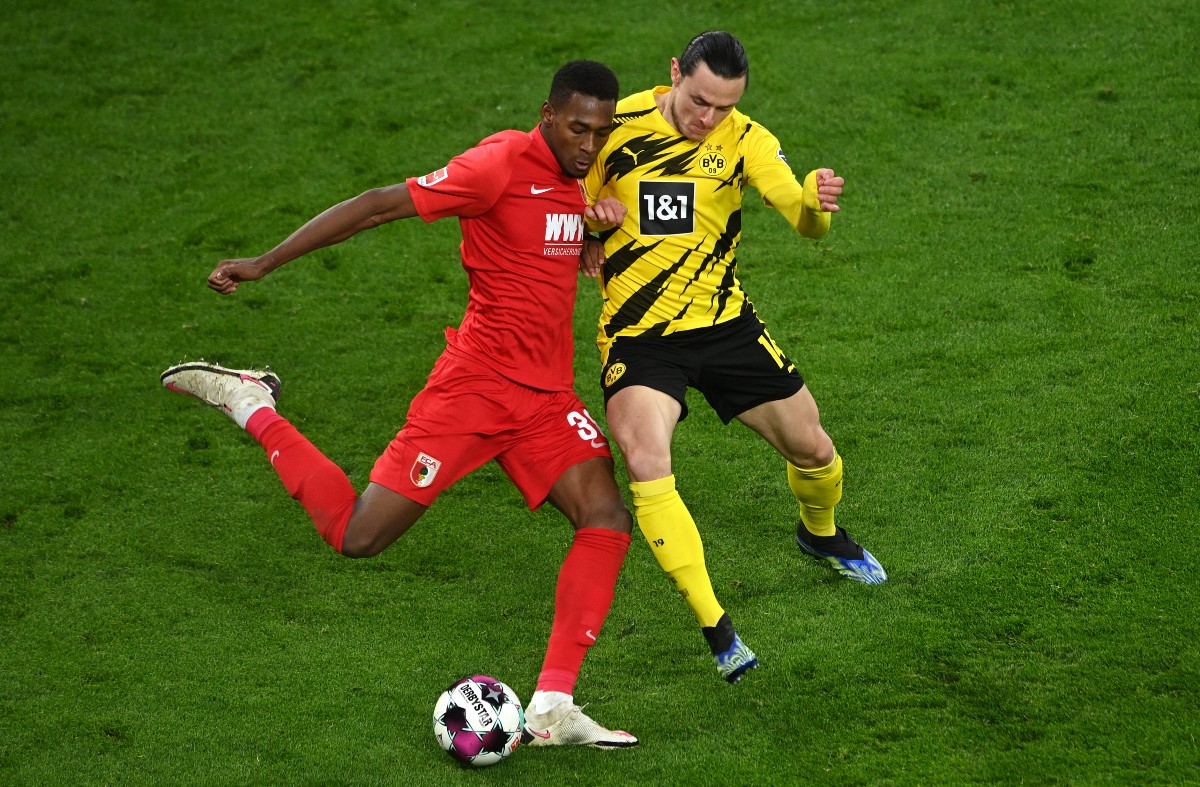 Borussia Dortmund left-back Nico Schulz has had his house searched by police as he’s investigated over some shocking allegations.Schulz has been accused of attacking his girlfriend while she was pregnant, supposedly kicking her in the stomach with shoes on.The 29-year-old has denied the claims, but it seems these serious accusations are being looked into, according to Bild.The German paper are also reported to have seen WhatsApp messages from the player’s former partner that point to other incidents of abuse.A Dortmund statement read: “Borussia Dortmund took Saturday’s media reports regarding criminal allegations – concerning Nico Schulz’s private life – as an opportunity to immediately seek dialogue with the player and his advisors.“The player denies the criminal charges against him. Nico Schulz has informed us that he will defend himself against these allegations with the help of a lawyer and that he will also claim the presumption of innocence.“The allegations made, of which Borussia Dortmund was not aware until the media reports, weigh extremely heavily and are shocking for BVB. Borussia Dortmund takes it very seriously and distances itself from any form of violence. More Stories / Latest News Man United reach £15m agreement to sign Juventus star and what it means for De Jong Aug 8 2022, 14:08 (Photo) “F**king hell!” – Jack Grealish lays into Sportbible Aug 8 2022, 13:54 Video: Manchester United super-fan “stunned” by “desperate” transfer move Aug 8 2022, 13:53 “However, Borussia Dortmund is not a party to the proceedings and has no access to the investigation files or the criminal complaint that has apparently been filed.“Since this is a pending procedure in the early stages of the investigation and the factual and legal situation for Borussia Dortmund is extremely unclear as of today, we are currently unable to make any reliable and legally certain decisions regarding labour law and disciplinary measures.“However, we reserve the right to do so at any time for a point in time when we objectively know more. Borussia Dortmund will not be making any further comments at this time.”The post Bundesliga star has house searched by police after being accused of kicking pregnant girlfriend appeared first on CaughtOffside.