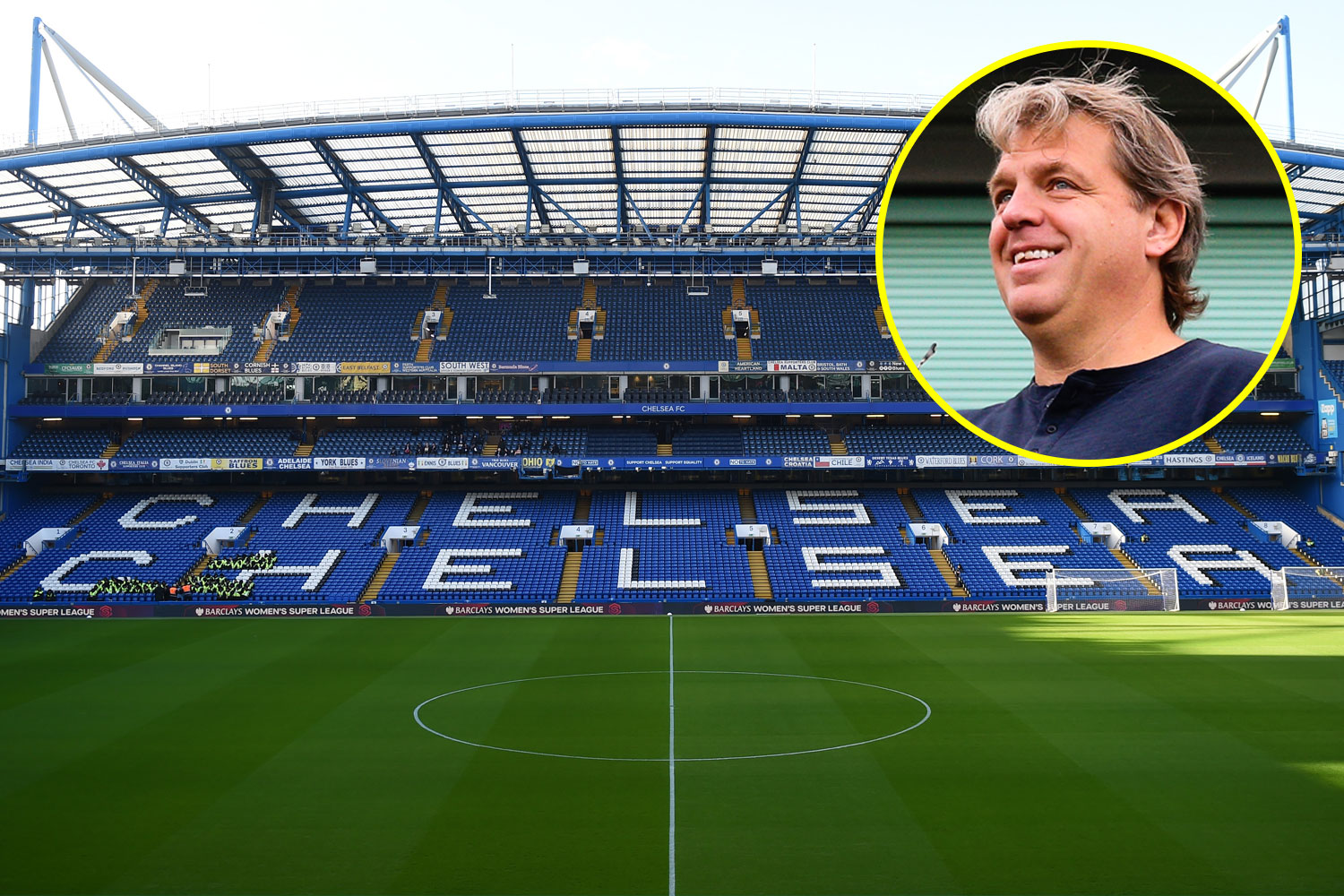 Chelsea will NOT be departing Stamford Bridge with owner Todd Boehly committed to a massive redevelopment of the stadium. There were fears from fans that the Blues could leave their historic home in the future, which has long been mooted. GettyChelsea owner Boehly has committed to a redevelopment of Stamford Bridge[/caption] The ground’s capacity of just under 42,000 is the smallest of any of the ‘Big Six’ sides. New locations have been considered in the past, with it reported last month how Boehly was weighing up moving to a 60,000-seater stadium in Earl’s Court. Previous owner Roman Abromovich also considered moving to Earl’s Court, but plans were abandoned in 2010 after the Hammersmith and Fulham Council rejected the proposal. But, according to SunSport, Boehly has promised the stadium freeholder that he will be expanding Stamford Bridge as opposed to leaving. Chelsea Pitch Owners – the shareholder group that owns the ground’s freehold – confirmed Boehly’s intentions. A statement read: “The new owners have committed to redevelopment of the stadium. GettyBlues fans feared that Boehly could look to move to a new home away from Stamford Bridge[/caption] Most read in football CHANGE EFL clubs change kick-off times on day of England vs France ron-call Ronaldo's sister says Portugal boss Santos 'humiliated' her benched brother hang back Silva runs back onto pitch as Portugal celebrate opening goal against Switzerland exit Ronaldo first down tunnel as Portugal teammates celebrate emphatic World Cup win benched Cristiano Ronaldo dropped for Portugal's last-16 World Cup clash with Switzerland missing Mbappe absent from France training as France prepare for England clash “So it is anticipated the group’s workload will increase as this project begins to take shape.” Should the west London giants depart Stamford Bridge without the permission of the Chelsea Pitch Owners, they would have to change their name. That is because Chelsea Pitch Owners own the naming rights of the Blues, while also owning the freehold of the stadium with a 180-year lease. Meanwhile, Chelsea skipper Cesar Azpilicueta has revealed how Boehly was instrumental in convincing him to sign a new deal at the club. It had been claimed that Boehly could look to move Chelsea to Earl’s CourtAFP Azpilicueta, 33, looked set to link up with Barcelona on a free transfer in the summer when his contract expired, only to make a U-turn on his decision. He remarked: “At Chelsea I played less than 30 games and I was already a free agent. “It had never happened to me in my life. But the new owners arrived and they showed me the desire to stay with me”. The defender added: “London is my home and my children speak English better than Spanish. “When I made the decision I think [Barcelona head coach] Xavi understood it. If things are clear, they are understood.” talkSPORT World Cup 2022 Coverage talkSPORT is bringing you wall-to-wall coverage of the 2022 World Cup. We are broadcasting all 64 games in the tournament live, with over 600 hours of coverage across our network. You can tune in to talkSPORT and talkSPORT 2 via our free online streaming service at talkSPORT.com. talkSPORT is widely available across the UK via DAB digital radio and on 1089 or 1053 AM. You can also download the talkSPORT app, or ask your smart speaker to play talkSPORT.