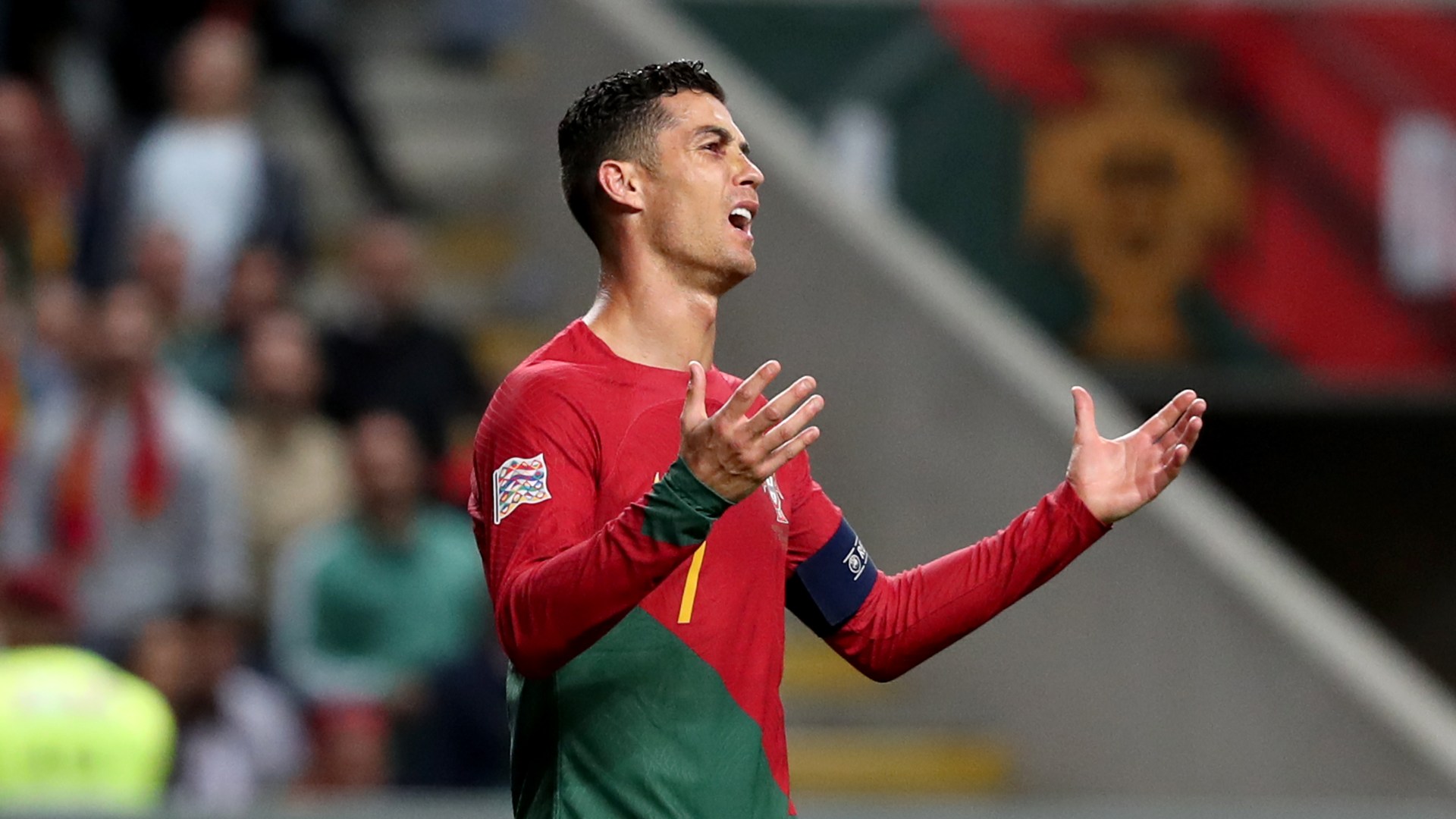 Portugal suffered late heartbreak against rivals Spain after Alvaro Morata’s late winner saw them miss out on a spot in the Nations League finals. The inaugural champions of UEFA’s competition dominated the match but Morata’s 88th minute finish sent La Roja into the final four. Cristiano Ronaldo was denied Portugal’s biggest chance of the matchGetty Portugal only needed to avoid defeat in BragaGetty Portugal were heavy favourites to progress from League A Group 2 having only needed a draw in Braga following Spain’s surprising 2-1 loss at home to Switzerland on Saturday. And despite not boasting much of the possession, Fernando Santos’ side had much the better chances in front of a raucous home crowd. Cristiano Ronaldo holds the record for most international goals with 117 but his frustrating start to the season continued here. The 37-year-old had Portugal’s best chance to open the scoring with the two sides deadlocked shortly after the second-half restart. Ronaldo found himself one-on-one after being slipped in by Diogo Jota but he failed to beat the onrushing Unai Simon with a low effort. The Manchester United star is still without his usual sharpness and saw another few opportunities go to waste. Most read in Football SEND-OFF 'Legend' - Premier League stars pay tribute as Delph announces retirement favour Trent has fewer England minutes under Southgate than ex-Spurs star without a club snapped Son shows off ripped physique in photoshoot as Spurs star lands Calvin Klein role opinion Maguire plays because Mings is 'terrible' as Mills dismisses England alternatives sorry Maguire posts Instagram apology as Man United teammate makes abuse claim realistic 'I fully accept being dropped' - Shaw reveals talks with Man United boss Ten Hag Morata had cut an isolated figure before his late winnerGetty The last five meetings between the pair have ended in draws and this one looked to be heading the same way until Morata popped up. With two minutes remaining, Nico Williams headed across a long ball into the box to the Atletico Madrid striker to lash into the net from close range and spark jubilant scenes. Ronaldo then had the chance to be the hero in stoppage time but again failed to beat Simon with a near post effort. It caps a miserable international break for Portugal’s captain, who had been hoping to rediscover his form after dropping out of the United team. Ronaldo drew a blank in both of the games against Czech Republic and Spain with his last goal for his country coming back in June. Morata’s goal sent Spain into the final fourGetty Ronaldo is appearing to lack confidenceGetty He is undoubtedly one of the best players ever, but the calls are growing for him to be dropped from Portugal’s starting XI. One of the country’s biggest publications, A Bola, had the headline: ‘menos Ronaldo, mais Portugal’, which translates into ‘less Ronaldo, more Portugal’. He will surely be included in Portugal’s World Cup squad for Qatar and he still wants to be involved in the 2024 European Championship. “I hope to be part of the Federation for a few more years,” Ronaldo said. “I still feel motivated; my ambition is high. I’m in a team with young people. I want to be part of this World Cup and the European too; I’m going to assume that right away.”