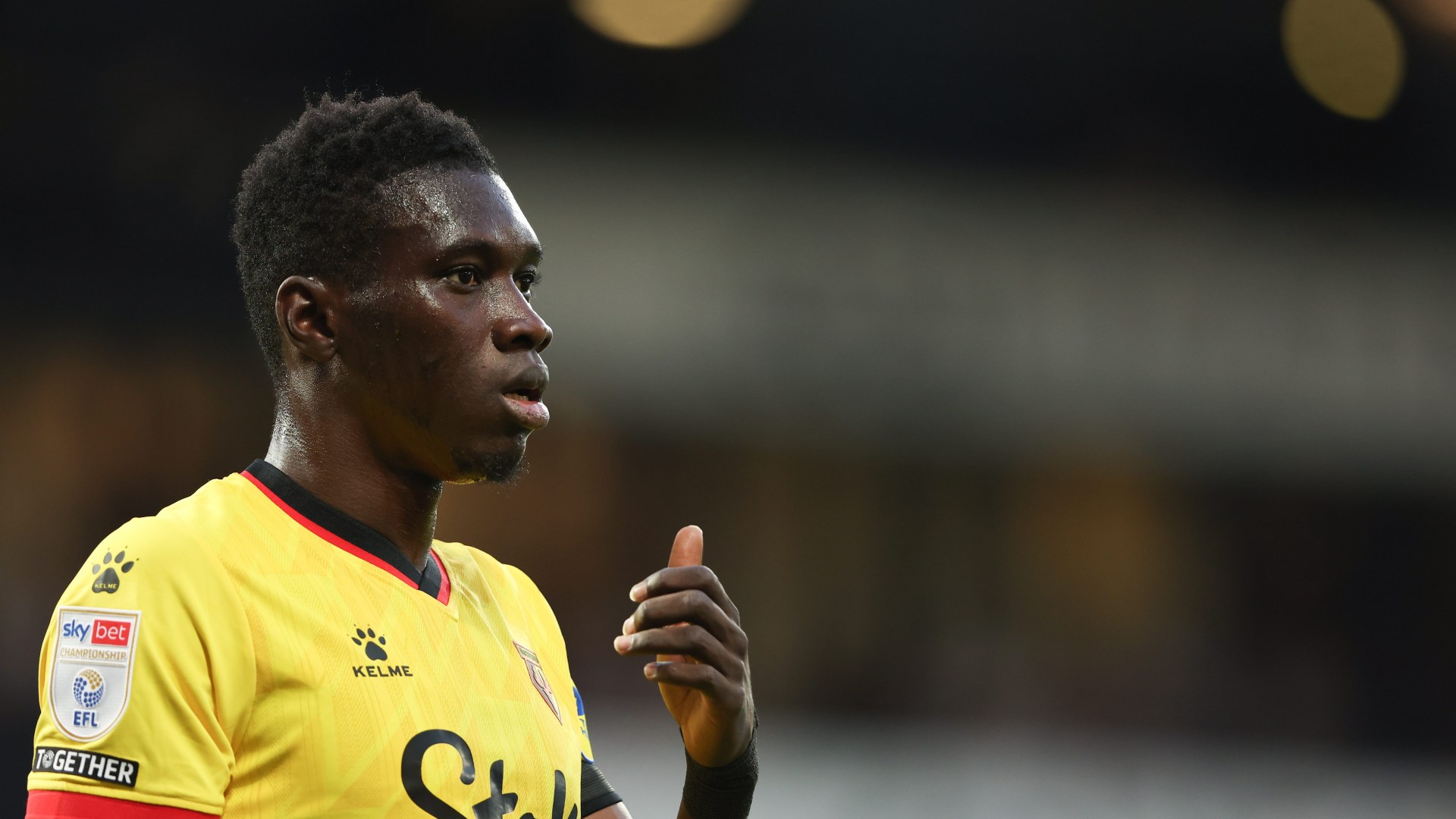 Ismaila Sarr sat out Watford’s 1-1 draw with Birmingham amid speculation builds around his future at the club. The Senegal international has been linked with a move away from Vicarage Road following their relegation from the Premier League last season. Sarr has been a Watford player since 2019Getty According to reports from The Athletic, Crystal Palace are hopeful of completing a deal to sign the forward before the end of the month. The Eagles are working on a deal with negotiations having taken place behind the scenes for a number of weeks. Palace’s sporting director, Dougie Freedman, was in attendance at St Andrew’s for the Championship fixture however he never got to see his man in action with Sarr left out as a precaution due to a hamstring injury. As it stands, no agreement has yet been reached with Watford claiming that no offer has been received. Palace are long-term admirers of Sarr having monitored his progress since arriving in England. Since joining Watford, the 25-year-old has scored 25 goals and contributed 19 assists in 95 fixtures. Most read in Football gossip Man United ready Casemiro move amid £42m deal for new striker, Alli to Besiktas DEAL 'It's in play' - Jordan reveals he's 'potentially looking at' buying Coventry City surprise Ajax's reaction to Man United's bid for Martinez and Arsenal's concerns revealed vile Andersen reveals death threats in '300-400' abusive messages sent after Nunez clash ban Darwin Nunez red card: Liverpool ace to miss Man United trip but could face Everton home Man United urged to sign Brentford or Newcastle strikers over Matheus Cunha Vieira is keen to add to his attacking options this summerGetty Patrick Vieira is particularly keen to add pace to his attacking line as he looks to bolster his options before the end of the month. This comes after Cristian Benteke’s move to DC United was confirmed earlier in August. Whether a deal can be agreed remains to be seen, but with Sarr also attracting interest from Leeds and Newcastle, it looks increasingly likely that his days at Vicarage Road could be numbered. Offer Of The Day PADDY POWER ALL CUSTOMERS: Bet £5 via the talkSPORT EDGE app with Paddy Power and get a £5 free bet – available to all customers* – CLAIM HERE BETFAIR NEW CUSTOMERS: Bet £10 on 13.50 York on Wednesday, Get £60 in Free Bets* – CLAIM HERE Paddy Power All Customers: Place a £5 Sportsbook Bet through the talkSPORT EDGE app between the 1st and 31st August. Get a £5 free bet on the next Monday after your qualifying bet. T&C’s apply. 18+ Begambleaware.org Betfair: 18+. New customer offer. Bet £10 on SBK on the 13:50 York, Wednesday, 17th August. Get a £10 free bet for each of the remaining races on the card (£60 in total). Only deposits with Cards apply (Apple Pay deposits excluded). T&C apply. begambleaware.org SEE ALL FREE BET OFFERS FOR NEW AND EXISTING CUSTOMERS HERE