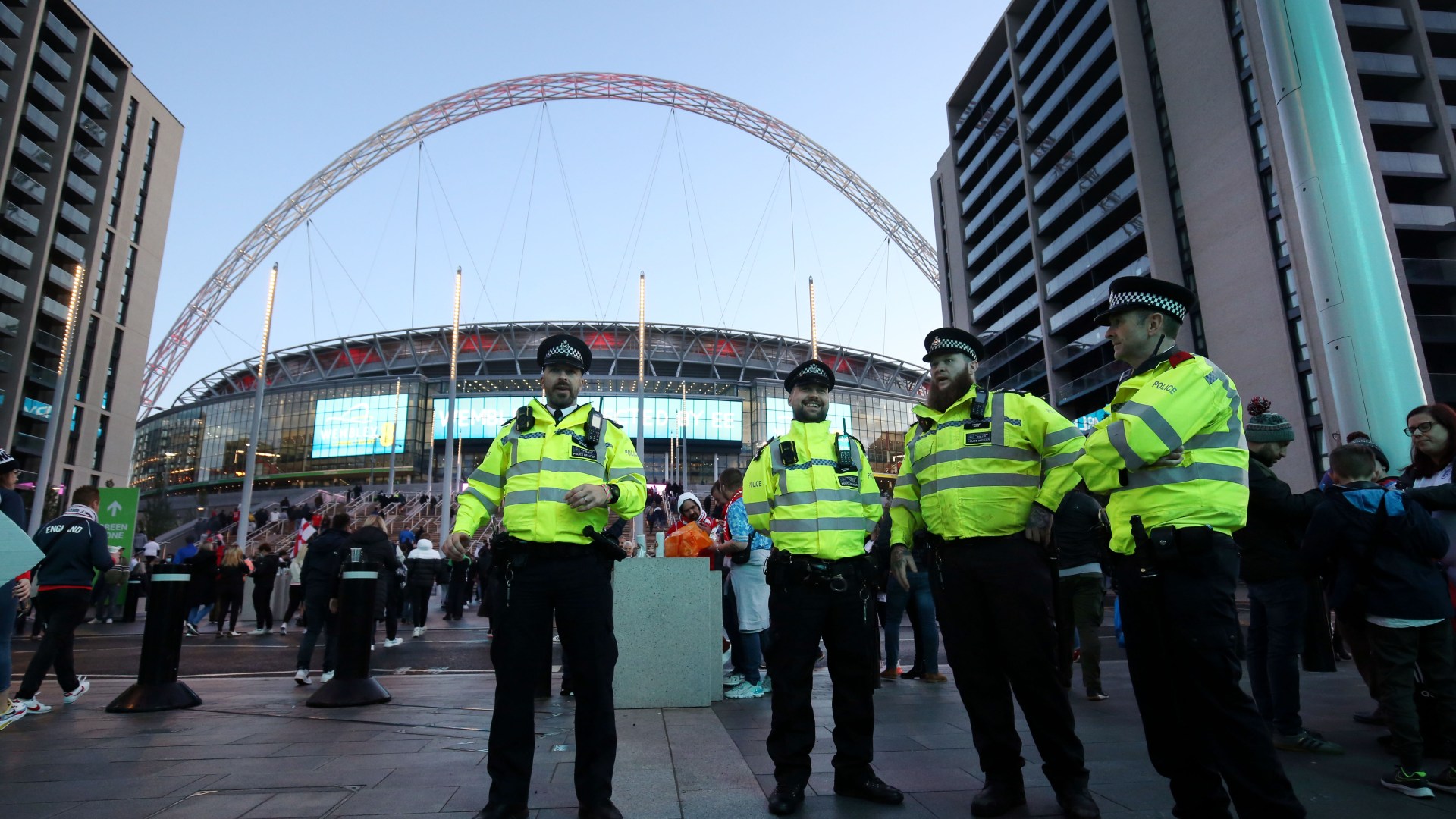 Eric Dier has been proven right in his concerns for a ‘serious problem’ of abuse in football, with statistics revealing a huge rise in criminal and anti-social acts at matches. The shocking extent of the rise of bad behaviour from football supporters in England and Wales last season has been published in data released by the Home Office. Dier opened up about the problems his family have had with fansGetty The new measures have been brought in with a spike in anti-social behaviour at grounds across the country towards the end of last seasonGetty Dier made backpage headlines this week as the Tottenham and England defender revealed the extent of the abuse and foul language faced by his family when they visit stadiums to see him play. It is so severe, he explained, that his mother, other family members and friends have stopped going to away matches. But bad language is far from the only issue facing the English game, with the figures showing a rise in drugs, hate crimes, pyrotechnics, missile-throwing, pitch invasions and arrests. In February, a joint investigation between talkSPORT and The Times uncovered the extent of the problem facing the English game, which include children being used to smuggle drugs and weapons into matches. On Wednesday the Premier League announced the introduction of a minimum one-year ban from home and away matches for any fan guilty of entering the pitch or carrying or using pyrotechnics. Dier also insisted fan behaviour has ‘got worse’ since the COVID-19 pandemic, and the statistics back him up. The final of last summer’s Euro 2020 final at Wembley was also marred by fan disorderTwitter Most read in Championship LATEST 'It's not signed' - Frank Warren gives Tyson Fury vs Anthony Joshua update WRONG Arteta blasted as ‘irresponsible’ and ‘self-indulgent’ for giving Nwaneri debut at 15 opinion 'Arsenal fans will be embarrassed about it' - Gabriel's tweet condemned by host UNLUCKY Woods 'baffled' by Maddison's England absence ahead of 2022 World Cup LAST CHANCE James wins right-back race and Bellingham starts – England line up vs Italy sou what 'I don't know what his problem is' - Grealish responds to Souness' criticism Reported incidents of disorder at matches in England and Wales were up by 60 per cent compared to the last full season before COVID. Incidents were reported at 1,609 of the 3,019 matches played in England and Wales over the course of last season – equating to 53 per cent. In 2018/19, there were reported incidents at 1,007 matches, equivalent to one third of the games played. There were 441 matches where pitch invasions were reported last season – up by a staggering 127 per cent on the 2018/19 campaign – and 384 matches where a hate crime incident was reported, an increase of 99 per cent. Football-related arrests were up by 59 per cent to 2,198 – the highest number of arrests since 2,273 were made in the 2013/14 season. West Ham had the highest number of arrests for a single club – 95 across the season – followed by Manchester City (76), Manchester United (72), Leicester (59) and Everton (58). The authorities issued 516 new football banning orders in the 2021/22 season, and 1,308 were in force at the end of the season. Arrests at football matches in England and Wales have gone upGetty There were 729 matches where possession of pyrotechnics was reported, and 561 where missile-throwing was reported. The arrest rate was 5.2 per 100,000 attendees in 2021/22, the highest figure since the rates were first published for the 2014/15 season. In addition to the reported incidents at matches, there were 52 recorded incidents of online hate crime linked to football between January 1 and July 28 this year. Chief Constable Mark Roberts, the National Police Chiefs’ Council lead for football policing, said on Thursday: “Disorder is a problem that has not gone away, and throughout the whole of last season we saw an increase in crime at football matches across the country – from the Premier League right down to the National League. “Following constructive talks with the Premier League, EFL and FA we are keen to support our partners in delivering their proposals – including the introduction of stadium bans for people who enter the pitch, as well as those who use pyrotechnics. “The statistics released today show a worrying rise in these crimes, which are both extremely dangerous for players, staff and fellow fans alike. As well as being banned, anyone who commits these offences should also expect to be prosecuted by the police. Children as young as 12 have been found to smuggle drugs, flares and weapons into matchestalkSPORT A police dog team is deployed outside a train station to confiscate drugs from football fanstalkSPORT “We know that drug use, along with alcohol, is one of the key factors which leads to disorderly behaviour, and we are pleased that the Government is adding Class A drugs offences to the banning order legislation. “This will provide police with another option to tackle criminal and anti-social behaviour by those who are under the influence of drugs. “Anyone who commits a criminal offence either outside or inside a football ground can expect to face the consequences of their actions. “The increase in arrests and football banning orders demonstrates that the police are taking positive action to tackle the problems, working closely with the Crown Prosecution Service. “We collectively need to make football a safe environment for the overwhelming majority of supporters who just want to enjoy the game.” Banning orders have been extended to cover anyone found guilty of an online hate crime connected to football, and the Home Office is committed to adding the possession or sale of Class A drugs to the list of offences for which a banning order can be imposed. The Home Office has also moved to ensure that the women’s domestic game is covered by the banning order regime.