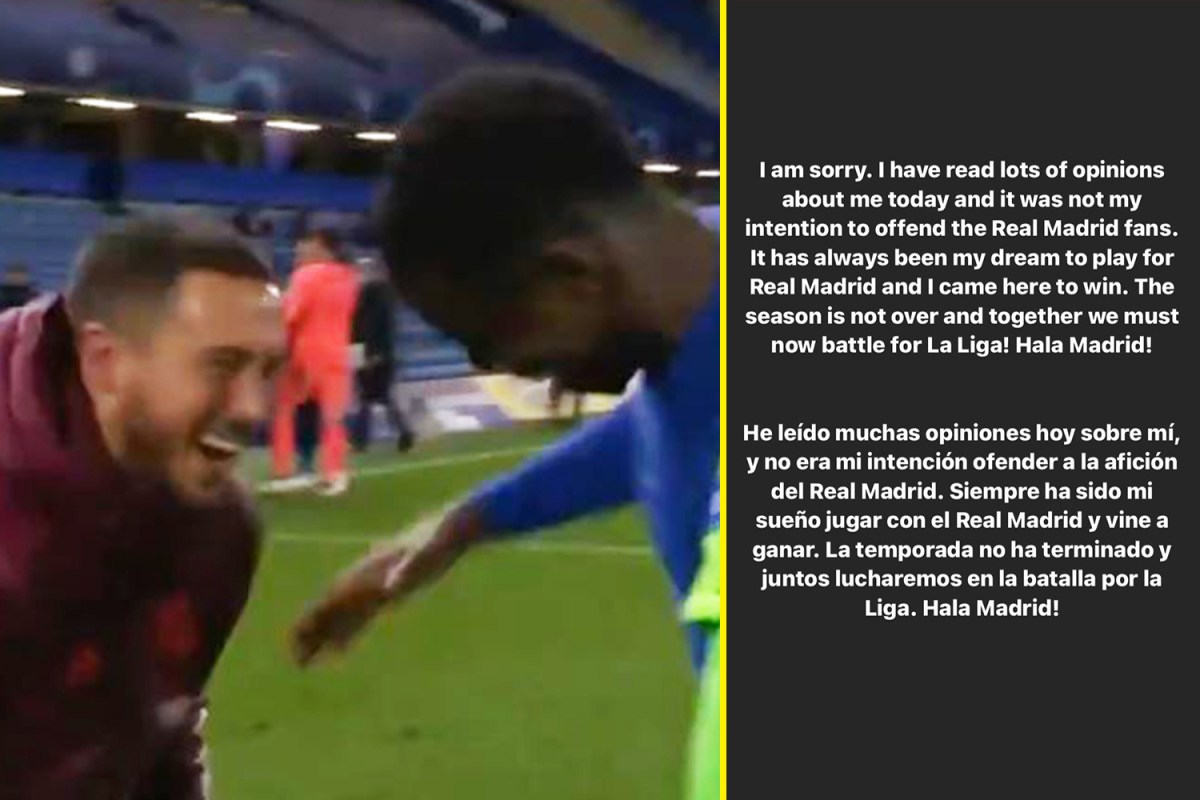 Eden Hazard has issued an apology to Real Madrid fans for laughing with a former Chelsea teammate after his side’s Champions League exit. The Real Madrid winger was seen giggling with Kurt Zouma after failing to leave his mark in a 2-0 semi-final defeat at Stamford Bridge on Wednesday night. On his Instagram Story, Hazard […]