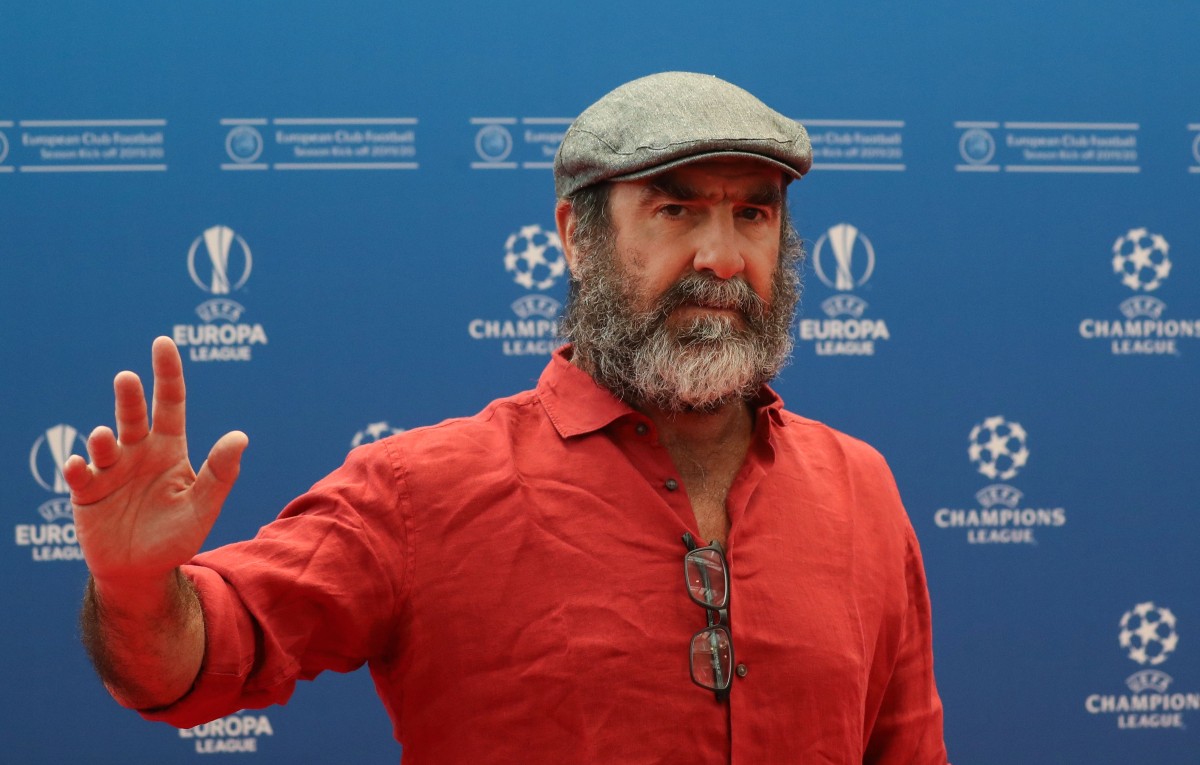 Manchester United legend Eric Cantona insists he’ll stop supporting the Red Devils if they rename Old Trafford with a sponsor, like Arsenal have done.The Gunners left their old ground Highbury in 2006 and moved to a new location nearby, with their new home immediately named the Emirates Stadium, with the airline also becoming the north London giants’ shirt sponsor.Arsenal are far from the only team to do this, but Cantona believes they’ve sold their soul, and hopes Man Utd never do the same or he’ll stop being a fan.The outspoken Frenchman is always fascinating to listen to, and it seems he has some very strong convictions on these matters, saying that he hopes Old Trafford remains Old Trafford.“We were speaking about my favourite football stadiums earlier but now all the stadiums are called Emirates or Allianz,” Cantona told The Athletic.Eric Cantona during his Manchester United days“These stadiums lost the soul and history of the club, like Arsenal and West Ham. I played at those old stadiums, like Highbury and Upton Park.“I spoke with some Arsenal fans and they hate these (new) stadiums. These fans lost the soul of their clubs.“Fortunately, Old Trafford is still Old Trafford. Anfield is still Anfield.“But can you imagine Old Trafford becomes a new stadium called by a brand? If one day they do that, I am sorry but I am not a fan of United anymore. And I quit football forever!“But please, don’t call this stadium Nestle, or Amazon, please. Old Trafford is Old Trafford.” More Stories / Latest News Newcastle make move to sign £116k-a-week star to help Sven Botman Sep 26 2022, 11:05 Exclusive: Man United had €40-45m-rated star on their list but chose Lisandro Martinez transfer instead Sep 26 2022, 10:47 Top Manchester United transfer target was not all that convinced by Erik ten Hag Sep 26 2022, 10:17 Cantona also spoke about boycotting the 2022 World Cup in Qatar, saying he plans to go travelling instead of paying any attention to the tournament, which starts in November.“It’s only about money and the way they treated the people who built the stadiums, it’s horrible,” Cantona said.“And thousands of people died. And yet we will celebrate this World Cup.“Personally, I will not watch it. I understand football is a business. But I thought it was the only place where everybody could have a chance.”The post Eric Cantona vows to stop supporting Man United if they do what Arsenal have done appeared first on CaughtOffside.