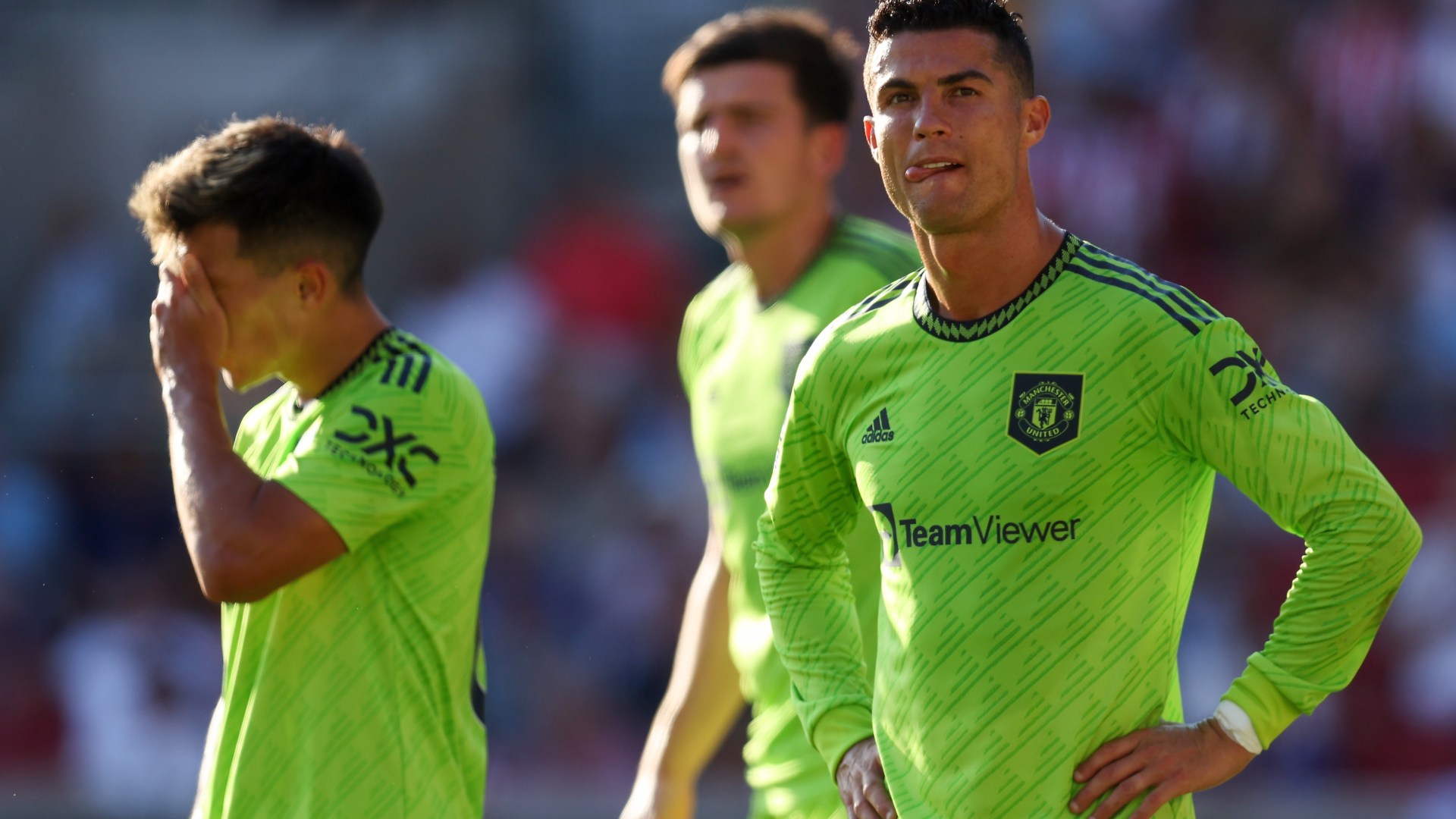 Manchester United boss Erik Ten Hag oversaw a ‘brutal’ training session in the wake of his side’s 4-0 drubbing at Brentford. United were blown away inside 35 minutes in west London leaving Ten Hag stunned. Manchester United were 4-0 down after 35 minutes against Brentford on SaturdayGetty The result left the Red Devils provisionally bottom of the league having lost both of their Premier League games so far with a goal difference of minus five. Post-match statistics showed Brentford ran 13.8 kilometres [8.5 miles] more than United’s faltering stars and as a result, according to The Times, Ten Hag ensured his players made up the deficit by instructing them to run the equivalent distance in training. United’s stars were scheduled to have a day off on Sunday but such was the severity of Saturday’s defeat, the Dutchman called his players in for the savage session. First-half goals from Josh Dasilva, Mathias Jensen, Ben Mee and Bryan Mbuemo gave Thomas Frank’s men a memorable win as they continued their unbeaten start to the season. After the game, Ten Hag reinforced the need for new faces at the club before the transfer deadline and explained why he made three substitutions at half-time. He told Sky Sports: “We need new players and quality players. We will try and convince them to join. Ten Hag was shell-shocked by his side’s first-half display at Brentford and cancelled his player’s day offAFP Most read in Football LIVE Chelsea 2 Tottenham 2 LIVE reaction: Tuchel and Conte sent off after heated clash heated Conte and Tuchel sent off for clashes as Spurs and Chelsea play out fiery draw news Man United deny claim they'll end Ronaldo contract, Fofana latest, De Jong update punished Ten Hag cancels stars' day off as ex-Chelsea man 'laughed' at Eriksen decision upset West Ham fans throw fake money at Jesse Lingard after snubbed summer transfer not good enough Sancho 'poor' and Rashford told to leave as Man United wingers criticised “Mistakes are part of football, you have to keep going but you have to especially act. [The substitutions] it was about bringing on fresh ones. I could have changed all eight others as well.” For United, the season goes from bad to worse as they prop up the table after just two Premier League outings. The 20-time league champions are already six-points adrift of neighbours Manchester City with the daunting task of Liverpool up next at Old Trafford, live on talkSPORT. A defeat against Jurgen Klopp’s side would increase the pressure on Ten Hag whilst plunging United further into the mire in what was supposed to be the dawn of a new era at the club. Betting Offers Of The Weekend ALL CUSTOMERS: Bet £5 via the talkSPORT EDGE app with Paddy Power and get a £5 free bet – available to all customers* – CLAIM HERE NEW CUSTOMERS: Bet £10 with Bet365, Get £50 in Free Bets* – CLAIM HERE Paddy Power All Customers: Place a £5 Sportsbook Bet through the talkSPORT EDGE app between the 1st and 31st August. Get a £5 free bet on the next Monday after your qualifying bet. T&C’s apply. 18+ Begambleaware.org Bet365: Open account offer. Bet £10 & Get £50 in Free Bets for new customers at bet365. Min deposit requirement. Free Bets are paid as Bet Credits and are available for use upon settlement of qualifying bets. Min odds, bet and payment method exclusions apply. Returns exclude Bet Credits stake. Time limits and T&Cs apply 18+ Begambleaware.org SEE ALL FREE BET OFFERS FOR NEW AND EXISTING CUSTOMERS HERE