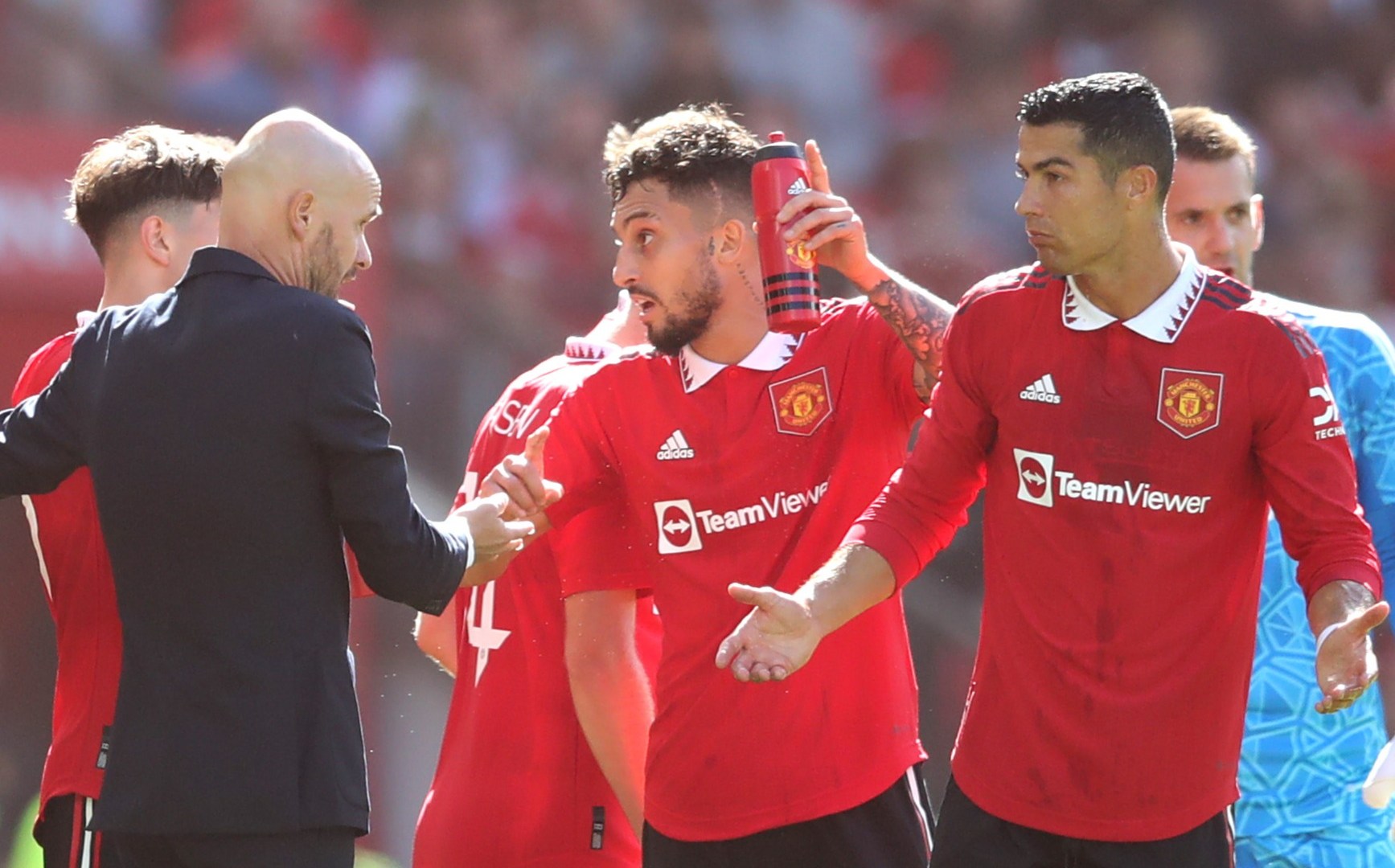 Erik ten Hag refused to be drawn on whether Cristiano Ronaldo would feature for Manchester United when they host Brighton this weekend. An injury to Anthony Martial has led to questions whether Ronaldo may start in the Red Devils’ Premier League opener, despite his lack of action in pre-season. Ronaldo wants to leave United this summer, but may not get his wishGetty Ten Hag has some big decisions on his mind regarding RonaldoGetty CR7 continues to be a big topic of conversation in the football world after revealing his intention to leave Old Trafford this season. This comes as the 37-year-old seeks to play Champions League football in the remaining years of his career. Ronaldo was limited to just 45 minutes of pre-season action under Ten Hag, before making headlines for leaving the clash with Rayo Vallecano early – with the manager later confirming he wasn’t the only one. With a Premier League opener against Brighton coming up this weekend, talk has turned to whether Ronaldo will be involved against Graham Potter’s side, particularly given the lack of depth currently available in attacking areas. However, speaking in his pre-Brighton press conference, Ten Hag refused to confirm his plans either way with an agitated response to questions about Ronaldo’s early exit from Old Trafford last week. He said: “What do you mean? Now I have to point, those who left, they were many players who left, but the spotlight is on Cristiano and that is not right. Most read in Football NEWS Tuchel confirms Cucurella move, Klopp rules out more Liverpool deals, De Jong latest confirmed Premier League introduces seven new rules including changes to subs and penalties line-up Arsenal to hand out three PL debuts and pick unorthodox right-back against Palace SPREE Boehly treating Chelsea 'like Football Manager' says Neville who makes Woodward claim advanced talks Everton suffer another striker blow with Wolves closing in on Chelsea man WEIRD 'What’s he ringing Terry for?' - Koulibaly's Chelsea shirt number gesture questioned Ronaldo looks unlikely to get his desired move away from UnitedGetty “So do your research and make out many players left, that was what was said. I don’t understand what is the relation, he was part of it. There were a lot of players.” Pressed for a response, he continued: “What do you mean? I’m really happy, I told you before, we have a top striker, really happy he’s here with the squad and we stick to the plan. “I think we’ve said enough on it [players leaving early]. I said it’s not correct. I’m satisfied with the whole team, we’re working good, good culture and Cristiano is working really tough and hard. “You mention it [that it is unacceptable], you correct them, then move on.” Asked if Ronaldo would start against Brighton, Ten Hag simply said: “We will see on Sunday.” The Premier League is back and talkSPORT has it covered, with games on Friday, Saturday and Monday, beginning with Crystal Palace vs Arsenal on 5 August Offers Of The Weekend Sky Bet: 50/1 for a shot on target in Crystal Palace v Arsenal* – CLAIM HERE Paddy Power: Bet £5 via the talkSPORT EDGE app with Paddy Power and get a £5 free bet – available to all customers* – CLAIM HERE Sky Bet: Over 2.5 goals in each of the 6 Premier League matches on Sat 6th Aug (was 33/1) @ 40/1 – CLAIM HERE Sky Bet: NEW CUSTOMERS ONLY. MIN/MAX STAKE £1. FREE BETS CREDITED ON TOP OF WINNINGS. FREE BETS CREDITED WITHIN 72 HOURS. 5 X £10 BET TOKEN. FREE BET STAKES NOT INCLUDED IN RETURNS. FREE BETS CANNOT BE USED ON VIRTUALS. FREE BETS ARE NON WITHDRAWABLE. NO FREE BET EXPIRY. ELIGIBILITY RESTRICTIONS AND FURTHER T&CS APPLY. Paddy Power: Place a £5 Sportsbook Bet through the talkSPORT EDGE app between the 1st and 31st August. Get a £5 free bet on the next Monday after your qualifying bet. T&C’s apply. 18+ Begambleaware.org SEE MORE FREE BET OFFERS HERE