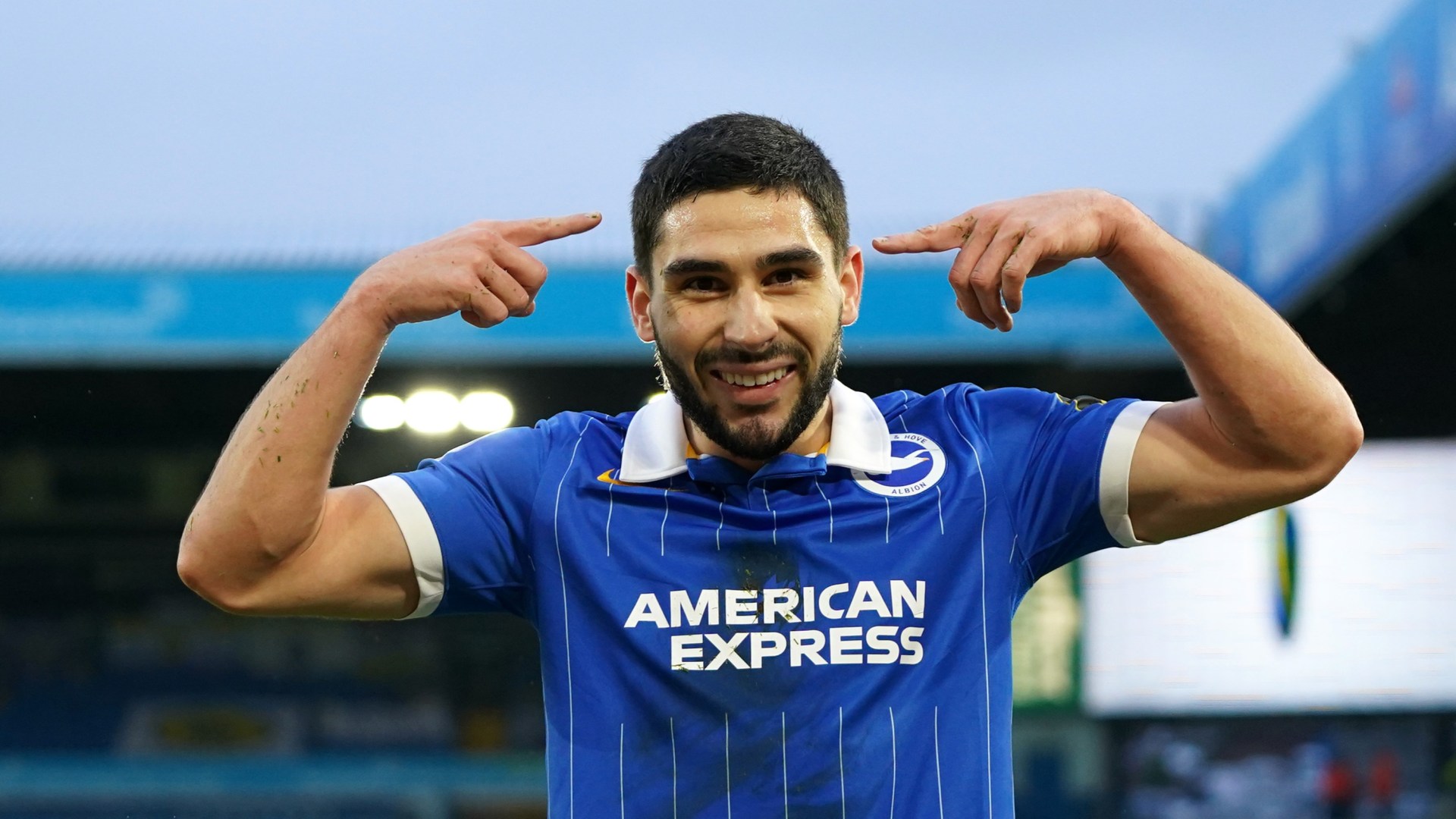 Neal Maupay is a man in demand this summer with three Premier League clubs battling for his signature. The Brighton forward has not featured at all for Graham Potter’s side this season as an exit nears. Maupay looks set to end a three-year stay at BrightonGETTY He has been with the Seagulls since a £20million move from Brentford in 2019. Maupay has gone on to score 26 Premier League goals in 102 games. Nottingham Forest had been leading the race to sign the striker, who is valued at around £15m. Steve Cooper’s side have undergone a massive overhaul this summer with 14 signings so far, with a number of names still likely to head through the door. The club hope Maupay will be one of them, bringing in vital Premier League experience. However, talkSPORT understands that Everton and Fulham have joined the race for his signature. Nottingham Forest, Fulham and Everton all want Maupaygetty Most read in Football gossip Everton reject Gordon bid, Ronaldp exit, Man United offer £42m deal for new striker PENALTYGATE Messi's reaction when Mbappe bumps into him as he asks Neymar for penalty rage Nunez 'a good boy', says Klopp amid calls for Liverpool man to get five-match ban near Man United set to sign Atletico Madrid star in £42million deal call up ‘Bring it on, son’ - Graeme Souness challenges Tyrone Mings to phone talkSPORT crazy Klopp raged as 'idiot' stops play by running on pitch as Liverpool chased winner The Toffees are in dire need of striking options, with Anthony Gordon forced to play in the No.10 role at the start of the season. Richarlison was sold to Tottenham in the summer, while Dominic Calvert-Lewin is injured. Fulham have Aleksandar Mitrovic, who scored two goals on the opening day against Liverpool, but Maupay would add depth to their squad. Offer Of The Day PADDY POWER ALL CUSTOMERS: Bet £5 via the talkSPORT EDGE app with Paddy Power and get a £5 free bet – available to all customers* – CLAIM HERE BETFAIR NEW CUSTOMERS: Bet £10 on 13.50 York on Wednesday, Get £60 in Free Bets* – CLAIM HERE Paddy Power All Customers: Place a £5 Sportsbook Bet through the talkSPORT EDGE app between the 1st and 31st August. Get a £5 free bet on the next Monday after your qualifying bet. T&C’s apply. 18+ Begambleaware.org Betfair: 18+. New customer offer. Bet £10 on SBK on the 13:50 York, Wednesday, 17th August. Get a £10 free bet for each of the remaining races on the card (£60 in total). Only deposits with Cards apply (Apple Pay deposits excluded). T&C apply. begambleaware.org SEE ALL FREE BET OFFERS FOR NEW AND EXISTING CUSTOMERS HERE