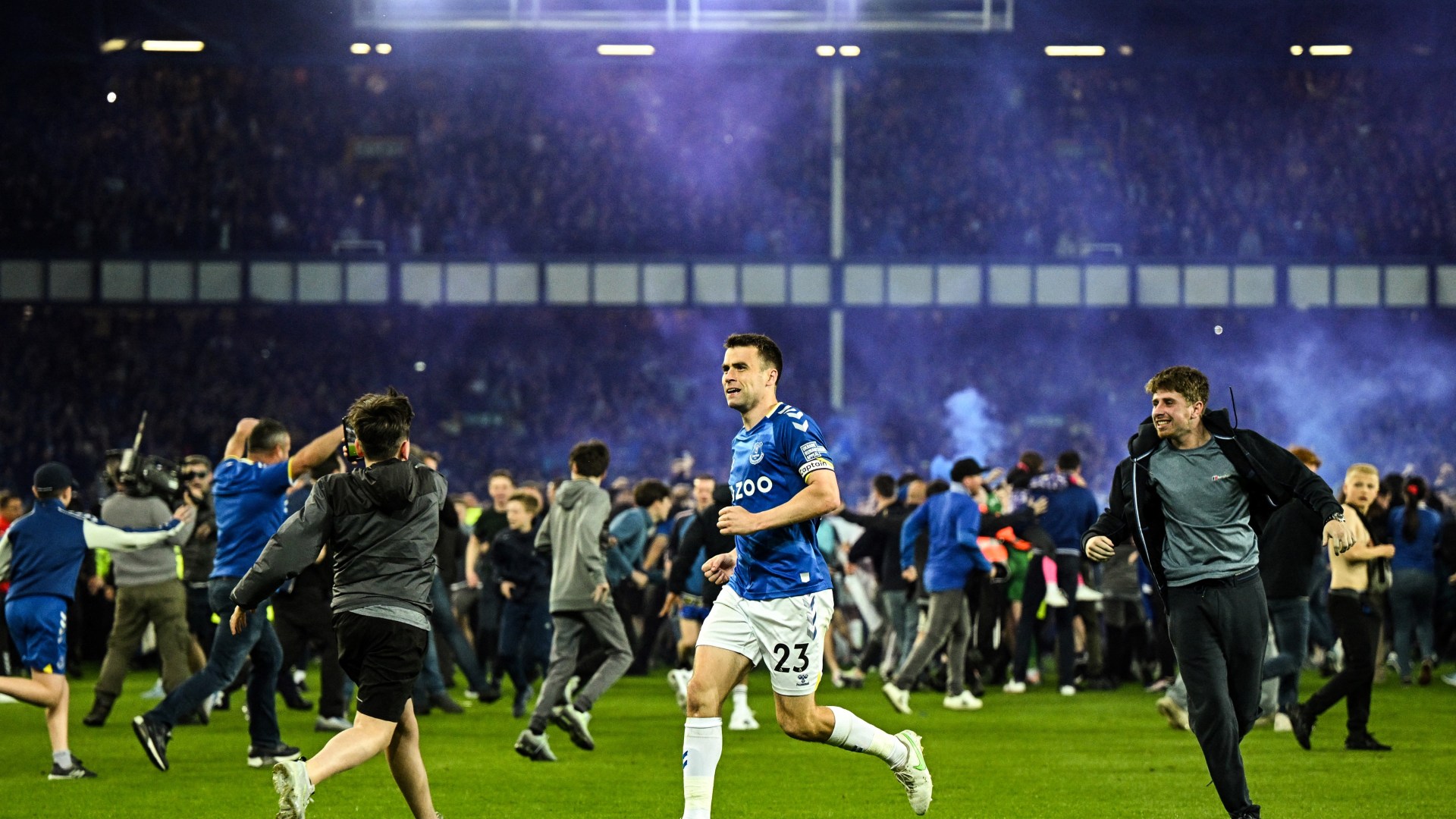 Everton have been fined £300,000 by the English Football Association for pitch invasions following their clash with Crystal Palace in May. Supporters entered the field of play at Goodison Park during the Premier League clash with the Eagles, a match that the Toffees won 3-2. Everton have been fined £300,000 after invading the pitch in MayGetty Vieira didn’t look happy as he was verbally abused by one supporterTwitter: @frankie_efc Twitter: @frankie_efcVieira was then shoved by another supporter in unsavory scenes[/caption] That result was huge in the context of Everton’s season, with the Merseysiders guaranteeing their Premier League survival for another year following a difficult campaign. It was Dominic Calvert-Lewin’s effort in the 84th minute that sparked the scenes of celebration, while they they restarted again after the final whistle of the match. As well as supporters filing onto the Goodison Park pitch, Patrick Vieira was also involved in an altercation with supporters who verbally abused him. As well as getting in the French manager’s face and sticking his middle finger up, the supporter could be heard saying: “Suck on that, you muppet. Get in. Hey, f*** off!” The video then appeared to show the fan stumbling to the floor. Following an investigation, the FA revealed their decision in a statement on their social media channels. Most read in Football joker Haaland in hysterics after Manchester derby day promo message with Neville pick Documentary shows how Haaland chose Man City - and Man United weren't even considered NLD No Jesus and Martinelli but four Spurs stars in, as Parlour picks his combined XI overhaul Bowen and Soucek out, Scamacca starts in line-up West Ham fans are crying out for TALKS Moshiri in 'advanced talks' over £400m deal to sell Everton to American mogul quit Alexander-Arnold told to retire from England duty after Southgate's Trippier 'insult' pic.twitter.com/1m0w4R6a9l— FA Spokesperson (@FAspokesperson) September 30, 2022 Supporters stormed onto the pitch following their victory over Crystal Palacegetty As a result the Toffees have been punished by the FAgetty They wrote: “Everton FC has been fined £300,000 for two breaches of FA Rule E20 that occurred during the 84th minute of its Premier League fixture against Crystal Palace on Thursday 19 May 2022 and following the final whistle,” an FA spokesperson said. “Everton FC admitted failing to ensure that its spectators – and all persons purporting to be its supporters or followers – conducted themselves in an orderly fashion and refrained from using threatening and violent behaviour whilst encroaching onto the pitch area. “An independent regulatory commission subsequently imposed these sanctions, which remain subject to appeal, and the written reasons for its decisions will be published in due course.”

Who is Julian Alvarez? Man City’s ‘quiet’ star was linked with Manchester United, struggled for game time because of Erling Haaland, but is now making noise with Lionel Messi