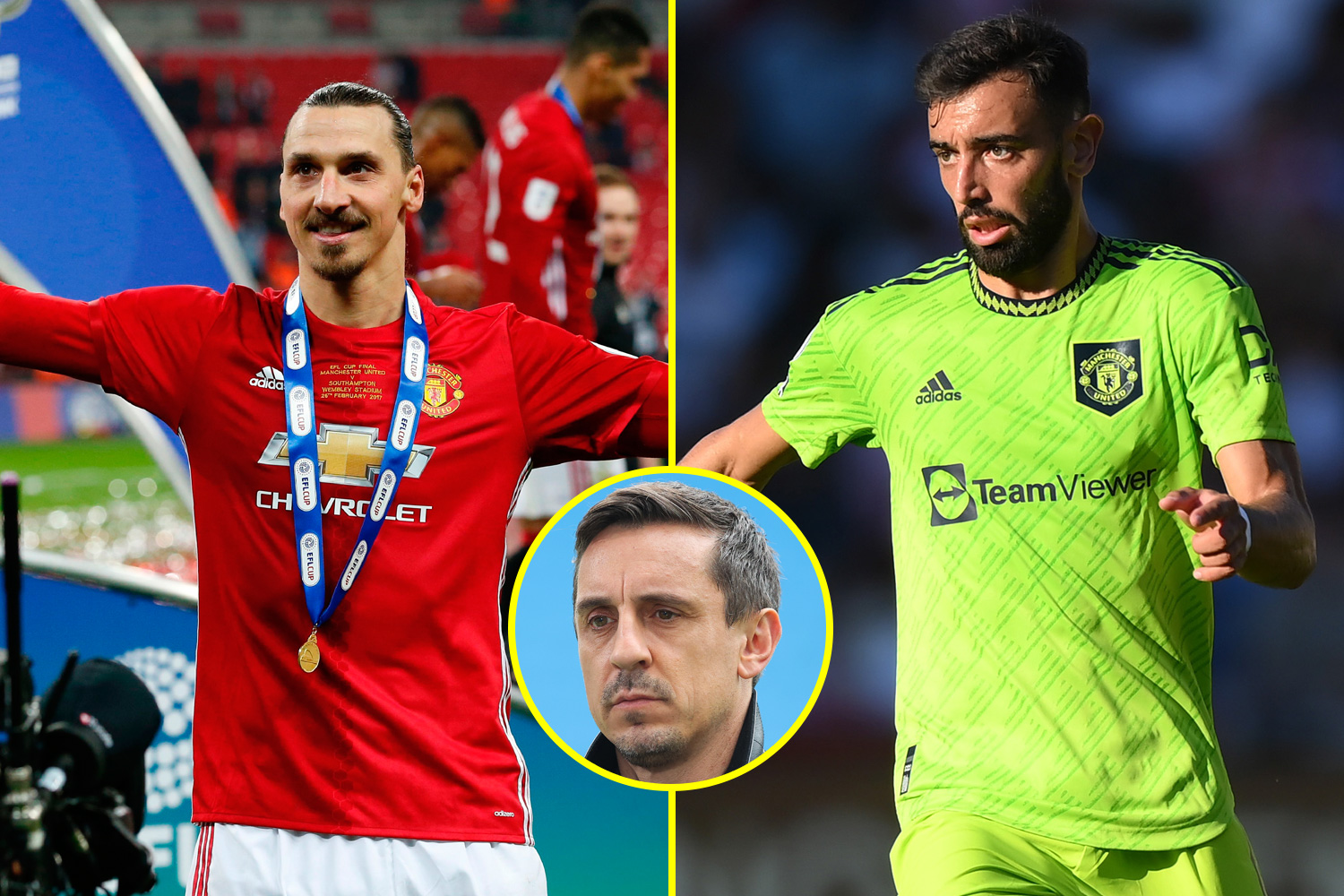 Gary Neville launched a stunning attack on Manchester United’s recent transfer policy after the 4-0 hammering at Brentford. The Red Devils remain under the microscope following a catastrophic start to the season, reaching new lows with humiliation in west London. United are rock bottom of the Premier League after two defeats in two gamesGetty United legend Neville called out a ‘culture of failure’ at Old Trafford and highlighted their embarrassing transfer record since Sir Alex Ferguson left as manager in 2013. Despite spending £1.25billion on 33 major signings over the last nine years, not including third-choice goalkeepers and young players yet to establish themselves, Neville only deemed two to be successful. Zlatan Ibrahimovic and Bruno Fernandes were placed on the green list, while seven others, including Cristiano Ronaldo, were on the amber list. The remaining 24, featuring the likes of Paul Pogba and Jadon Sancho, were all condemned to the red list. And according to Neville, United has become a ‘graveyard’ for footballers. Speaking on Sky Sports’ Monday Night Football, he said: “United have flip-flopped between managers and strategies. Neville delivered his verdict on all 33 major signings since 2013Sky Sports Most read in Football latest gossip Man United close in on £43m striker, Wolves agree record deal, Chelsea push PENALTYGATE Messi's reaction when Mbappe bumps into him as he asks Neymar for penalty rage Nunez 'a good boy', says Klopp amid calls for Liverpool man to get five-match ban near Man United set to sign Atletico Madrid star in £42million deal call up ‘Bring it on, son’ - Graeme Souness challenges Tyrone Mings to phone talkSPORT crazy Klopp raged as 'idiot' stops play by running on pitch as Liverpool chased winner “I was excited about a lot of those signings, even last year with Sancho, Raphael Varane and Ronaldo. “It has become a graveyard for footballers this football club.  “Seventy five per cent of those signings have not worked. “Four or five per cent have worked – that is a horror story. Ibrahimovic won two trophies with Man UnitedAFP - Getty “We have blamed the players a lot over the last ten years. “When a school is underperforming, they get put in special measures by the government and you don’t blame the kids.” Meanwhile, Neville predicted a bottom-half finish for the Red Devils, particularly if wantaway superstar Ronaldo leaves. He added: “They are damned if they do and damned if they don’t sell Ronaldo. Wantaway star Cristiano Ronaldo showed his frustration during the 4-0 loss on SaturdayGetty “A few weeks ago the best thing to do was facilitate a move away, now if they lose him there is no goalscoring left. “If they don’t bring players in or players don’t perform and they sell Ronaldo, I think they can finish in the bottom half of the Premier League. “They are absoutely demoralised and shot to pieces. “Erik ten Hag in pre-season got them to a confident level but they have gone back to default. It has been an underwhelming window for manager Ten HagGetty “To not get the players he wanted is an absolute shocker. “United will ride the wave and get through this season but will have to live through the rockiest times since getting relegated 40 years ago.” Offer Of The Day ALL CUSTOMERS: Bet £5 via the talkSPORT EDGE app with Paddy Power and get a £5 free bet – available to all customers* – CLAIM HERE NEW CUSTOMERS: Bet £10 with Bet365, Get £50 in Free Bets* – CLAIM HERE Paddy Power All Customers: Place a £5 Sportsbook Bet through the talkSPORT EDGE app between the 1st and 31st August. Get a £5 free bet on the next Monday after your qualifying bet. T&C’s apply. 18+ Begambleaware.org Bet365: Open account offer. Bet £10 & Get £50 in Free Bets for new customers at bet365. Min deposit requirement. Free Bets are paid as Bet Credits and are available for use upon settlement of qualifying bets. Min odds, bet and payment method exclusions apply. Returns exclude Bet Credits stake. Time limits and T&Cs apply 18+ Begambleaware.org SEE ALL FREE BET OFFERS FOR NEW AND EXISTING CUSTOMERS HERE